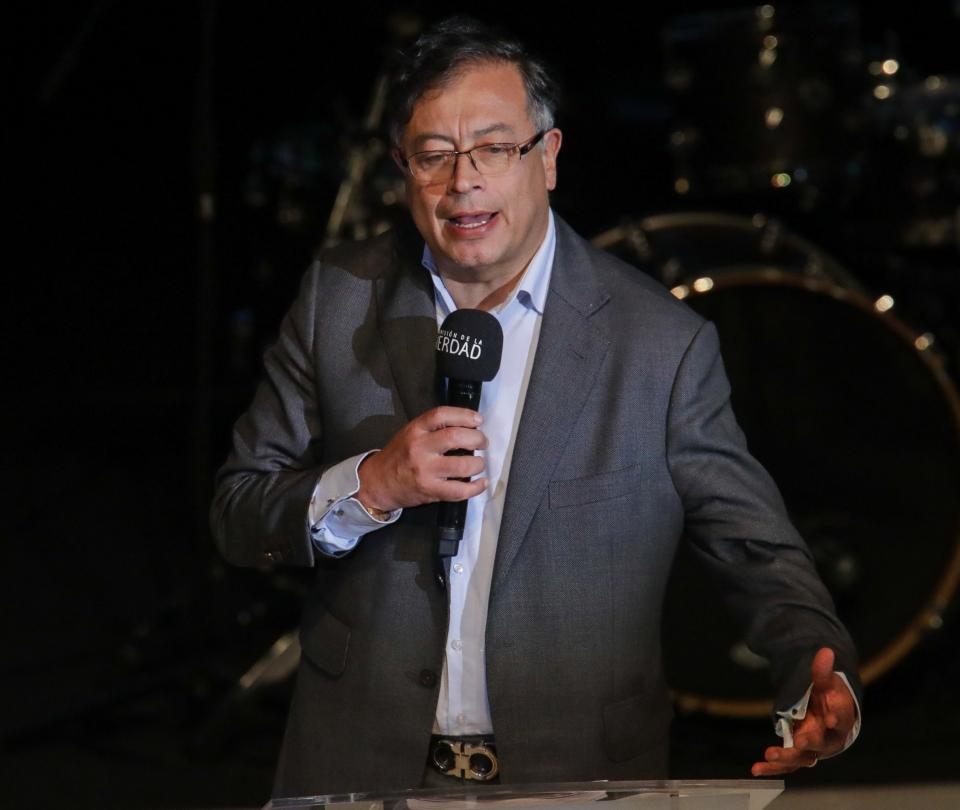 With the presentation of the final report of the joint teams of the outgoing government of Iván Duque and the interim of Gustavo Petro, the priorities of the next mandate, which begins this Sunday, August 7, were also defined.

(‘We are not going to govern with a rearview mirror’, conclusions of the joint).

These urgent actions are based on their direct impact in variables such as employment, poverty, inequality, guarantee of rights, protection of the environment, among others, which is why they will be prioritized on the agenda of the incoming government.

Here are the topics that the Petro Government will focus on in the first 100 days:

The new government contemplates declare a moratorium mining that allows:

– Establish the country’s potential in terms of strategic minerals for the energy transition and search for mechanisms that allow their exploitation and use in local industry.

– Review the coordination and concurrence agreements signed by the National Mining Agency with the mayors.

(Follow live the details of the final report of the Duque – Petro junction).

– Design a new mining model that is in line with environmental prohibitions and restrictions and land use planning schemes.

– Promote the Escazú Agreement and make a symbolic act of its presidential sanction.

– Decision on EPS that do not comply with financial indicators and financial recovery of hospitals and clinics.

– Start of the implementation of the preventive and predictive model, supported by the Primary Health Care (PHC) strategy and the Comprehensive and Integrated Health Services Networks (RIISS) and a plan for centralized purchases of high-impact medicines.

– Start of the implementation of shock interventions in prioritized public health problems: maternal mortality, infant mortality and mortality due to malnutrition.

– Obtain the acceptance of the Secretary General of the United Nations for the establishment of the International Commission Against Impunity in Colombia.

– Make public the agendas of senior executive officials and request congressmen from the government caucus to join this initiative; the agendas must be available for citizen consultation.

-Launch of the participatory process for preparing the National Development Plan, including the measures, mechanisms and methodologies for collecting inputs from citizens, social groups, entities, officials, among others.

-Review the proposal to expand the budget base of the public higher education institutions of the State University System (SUE): agreement between the Nation and the SUE as the first stage of strengthening public universities.

-Reform of the General Participation System.

-Retake the initiative together with the Foreign Ministry to send a joint communication to the United Nations System and express the unilateral will of the Head of State to adopt and implement the Declaration of the Rights of Peasants (this has force in international law as a source of law) .

(Contracts and treaties in disagreement in the splicing process).

– Regulate Law 2183 of 2022 for the adoption of the National Agricultural Input Policy (fertilizers) with a special emphasis on farmers, family and community farmers.

– Discuss the relevance of the reform or of advancing with the existing regulations.

– Statutory law for the creation of the agrarian jurisdiction.

-Design strategies to obtain the freedom of people detained in the framework of social protest.

– Declaration of Heritage of the Sierra Nevada de Santa Marta.

– Launch of a film project in alliance with Netflix for an investment of 4,000 million: a project with a differential gender approach that will benefit the territories of Chocó, San Andrés, Caquetá, Sucre and Cauca.

– Coordinate between both sectors the design and implementation of an Emergency Plan for the protection of the lives of social leaders.

– Adopt by decree an emergency protection and security plan for people who exercise social leadership, human rights defenders, signatories of the peace agreement and communities affected by the current worsening of the humanitarian crisis.

Advance in the dialogues with the ELN and in the methodological process of implementing Total Peace.

-Compliance with the provisions of Decree 1083 of 2015, chapter 5, “Entry of young people into public service”. Young Status, homologation of education by experience, internships such as work experience.

– File the bill for the DRAFE National System. Present management work plan in the legislative agenda for the processing and preparation to present a new Law of the National System of Sports, Recreation and Physical Activity and Scenarios (DRAFE).

– Create a human resources group that supports the President in the selection of first-level positions, with review processes that guarantee transparency in the procedure and compliance with requirements.

– Consider the forgiveness of Icetex credits of at least 4,500 young people who are in the category of “uncollectible”. Zero Enrollment Announcement in 2023.

With the presentation of the final report of the joint

MIAMI, United States. – This weekend the challenge was born

Within the framework of the Single Dialogue Table, the National

"He is by far the best player": Klopp’s assistant showers Luis Diaz with praise

Chinese rocket that was going to fall in Bogotá, what finally happened?

Gold has not been a refuge due to market volatility

Although in recent days it has registered a slight rise, the price of gold is at