Through a statement, Minera Panama said that “its objective continues to be to find a win-win agreement with the government that protects 40,000 formal jobs and protects our investment.”

These statements come after the President of the Republic, Laurentino Cortizo, reported on a national television channel that in the extraordinary Cabinet Council, held this Thursday, December 15, it was approved to instruct the ministers of Commerce and Industry, Environment and Labor to adopt These measures are in order to comply with the 2017 ruling of the Supreme Court of Justice that declared the contract between the State and Minera Panama unconstitutional.

In his letter, Minera Panamá also said that “We will continue to support our workforce, communities and suppliers, to preserve the value and integrity of Cobre Panamá”

In addition, Minera Panama extended its contract in 2017 and it remains valid until 2037. 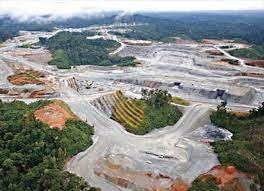 National Force will act in the security of the presidential inauguration

The National Force will act in security, on the occasion

The "what are you looking at silly" of Messi; the old year doll preferred by many

Legislators come forward and challenge the INE with spectacular #EsClaudia

With the recent changes officials will be able to freely