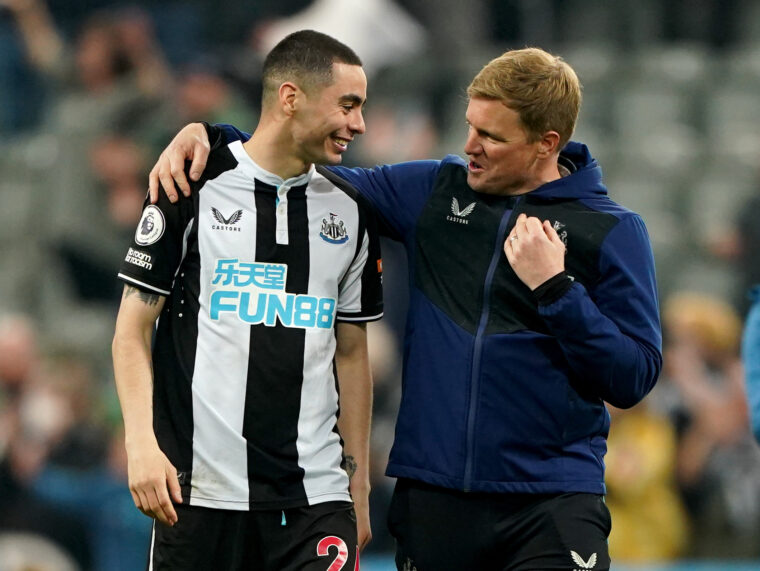 Howe, who joined Newcastle shortly after the British club’s purchase by a Saudi sovereign wealth fund, managed to keep the ‘Magpies’ in the Premier League last season.

“It’s a great feeling to commit my future to this amazing club,” said Howe.

The 44-year-old manager, who came to the ‘Magpie’ bench in November 2020, was without a team after leaving Bournemouth in August 2020 by mutual agreement with the club. Between 2012 and 2020 he led the club from League 1 (third division) until making the leap to the Premier League for the first time in the club’s history in 2015.

“I am extremely proud to be the manager of Newcastle United; I have enjoyed every moment here”, continued the coach.

Looking ahead to the new season, Newcastle was expected to spend heavily on the market with the backing of the Saudi Arabian Public Investment Fund.

So far, however, the club has been relatively modest with just 60 million pounds ($73 million) spent to sign Dutch defender Sven Botman and goalkeeper Nick Pope, as well as the re-signing of left-back Matt Targett.

“We are still at the beginning of our journey,” Howe said. The former Bournemouth manager was criticized last season for failing to speak out against human rights abuses in Saudi Arabia.

“He is young, dynamic and an ambitious manager, who suits Newcastle well,” the club said in a statement.

Newcastle kick off their Premier League season on Saturday (11:00) at home against newly promoted Nottingham Forest.

Howe, who joined Newcastle shortly after the British club’s purchase

Canela is the novel filmed in Arequipa where the recently

The Executive Branch ordered yesterday the delivery in extradition to

Government promotes program of access to own housing for vulnerable population

With the presence of the president, Luis Lacalle Pou, the

In the course of the morning, the DNCP published that the company Dionel Olmedo Nuñez was

The vulgarity of our politicians demonstrates the limits of their worlds. The obscene statements, the harsh

Head of ANR asks the Embassy to meet with US congressmen