The head of the Public Ministry, Patricia Benavides, today presented the prosecutor Marita Barreto as coordinator of the special team that will investigate the cases linked to President Pedro Castillo. His announcement was anticipated by Peru21.

After the presentation of this team, Barreto Rivera was asked if they would be in charge of the investigation of President Pedro Castillo’s sister-in-law, Yenifer Paredes, and clarified that if she meets the requirements, they will be able to see the issue.

“The resolution has a mandate and requires three budgets, if that investigation (of Pedro Castillo’s sister-in-law) is within these requirements, then it would also have to know these specialized prosecutor’s offices. What I can guarantee is that corruption in power, never again”, he declared for the press.

Likewise, when asked by this newspaper, the prosecutor assured that all the inquiries that go to this group will include the processes of effective collaboration that have been presented previously. For example, the folder of lobbyist Karelim López, in the hands of money laundering prosecutor Luz Taquire; and that of the businessman Zamir Villaverde, which was opened by the anti-corruption prosecutor Karla Zecenarro.

“The investigations that pass to this special team, also pass all the effective collaboration processes to continue with the procedure.”, he explained.

“Every investigation deserves a strategy, every investigation has to be previously and strategically analyzed on how the case is going to be approached. The task that we have, which is to conclude the investigations in the strictly necessary timeframes in a speedy manner”, he added.

“The purpose of this special team is to confront public officials, both high-level and mid-level, in the fight against corruption.. What it is about are seeing complex cases linked to the political level. Experience has taught that when there is dispersion of investigations, there could be contradictory decisions or unnecessary delays in the investigations.”, he pointed out.

The group designated by the head of the Office of the Prosecutor of the Nation is also made up of prosecutors Raúl Huamán and Hans Aguirre, Erick Vásquez, Magaly Ramírez and Ángela Osorio. 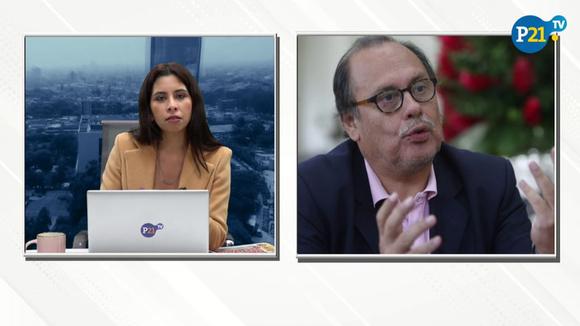 The head of the Public Ministry, Patricia Benavides, today presented

Montecristi.- Residents of several communities in the coastal area of

The consumption of dairy products in Uruguay continues to increase

the president of CubaMiguel Díaz-Canel, greeted the people of Venezuela

Gratuity for July 2022: with this formula calculate the payment you will receive for National Holidays

Prosecutor of the Nation and the revolution of the deputies

The new prosecutor of the Nation, Liz Patricia Benavides Vargas, began a great transformation in the