The mayor of the Atalaya district, Tomas Robles, threatened to stop receiving garbage from the Mariato district and from 15 other institutions in the Santiago district, if they do not help him with the machinery he needs to process the solid waste that arrives. to the landfill in your district.

He stressed that at the moment he has already made the request to the Ministry of Public Works, but he has not yet had an answer and he hopes that they will solve it, otherwise he will not be able to receive waste from other places, since the situation has become unsustainable, because the garbage remains on the surface and this affects the entire watchtower population.

In addition to this, the mayor said that currently the fighters, after 4 in the afternoon, light the garbage to obtain the iron and wire from the waste, a situation that has caused harmful effects on the health of the residents of the surrounding areas. landfill.

“We are managing through the central government a team that would be a shovel and a tractor so that the garbage is not on the surface, but buried and that burning situation cannot occur,” he said.

He assured that currently more than 5,000 families are depositing waste in Atalaya, as are some 10 institutions in the Santiago district, who will be affected since the support provided to them will be suspended if the equipment is not obtained. 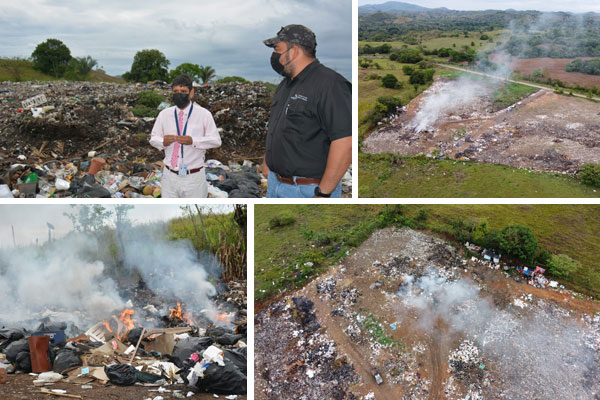 Bishop Ricardo Valenzuela spoke at Univerano 2023. During his presentation,

Protests in Peru: SHP warns that the violence “has ended up stoning tourism”

Social and political instability, as well as violence and protests

SANTO DOMINGO.- The authorities are expanding the investigations to determine

Blockchain technology: what is it and how can it affect our daily lives?

Raul Wins | January 23, 2023 The blockchain technology It is a decentralized way of storing