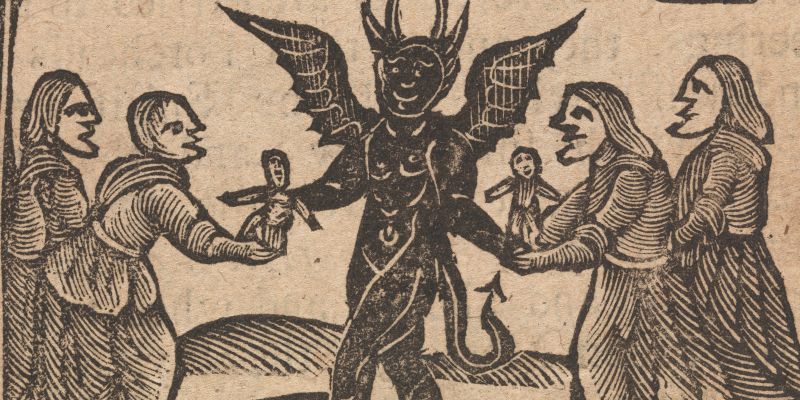 To the memory of those persecuted, convicted and murdered, victims of the “witch hunts” of recurrent fanaticism that fears freedom so much.

The Malleus maleficarum or Hammer of the Witches, was written and compiled by the priests of the Dominican order, Heinrich Kramer and Jacob Sprenger, and was published in Germany in 1487. It is a manual that had the amazing ability to transmute ignorance into “scientific” methodology. ”, that is, the ritornata barbarism in a clear expression of abstract understanding and especially of its armed arm, the instrumental ratio. In fact, starting with the Malleus, the narrow margin -already warned by Spinoza in the Theological-Political Treatise- was revealed between the boundaries of religious alienation and the schematization of knowledge, placed at the service of a certain hegemony constituted . Ideology, Marx called it. In the particular case of the Malleus, the great medievalist historian Jacques Le Goff has given an account of how, in 17th century France, the always somber members of the inquisitorial tribunals sentenced their victims in broad daylight, while at night , sheltered by the shadows, they dressed in fine robes of light to read the Discourses of the method of Descartes. It’s like the echo of that song from the 1980s of the already remote 20th century: “Without shadow there is no light”.

In any case, Malleus in hand, the incipient and very new subject, still overwhelmed by the waters of his own virtú, was methodically formed in suspicion, distrust and distrust. In one expression, doubt became an essential part of the new culture that was forging, slowly and progressively, the spirit of modernity, anticipating –via investments– the formal announcement of the arrival of a new era. History is cooked over a slow fire, and what appears is always the result of a long and painful process that objectifies and crystallizes the synthesis of oppositions. Who still believes in the purity of the sequence of images indeterminate by the antinomies, in the “this” or “that”, it is better to go to the movies. This belief – not infrequently imposed – is also part of the skein from which the fabric of the Malleus maleficarum arose. The weight of imposing a new cultural hegemony, beyond the limits of dogma, also has its consequences.

A year after the publication of the Malleus (Das Hexenhammer), Pope Innocent VIII recognized the pernicious existence of witchcraft as heretical. And in a papal decree –“Summis desiderantes affectibus”– urges the authors of the manual to continue the fight against witchcraft in Germany. In fact, the misogynists in question were appointed inquisitors with special powers. The effects were immediate in the rest of Europe, to the point that it is estimated that the number of accused and sentenced to die at the stake is between two and five million victims, in most cases women. This is a figure that, from an exponential perspective, could be equated with the deaths that occurred in the great world wars.

The truth is that the representation and consequent hunt for “demonological witchcraft” became popular and massive as a result of the Malleus, being an expression of undeniable authority and indisputable credibility for the general public. In such a way that if the Malleus said so, the doubt necessarily doubled: on the one hand, “the case” in question became rigorously “indubitable”. But, on the other, and precisely for this reason, the doubt towards the accused completely filled the minds and hearts of all the “good and safe”, even, in the case of their own relatives and neighbors, at that time, diligent “cooperating patriots”, because, as is known, “you never know”, and “the devil always tempts”. Perhaps that is what explains the “delights” of the third part of the Malleus, whose content details the methods -precisely- to detect, prosecute and sentence witchcraft. Torture appears, furthermore, as an exercise of indispensable rigor, and the judges are instructed to deceive the accused, promising him mercy in case of confession. Finally, in the West, fundamentalist fanaticism has in the Malleus maleficarum one of his header texts and one of his greatest inspirations.

Hence, with the Malleus, and for the first time in history, an etiology of evil emerges systematically and, with it, the legitimation of violence and punitive power that, in substance, has remained intact until the present. The circumstances change, the content of the accusations and, of course, the victims against whom the persecution is exercised. But what does not seem to have changed until now is the fact that in every massacre suffered by humanity, of which there is news from the beginning of the modern era to the present time, however small or large it may be, faithfully reproduces the same structure of the Malleus maleficarum, their “logic”, the logic of the perpetrators. Its inquisitive precepts have sustained every suspicion, every accusation, every persecution, every imprisonment, every torture and murder committed in the name of the presence of an imminent conspiracy, of an imminent “risk”, a “threat” against the foundations and the “order”. nature” of the “good” humanity, the “good” religious beliefs or the “good” State, for which extraordinary measures must be taken to combat, suffocate and crush it. It is the foundation of the codex of all punitive power, the force that animates the machinery of repression that verticalizes political and social power, generating the infrastructure on which the states of collective paranoia that justify the totalitarian exercise of power grow and materialize. The structure of the Malleus has been the premise of fascism and Nazism, Stalinism and McCarthyism alike. Today it is the source from which the slide suffered by postmodern political praxis towards gangsterism is nourished. The grotesque and not at all innocent promotion of the figures of Supermustache and Dracula -in this case, it is the fantocification of the already fantocized Hollywood image of Stoker’s novel, otherwise intoxicated by the effects of the Malleus-, in reality they hide the virtualization of a smoking mirage, the reflexive inversion of reality and, perhaps most importantly, the hypostatization of the cruelty of the criminal regime that keeps Venezuela hostage. Let those who describe themselves as “opposers” to gangsters, empiricists who love immediacy and short-termism, take notice.

This afternoon the reading of the sentence to the former

The hotels of the northern beaches they expect the occupation

Long weekend: it is estimated that 2 million people will mobilize throughout the country