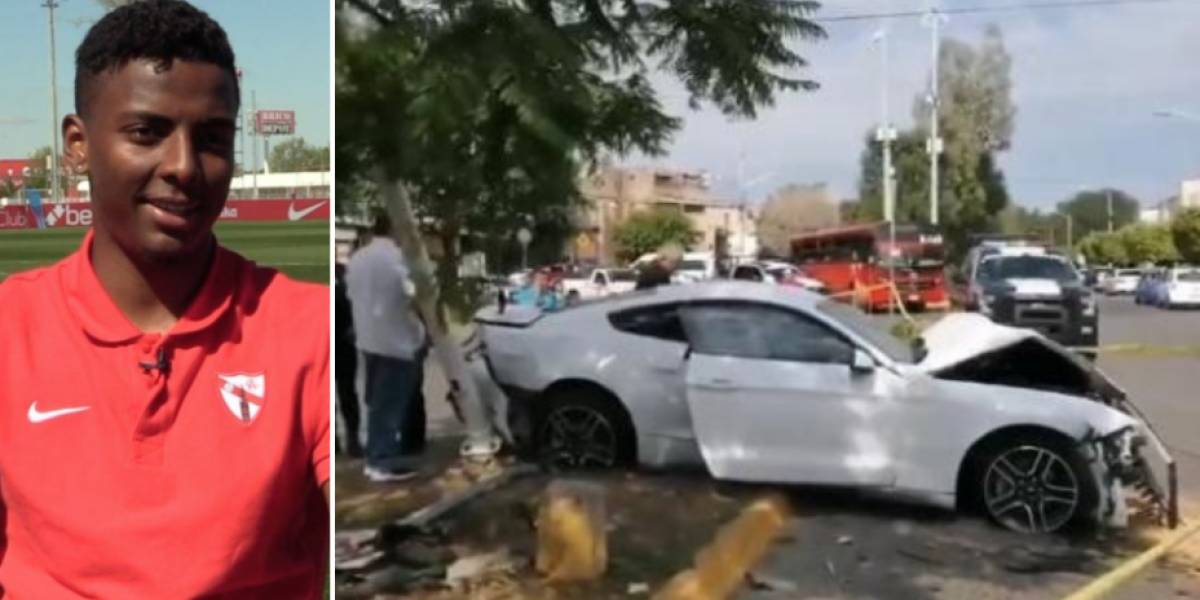 A Mexican court decided this Wednesday not to reinstate the judicial process against the former soccer player of the Seville Atletico Joao Maleck, responsible for the deaths of two people in a car accidentand maintained the decision to set him free.

At the hearing, the Third Collegiate Criminal Court of the Third Circuit determined to deny the amparo appeal filed last October by the family of María Fernanda Peña, one of the victims, and concluded that the sentence was in accordance with the law.

The relatives asked that the federal justice authorities take into account the aggravating circumstances of speeding and alcoholism proven in the first trial, to increase the sentence given to the soccer player, who was released from prison after paying compensation.

The court also ordered to analyze the amount of compensation for the damage that was imposed on Maleck, so the player could be forced to pay a different fine than the one that had been imposed.

In a statement, María Fernanda’s aunt, Claudia Álvarez Ugena, said she “disagrees with what was unfairly resolved today” by the court and stated that in a few days they will announce the legal strategy that will be followed in the case.

“Once again they spit in our faces, they make fun of us again. The message is clear: justice has a price in Mexico. Unfortunate, but true. Today they killed you again, Fer, your mother and me, we they gave the final blow. Today we lost again”, he said.

June 23 marked three years since the former Sevilla footballer was involved in a speeding car accident in which Peña and Fernando Castro, a newlywed couple, died.

He paid compensation and was released from prison after two months

In October 2020, Maleck was found guilty of double aggravated manslaughter caused by the accident and was sentenced to three years, eight months and 15 days in prison.

Two months later, the player was released from the Puente Grande state prison in Jalisco after the automobile insurer paid compensation of three million pesos (about 146,000 euros) to the relatives of the victims.

Peña’s family had reported threats against him that made them fear for his life, in addition to an alleged attack on his lawyer Anuar García, days before the court’s decision.

At the time of the accident, Maleck was playing for Sevilla in the second division B of Spanish football, which terminated his contract. Today he plays for Tepatitlán in the Mexican second division.

Maleck will remain free: “They spit in our faces again”

A Mexican court decided this Wednesday not to reinstate the

Wall Street ends higher confident in the US economy.

The New York stock market ended yesterday in positive, with

The head of the main public health agency in USA

Mexico is confident that Tecatito will reach the World Cup: “We are waiting for it”

Under suspicion a Boca Juniors match

‘Tecatito’, between four and five months off

Pressure on the leader in Argentina