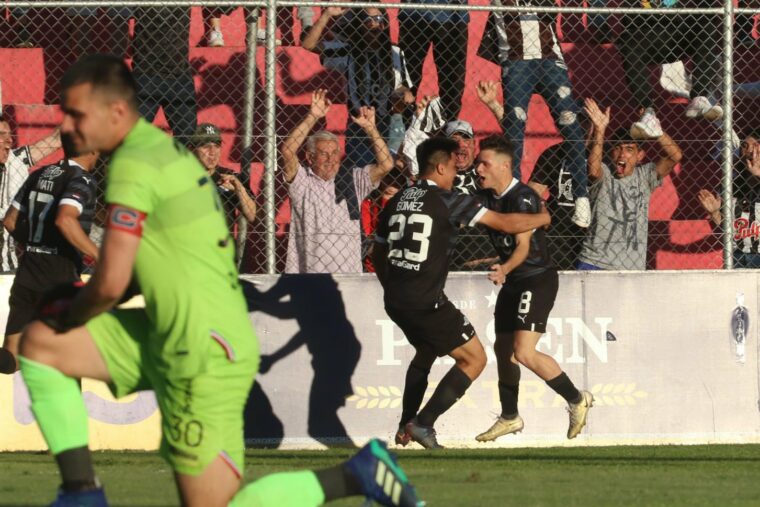 The Arsenio Erico stadium received an interesting flow of public today in the clash between tricolores and gumarelos for date 7 of the Clausura 2022 tournament.

And it is that the circumstances forced the protagonists to offer a show that lives up to expectations. With a back and forth rhythm, they unleashed an all-out war that caused several shocks throughout the first 45 minutes.

Intense, aggressive for wide passages, fought as equals, until with the first bars of the complementary period came a direct red card for defender Wilson Ibarrola (51′), for which Nacional was forced to take his foot off the accelerator ( the numerical difference emboldened Daniel Garnero’s team).

Things were even better for Libertad as they found the go-ahead goal thanks to the mischief of the fast Argentine striker Bautista Merlini (56′).

El Trico was never the same after Ibarrola’s expulsion. He withdrew and facilitated the spaces that, later, the stainless Oscar ‘Tacuara’ Cardozo took advantage of to seal the 0-2 (74 ‘) and liquidate the file.

Guma pocketed the victory and the three points. At the moment, he is already waiting for what happens next with Cerro Porteño and Guaraní, he leads the contest with 15 units and in the company of Olimpia.

First defeat for Nacional (12 points), which fought as far as it could.

The Arsenio Erico stadium received an interesting flow of public

Once again the impartiality of the Huancayo Special Electoral Jury

Prices of all fuels will remain the same

Justice charged four people with the crime of brawl resulting

Goal and assist by Jesús Medina in Russia

Argentina declassifies documents of the dictatorial government of Lanusse

The cycle of Robert Pereira ended on October 12

Last night’s defeat against Tacuary (0-2) struck a chord with the Itaugo leadership, which withdrew its

The first Paraguayan cardinal will take office on Saturday, August 27, Mario Abdo will travel to