Lima Airport Partners (LAP) has been working since 2018 on the construction of the Expansion Project of the Jorge Chavez International Airport (AIJCH)made up of 3 important works: a new control tower, a second Landing track and a new passenger terminal. LAP will deliver the New Jorge Chávez within the terms established in the concession contract, thus reaffirming its commitment to the country and the development of airport activity.

Both the new control tower and the second runway are 96% complete and will soon be handed over to CORPAC for its implementation. The works of the new passenger terminal, meanwhile, have an advance of 8% and it is projected to put it into service for all Peruvians in January 2025.

LOOK: The Jorge Chávez will have a new runway in July

The proposal for operation with two terminals was presented in 2021, as a new alternative to operate the AIJC as of January 2025. To this end, LAP complied with submitting, for review by the DGAC, the conceptual design and operating mode for said proposal. In this sense, and after the decision of the DGAC and the MTC to operate with a single terminal, LAP will respect this position, reiterating its commitment to continue building a new airport that will generate more opportunities for all Peruvians.

The design and development strategy of the new passenger terminal aims to continue growing in size in response to future demand, meeting the requirements of the Concession Agreement regarding the optimal service levels stipulated by the International Association of Airlines (IATA). This is conceptualized to allow the Jorge Chávez to operate with a single terminal.

LAP has been generating more than 15,000 jobs since 2018 and today more than 3,500 people are working on the expansion project. Added to this is the positive impact that the project has for the communities in the surrounding areas, with whom it has been working within the framework of a very solid social responsibility program that meets IFC standards and generates job opportunities for the communities. nearby. The investment, which is 100% private, is backed by major banking entities and investors, and will be more than 1,600 million by 2025.

Within the framework of the Concession Agreement, LAP respects the decision of the authorities and will continue to invest in Peru, building a New Jorge Chávez that will contribute to development and turn our country into the hub of South America. 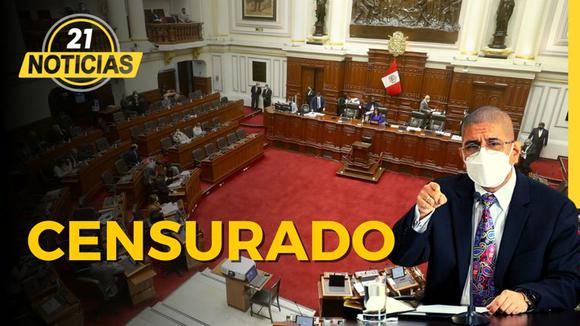 The Ministry of Health reported more than 500 cases of

With the motto “We serve from the heart”, Grupo Ramos

The UTE rates will have an average adjustment of 3.5%

Haitians kidnap merchants and impound their vehicles in Tiroli