The Roman Colosseum, the icon of the Italian capital, portentous witness to what was one of the greatest empires in the history of mankind, and wonder of the world, receives between 19,000 and 20,000 visitors daily. Before the pandemic reached the record figure in a year of up to six million tourists.

I read those figures in passing Twitter and I remember the endless queues and the swarm of outsiders when I visited this architectural gem built 2022 years ago. It was in a hot month of July 2017. There were so many people outside that I almost gave up going in. 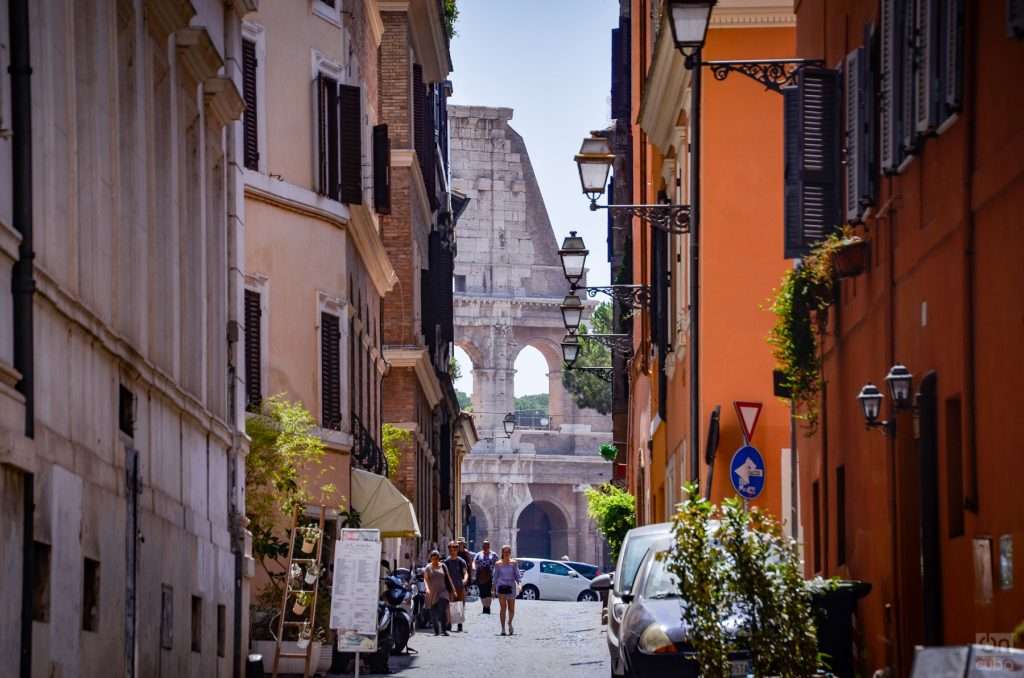 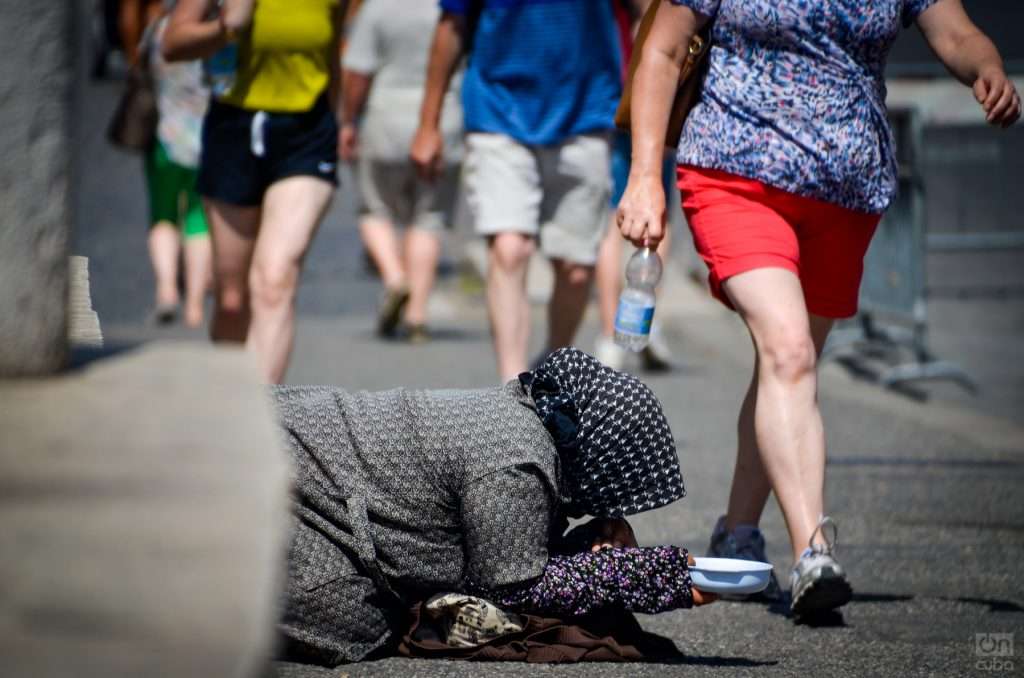 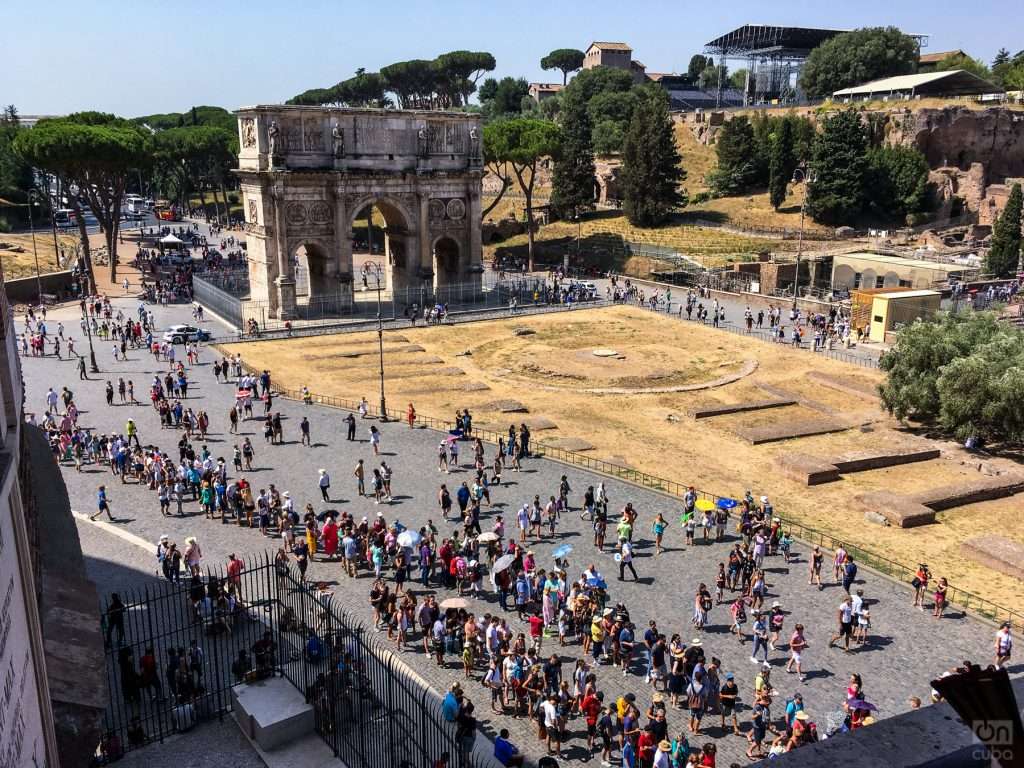 But, I passed the threshold of those giant arches of the doors when I heard a tour guide say that the Colosseum kept a number of curiosities little registered by the popular and tourist imaginary.

Let’s start “revealing” that its original name is Flavian Amphitheater. It is because it was Tito Flavio Vespasiano, Roman emperor who ruled under the name of César Vespasiano Augusto from the year 69 until his death, in 79 AD, who ordered the construction of the largest amphitheater in the history of the Roman Empire to entertain the people. . Vespasian was a demagogue who with this initiative sought to build a benefactor image. The authentic motto of “bread and circuses”.

Calling it the Colosseum seems to have come a long time later because of a statue embedded nearby, erected in honor of Nero Claudius Caesar Augustus Germanicus, the fifth Roman emperor. It is the same one that went down in history for setting fire to the city.

The first stone of the Colosseum was placed in the year 70 and was under construction throughout that decade. 1,000,000 tons of materials were used, including iron, travertine blocks, concrete, wood, brick, marble and rocks in light and bright tones.

The inauguration came in the year 80, although it would take two years for the Colosseum to be completely finished. The celebrations lasted 100 days uninterrupted and were a prelude to how bloody that place would be. During these celebrations, dozens of gladiators and thousands of animals lost their lives. For five centuries, the Colosseum was the main scene of bloody fights between gladiators, prisoner fights with wild animals such as lions and hyenas, executions of people and even naval battles. It is estimated that in those 500 years an estimated 400,000 men and a million animals died in that arena. 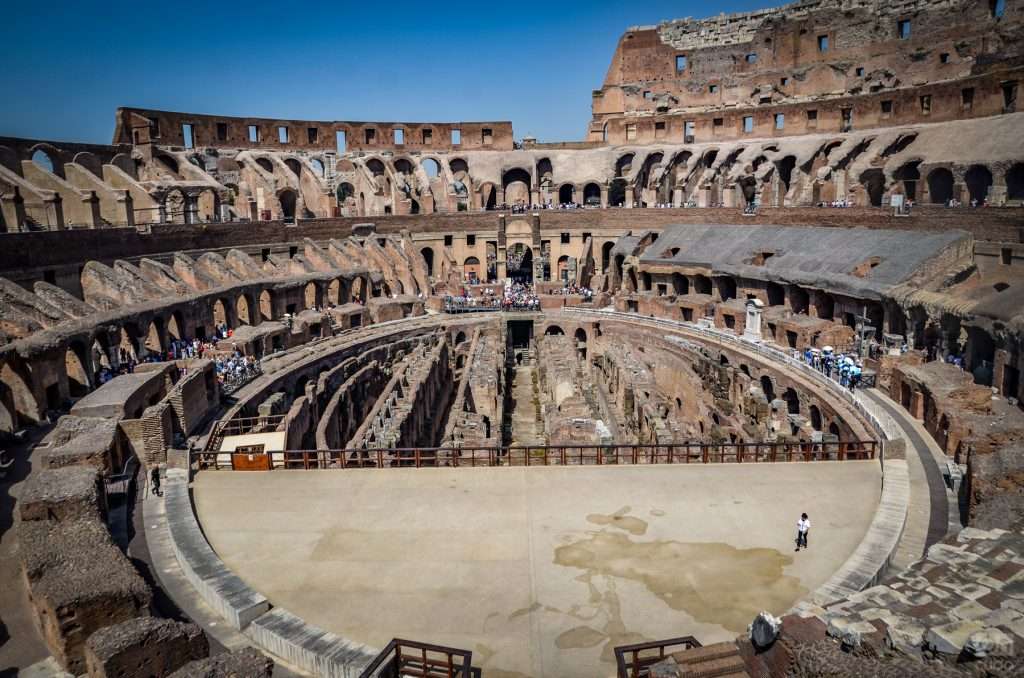 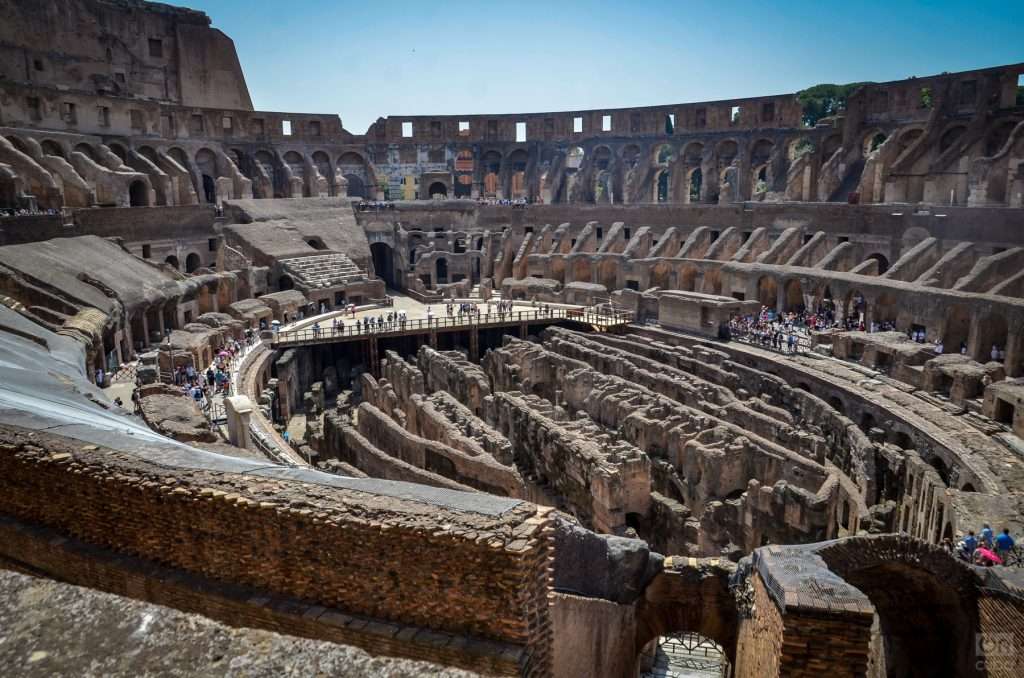 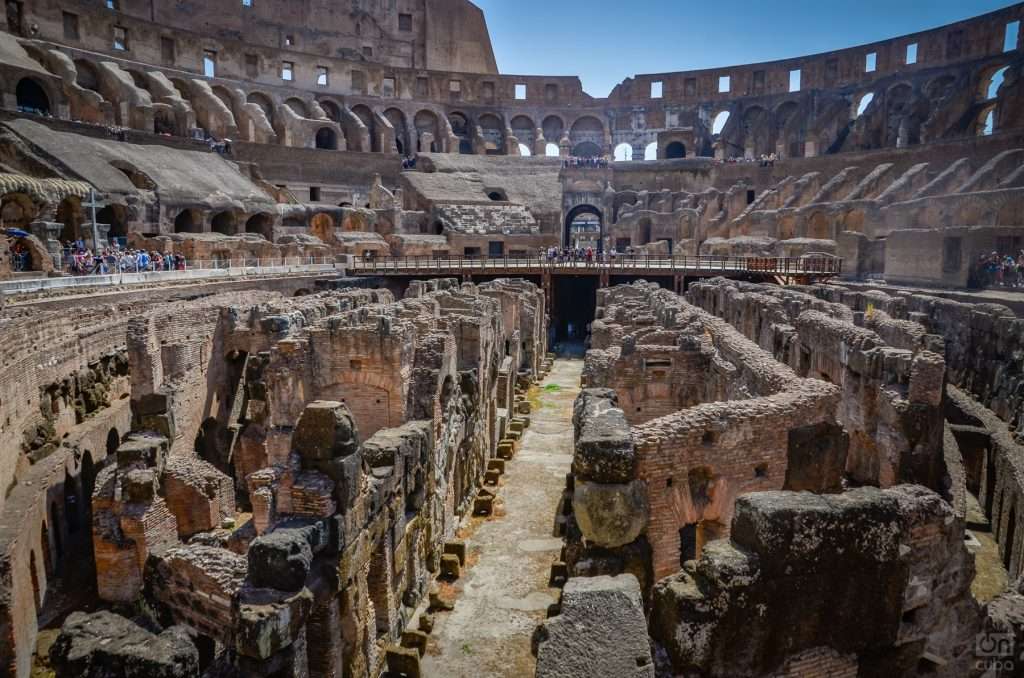 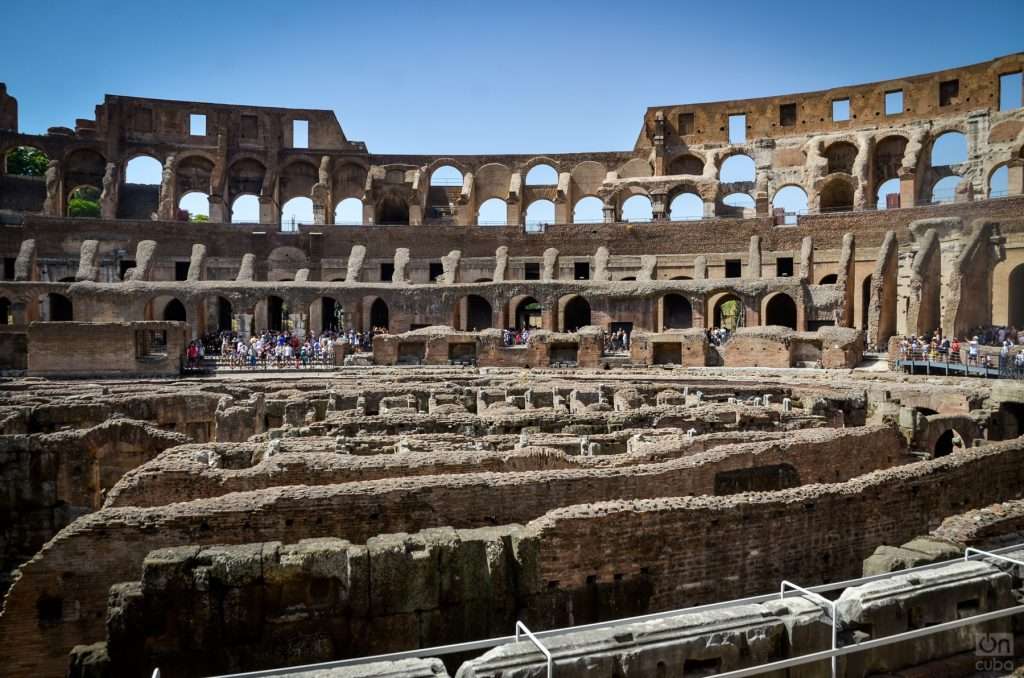 With capacity for 55,000 people, the Colosseum, with an elliptical structure, was 57 meters high by 188 meters long and 156 meters wide. Eighty duly numbered doors in the form of an arch gave access to eighty rows of stands distributed on five levels. 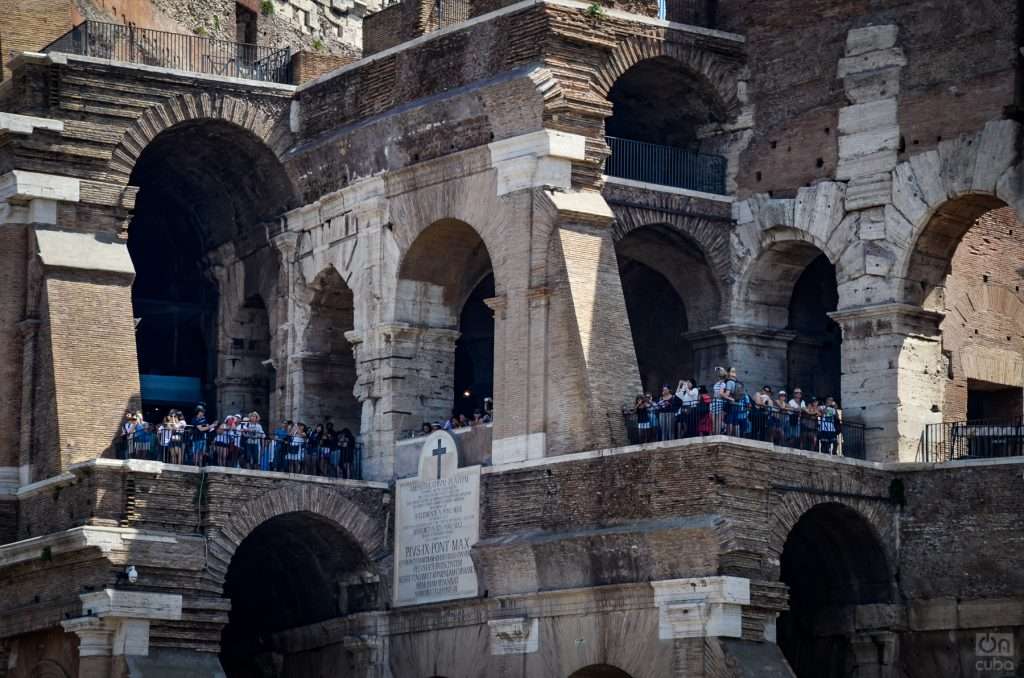 Admission to all activities was free. But there were differences. A diverse public occupied the places according to their social status. In this sense, a row in the south wing was reserved for the emperor and his retinue. The lineage of high society was placed near the arena. Commoners occupied the top floor.

From that time there have been a couple of famous myths that are widely used today. One of them is the emperor’s gesture of the thumb down, which sentenced the death of the vanquished. Another the much mentioned phrase “Ave César! Those who are going to die greet you”, with which the warriors greeted Emperor Claudius. However, that expression is not included in any historical document. 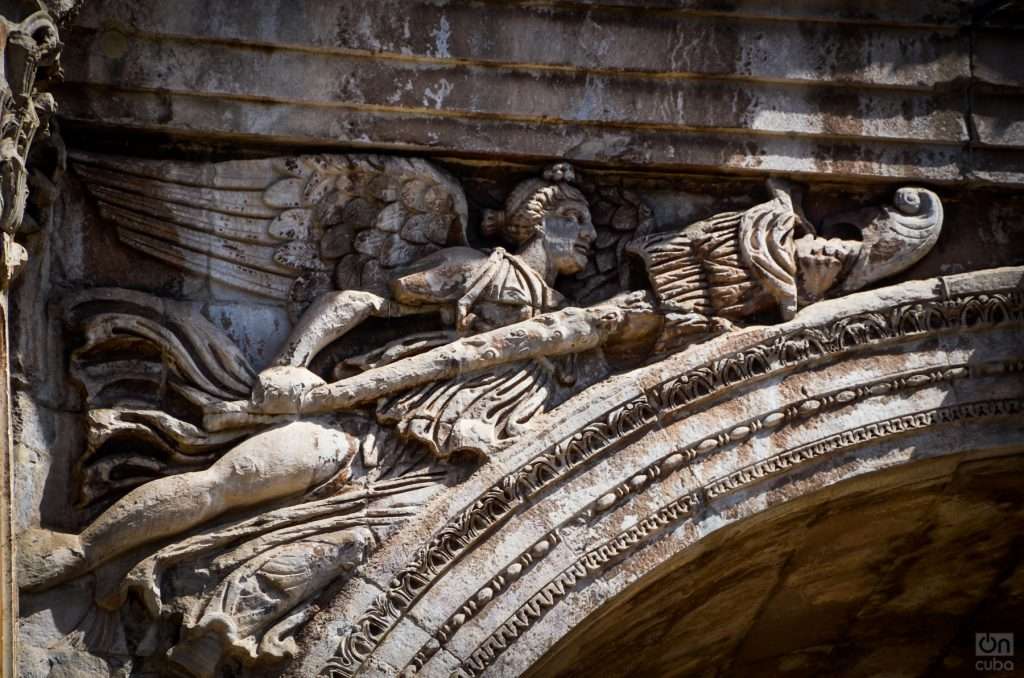 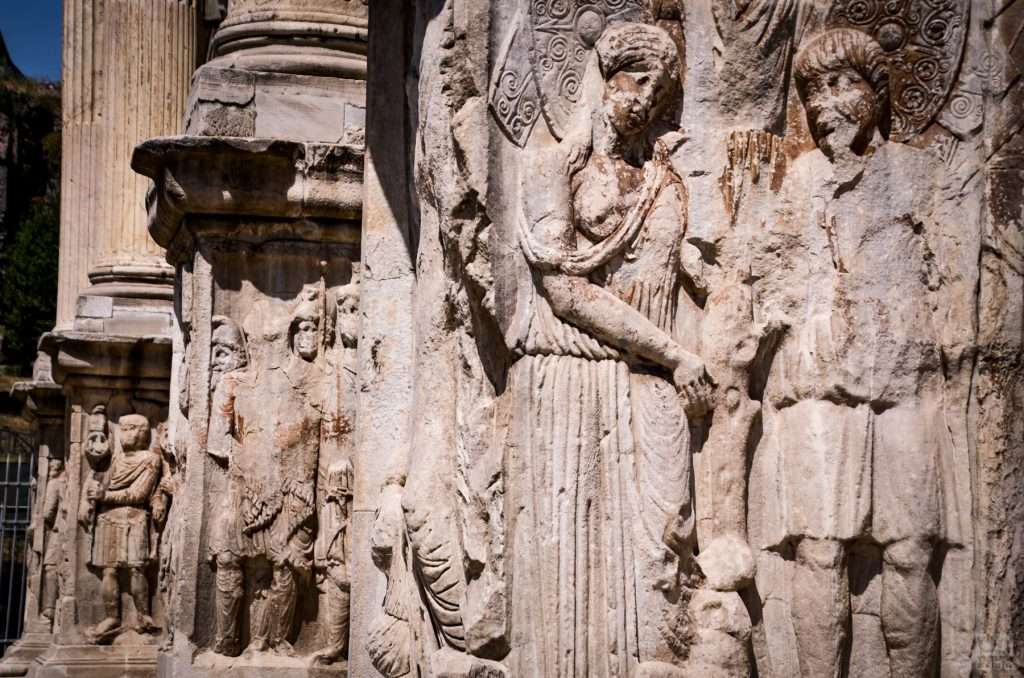 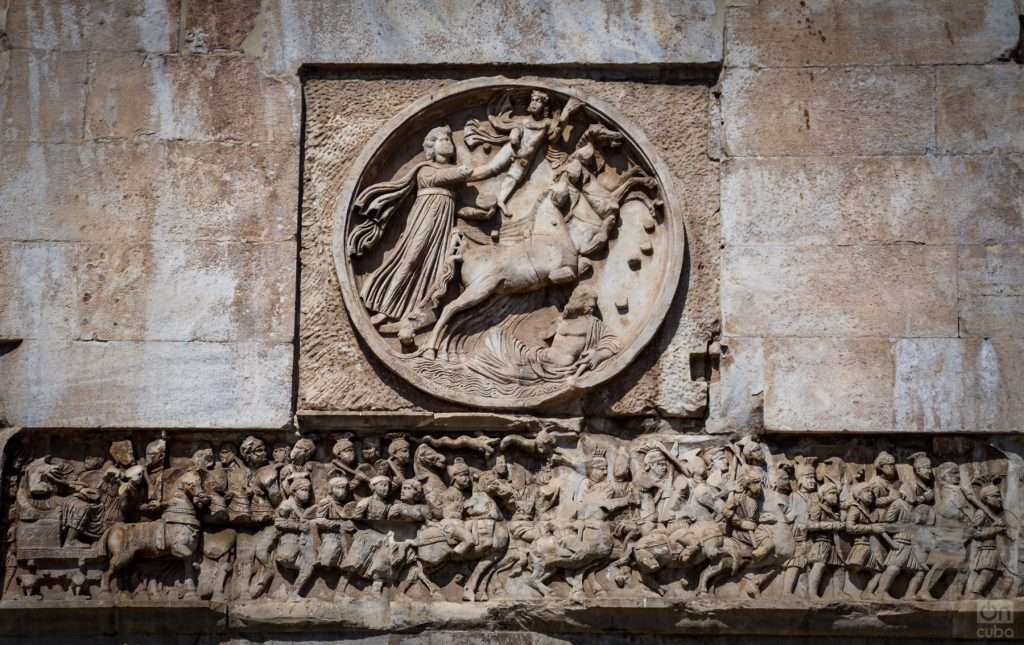 Since the prohibition of gladiatorial fights in the 5th century and up to the present day, the Colosseum has been hit by several earthquakes, losing part of the south wing. In all that time it had dissimilar uses. Small dwellings were built inside at one time. It was also planned to convert that property into a factory. And for a few years of laziness it was even a garbage dump. 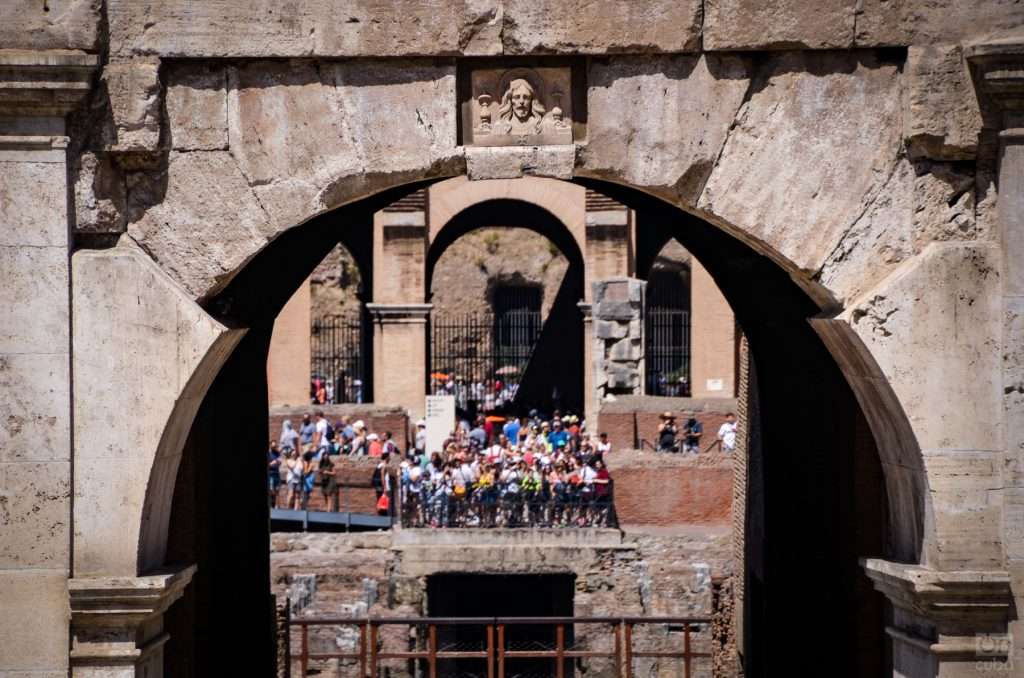 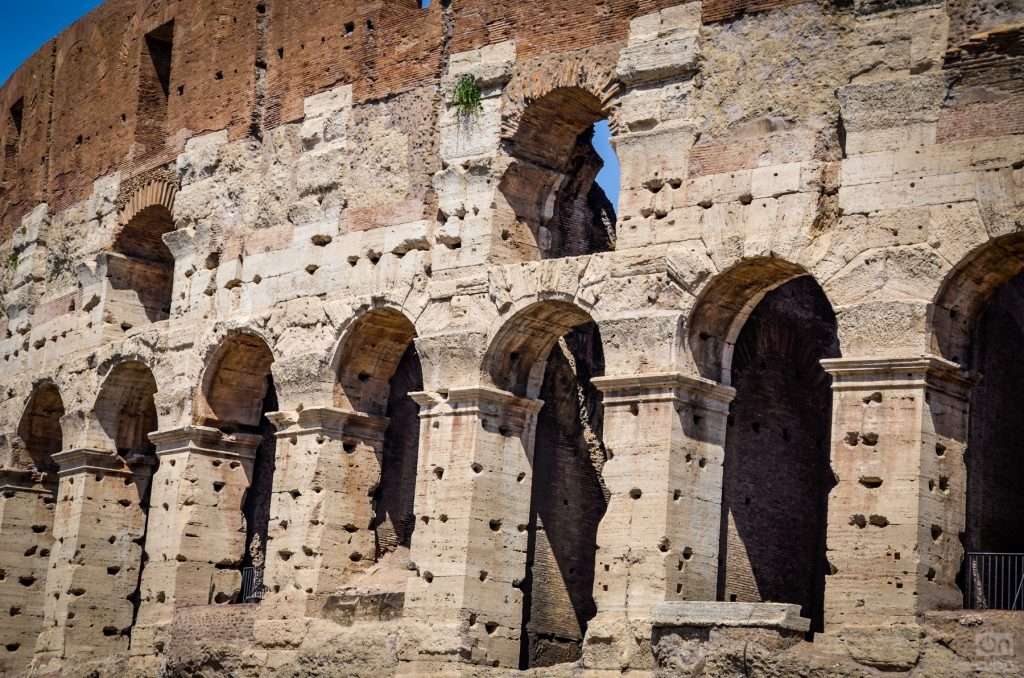 In 1936 it was about to disappear. Benito Mussolini, the Italian fascist leader ordered the demolition of the Colosseum because it hindered the construction of an avenue. Luckily those orders of the dictator were never carried out.

In 1980 the Roman Colosseum was declared a World Heritage Site next to the center of the city of Rome. Since then there have been several projects for its capital restoration. 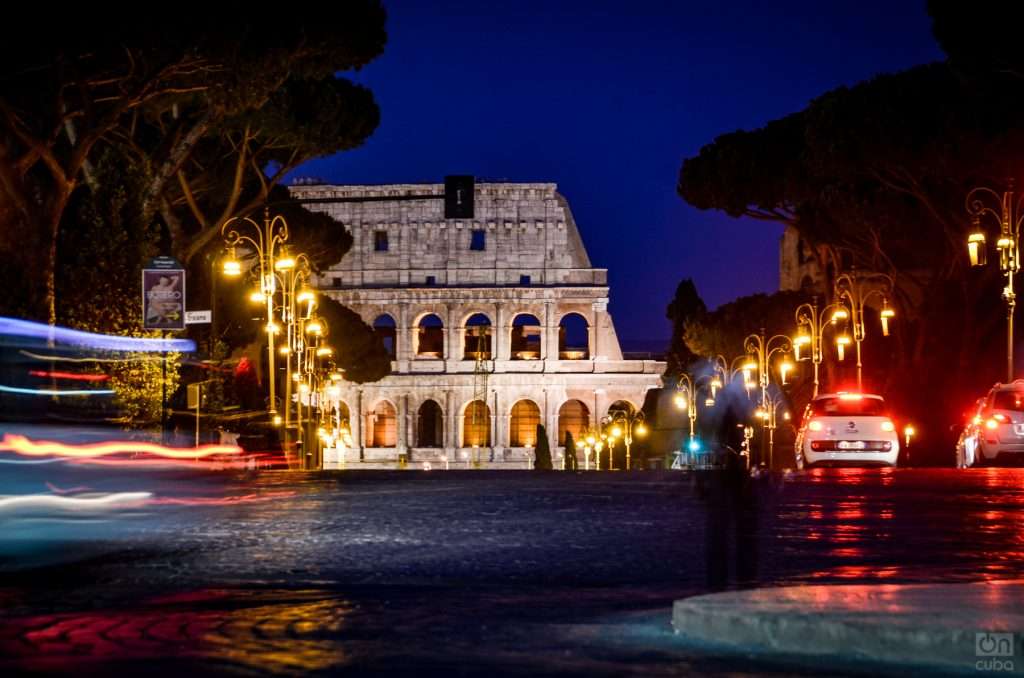 When I visited, the workers mingled with the tourists and the scaffolding and signs in English saying “We are under construction. Sorry for the inconvenience” could be seen in various parts of the largest surviving monument of the Roman Empire. 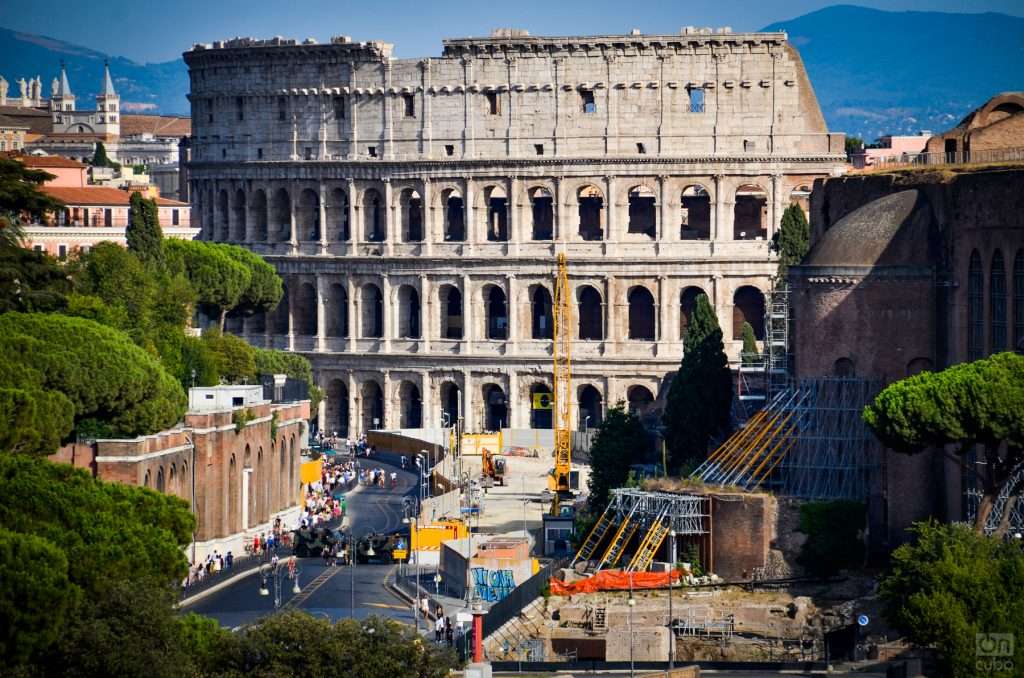 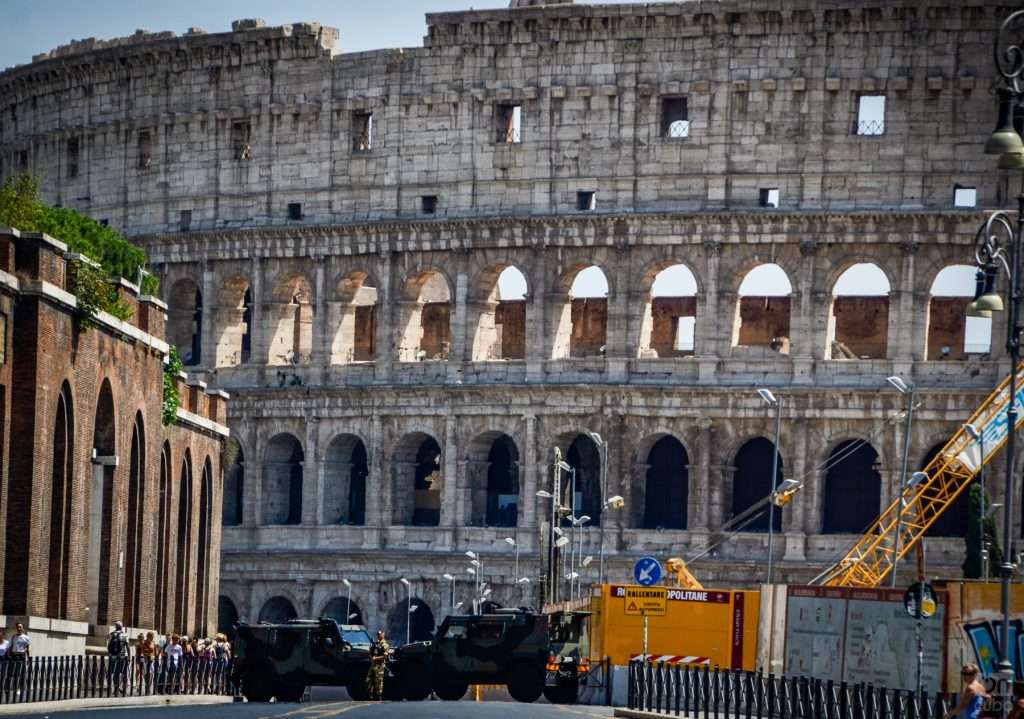 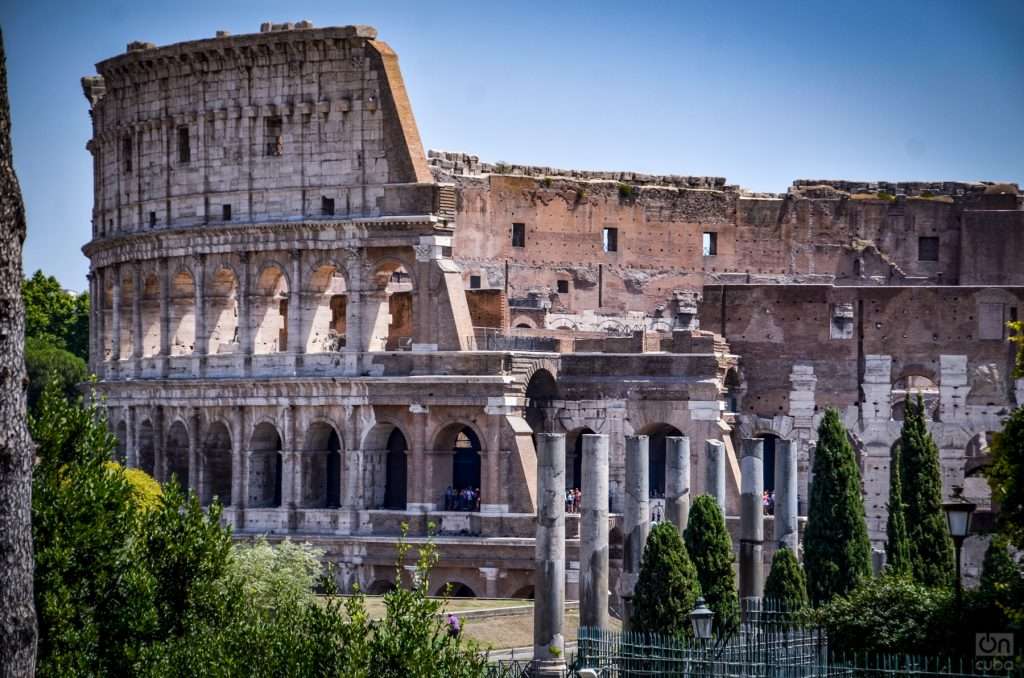 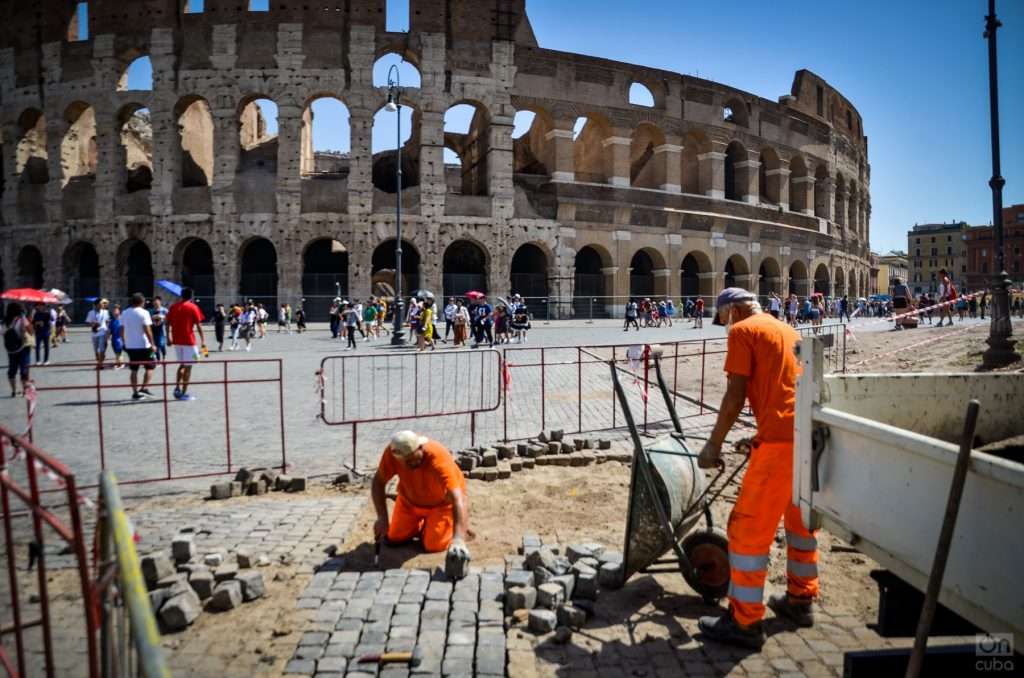 From what I could hear, the reconstruction was being done in stages. It would last several years. 2023 was the scheduled date for its completion. All areas of the Colosseum had to be restored, starting with the cleaning of the gigantic exterior walls covered in soot from the constant hustle and bustle of hundreds of vehicles that constantly passed by.

It was worth having overcome the heat and the crowds on that occasion. In the same way, having decided to pay the 17 euros that the ticket is worth. Having the opportunity to retrace live and directly through the twists and turns of a place that has witnessed so many stories is sometimes priceless.

Intricacies of the Roman Colosseum

The Roman Colosseum, the icon of the Italian capital, portentous

The data also shows a year-on-year increase of 71.9% in

Business investment: How to maintain foreign investment in the midst of social conflicts?

Currently, social conflicts in the Peru add up to 209,

the president of ChiliGabriel Boric, “represents a new leftist leadership in the region” and wants to

Service Coastguard This Friday, the United States completed the return to Cuba of 139 illegal migrants

Cuba: the son of the “payer of promises” dies

Independent press media in Cuba, users on social networks as well as the official magazine Alma