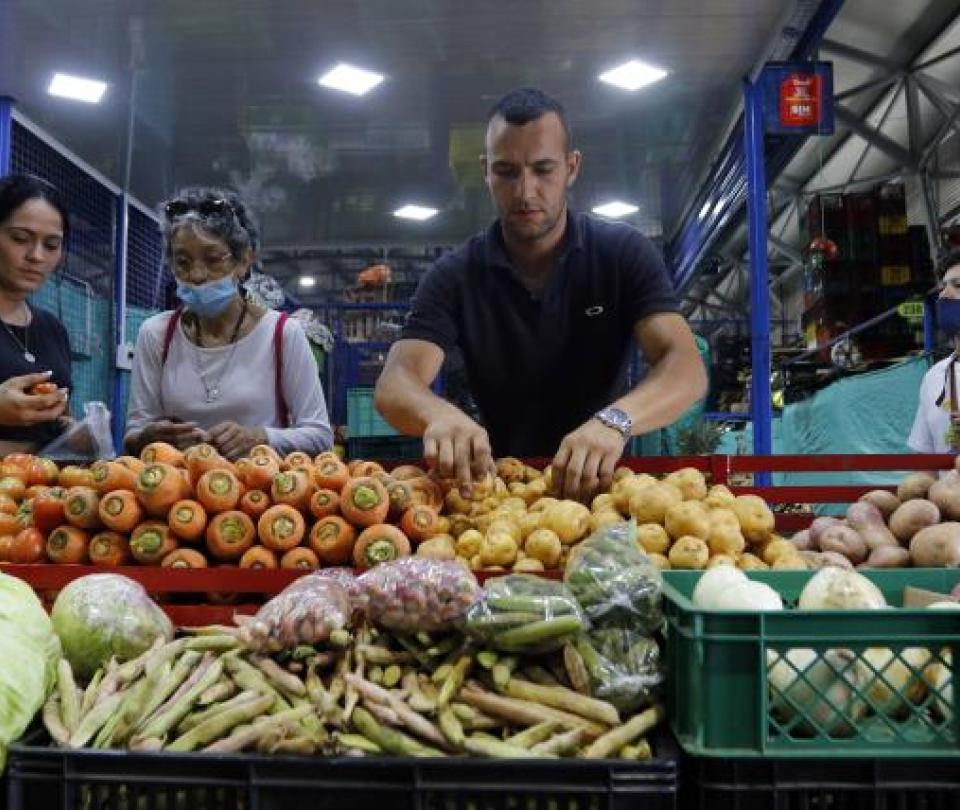 Inflation in Colombia has already ‘eaten’ the increase in the minimum wage. Yesterday the National Administrative Department of Statistics (Dane) presented its report on the consumer price index (CPI) for the month of July, where the indicator showed a annual variation of 10.21%a figure that is not only the highest in 23 years, since April 1999 (11.17%), but also leaves the country with a figure in two digits, above the increase in the minimum wage this year, which it was 10.07%.

(Read: Inflation in Colombia returned to double digits after more than 22 years).

During the seventh month of the year, the consumer basket experienced a monthly increase of 0.81%, a figure five times higher than the historical average for the month. in 2021 monthly inflation in July was 0.32%.

On this occasion, they were again the food the category that was behind the result. With an increase in prices of 1.17%, the second highest among the 12 items measured by the Dane basket, these were responsible for 22 basic points (0.22 percentage points, pps) of the monthly variation.

“Chicken, beef, vegetables, among which beans, sugar, bread, and dry legumes, that is, beans and lentils, are explaining practically two thirds of this monthly variation of 1, 17%”, explained the director of Dane, Juan Daniel Oviedo.

In July, clothing and footwear (3.6%) were the category with the highest increase in the month, as a result of the normalization of prices after the day without VAT that was held in June.

(Read: The sectors that drove inflation in July in Colombia).

On the other hand, the Dane announced that, compared to the figures of a year ago, the category that has felt the increase in prices the most is that of food and non-alcoholic beverages, with a variation of 24.61%which makes it responsible for 4.15 pps in total inflation.

Related to it are restaurants and hotels (15.20%); goods and services for the home and its conservation, which include soaps and cleaning implements, with a price increase of 13.58% compared to a year ago.

After food, the second group that has most affected prices, due to its weight in the household basket, is accommodation, water, electricity, gas and other fuels, with a contribution of 2 pps.

Refering to accumulated inflation in the first seven months of the yearthe Dane revealed that it is already at 7.96%, more than double what it was in 2021 during the same period of time, when it was 3.47%.

Rates do not reduce the rise in prices

The market indicated, after the July results, that inflation could take time to normalize.

“What all this is doing is pushing expectations upwards and we will surely end up around 10% or even above that digit in 2022. This puts pressure on Banco de la República and it is very likely that the organization, at its meeting September, raise the interest rate again above 9%”, said Jackeline Piraján, Scotiabank Colpatria economist.

Laura Peña, Bbva Research economist for Colombia, also agrees with this, mentioning that the current result “could imply a closure of inflation above 9.2%. Thus, in the rest of the year it would continue at high levels close to 10%”. Camilo Pérez, manager of economic research at Banco de Bogotá, explained how rate increases have a lagged effect on agents, and although the Issuer began its monetary policy adjustment cycle since September of last year, it probably take between six and 18 months to feel its effect.

On the other hand, the president of the economic studies center Anif, Mauricio Santamaría, emphasized how “those most affected by inflation in Colombia are the most vulnerable.”

(Also: Foods that rose, fell and maintained their price, according to the Dane).

When disaggregating the figures according to socioeconomic levels, while people with high incomes perceive a price increase of 8.75% and the middle class of 10.35%, for vulnerable families inflation is 11.74% and for the poor 11.88%. “The divisions that are exerting the most pressure on the pockets of Colombians are the ones that weigh the most in the consumption basket of poor households. In other words, these households have less room to maneuver in the face of price growth than middle- and upper-income households,” he commented.

Inflation of 10.21% in July has already ‘ate’ the rise of the minimum

Inflation in Colombia has already ‘eaten’ the increase in the

The number 108-109 of the magazine Topicsdedicated this time to

The Vice President of the United States, kamala harrismet this

Monsignor Rolando Álvarez, bishop of the Diocese of Matagalpa, expressed

10 people, including three children, die in a fire in the United States

Ten people, including three children, died on Friday. after the house burned down in which they

Unemployment and finances, the biggest concerns of young people

The concerns of the new generations in Colombia lean towards cost of living, financial well-being, low

Miss Universe will allow married women to participate in the pageant

68% of workers suffer from stress and anxiety, according to survey