The manager of the JJM Espino company, Hugo Espino, denied today that he had made any payment at the Government Palace to Yenifer Paredessister-in-law of President Pedro Castillo who assured the Prosecutor’s Office that she did receive her salary in cash at least once in those facilities.

Peru21 revealed that Paredes He specified before the prosecutor Hans Aguirre, a member of the special team that investigates Castillo’s environment, the places where Espino paid him for his drafting services of “documents, minutes, registration, annexes”

“When we met, when he traveled here to Lima, he visited me at the Government Palace/Residence, there he paid me or in Cajamarca he also paid me, at my cousin’s house he also paid me,” said the sister of the first lady Lilia Paredes last Tuesday, July 19.

She also acknowledged that she worked for that company between August and October 2021, that her salary amounted to S / 1,500 and that she received the payment physically.

When asked about this assertion, Espino denied in an interview with Radio Exitosa that he had given money to Paredes at Pizarro’s house.

This newspaper also reported that it was Yenifer Paredes, already with Pedro Castillo as president, who recommended Espino to the mayor of Chadín, César Castillo, to carry out the first steps of a sanitation work in that town of Cajamarca.

In this regard, Espino admitted that it was the mayor who contacted him for that job. “The private company and I are the ones with experience, in this case they were consultancies,” he said.

Paredes and Espino are investigated for the crime of influence peddling. The relative of the head of state was recorded while he offered a sanitation work in Chádin on behalf of the 31-year-old engineer’s firm. 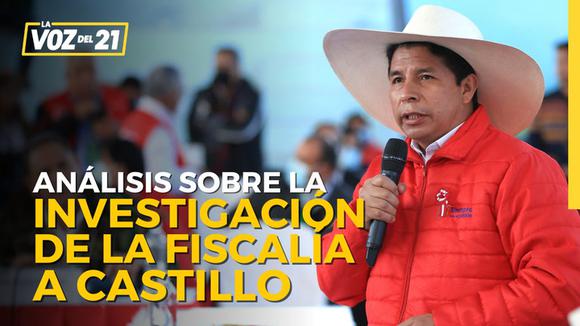 The manager of the JJM Espino company, Hugo Espino, denied

Ensures strength of the people is outlined invincible in 2024

The leader of the People’s Force (FP) Luis Hernández assured

For Deputy Martín Melazzi, Colorado Party, Soriano. We continue to

Human Rights calls for progress against Blaquier for crimes against humanity

The agency stressed that Ledesma played a “central role in

Ensures strength of the people is outlined invincible in 2024

Félix Chero announces that he wants to be a congressman in 2026: “I want to exercise my right”

The Minister of Justice and Human Rights, Felix Cherowas presented this Thursday, July 21, at an

Millionaire well of La Tinka for this Sunday 24 reaches 15.4 million soles: Know HERE the results of the last draw

On the night of Wednesday, July 20, the La Tinka draw was held, however, no lucky

Aníbal Torres: “I told the president that Mariano González did not want to do anything”

The head of the Council of Ministers, Hannibal Torresrejected that Mariano González has been separated from