This morning the launch of the Hoki Mai Challengewhich consists of a 500-kilometre journey in a Polynesian canoe from Easter Island until the Motu Motiro Hiva Parkon the Salas y Gomez Island. The vessel will be manned by six oarsmen from different parts of the Polynesian triangle -among which there will be two members of the Chilean Navy- and she will be accompanied by a ship from that institution, on a journey that will take place between December 3 and 8.

The main objectives of this unprecedented initiative are to make a call for the protection of the oceans, deliver a message of cultural union, brotherhood and conservation of ancestral traditions through sport; and pay tribute to the Rapanui women and the world, acknowledging their struggle for the well-being of their peoples. The latter, with the carving of the first ‘vahine’ moai (woman moai).

In this sense, Gilles Edgespromoter and coordinator of the Hoki Mai Challenge, explained that, beyond the journey itself, the project has an important background. “It will be a crossing in a Polynesian canoe from Rapanui to an islet called Motu Motiro Hiva (‘islet of the bird on the way to Hiva’) 500 kms. of Rapa Nui. We are going to do it with a six-person canoe with rowers from all over the Pacific, because the canoe represents unity and for us it is important to row with all of them.”

On a cultural level, the Hoki Mai Challenge also contemplates the carving of a female moai (vahine). The figure is already in the process of construction and is projected as a structure of 1.60 meters tall, 60 cm. wide and weighing 350 to 400 kilos.

In this regard, the president of the NGO Hoki Mai, Veronica Tuki-Hitostressed the importance of the initiative. “The most important symbolization that is going to be made is the moai vahine, it is the new era and it is going to be carved not only to represent Polynesian women, but also the women of the world.”

In this sense, the president of the NGO Hoki Mai stressed that “This cultural proposal represents a tribute to relevant women for Rapa Nui, such as María Angata, who fought for the well-being of her people; the women of the island who supported Alfonso Rapu and many others who have marked our history”. 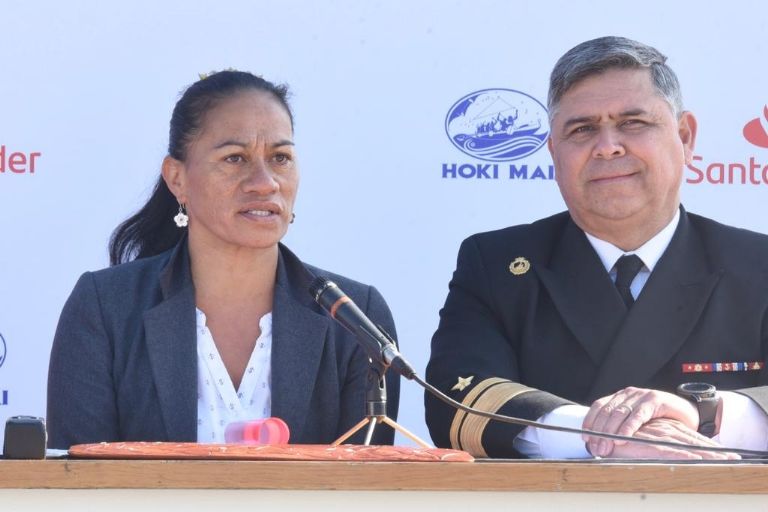 Different actors from the public and private world have joined this initiative, such as the Chilean Navy and Banco Santander, with whom a joint effort has been developed to promote the challenge. From the Navy, the Commander in Chief of the First Naval Zone, Rear Admiral Fernando Cabrera, stated that “In compliance with the mission area Maritime Security and Interests and within the framework of an Oceanic Fisheries Control Operation (OFPO), the NGO Hoki Mai will be supported with security and logistics, with the purpose of safeguarding the lives of athletes in the sea ​​contributing to: Strengthen national sovereignty in maritime spaces and the Motu Motiro Hiva park; Strengthen the relationship between the Navy and Rapanui, creating links of joint work; Promote the care of the oceans and the marine environment and oceanic nautical sports as a team, and Promote from sport, the Rapa Nui culture and the traditional naval presence of Chile in the central Pacific”.

For its part, the Territorial Manager Fifth Santander Bank, Maria Soledad Gaticaexplained the reasons why the corporation decided to join this challenge and made a call to get involved. “At Banco Santander, we are very happy to be part of this initiative, mainly due to our permanent commitment to meeting various goals that highlight the importance of sustainability in environmental, social and governance issues, known as ESG principles.”

“It is in these aspects where issues such as caring for our environment, moving towards a sustainable operation of our daily operations and highlighting the need to care for the oceans become part of our hallmark as an institution. We hope that, through concrete actions like the ones we are carrying out with Hoki Mai today, we can encourage more and more companies in the country to join initiatives that focus on the sustainability of our planet”invited the Fifth Territorial Manager of Banco Santander. 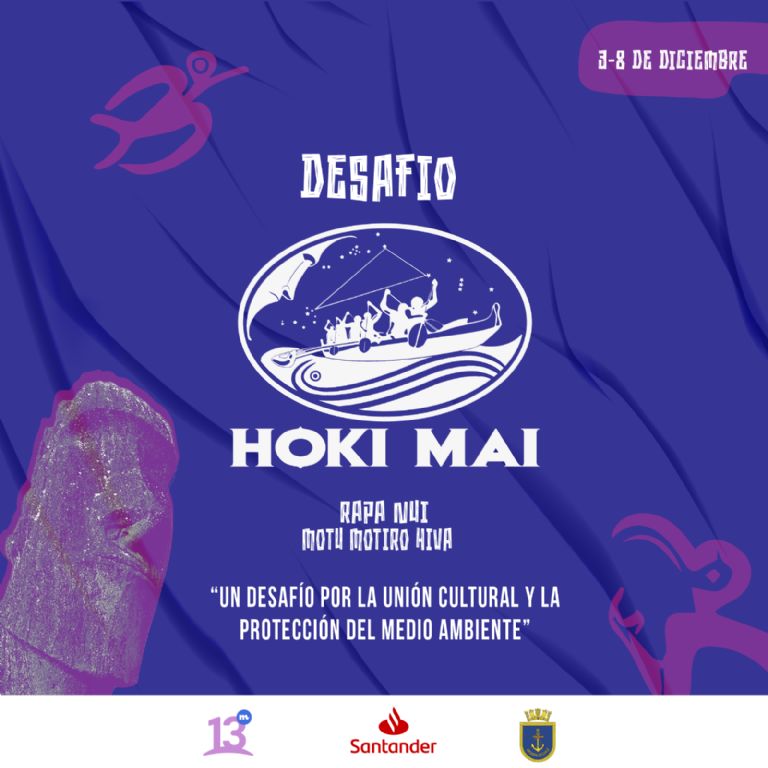 Santo Domingo. -The Minister of Tourism, David Collado, assured that

Under the LUC, the Lacalle government denied access to public information on advertising

Isaac Alfie, director of the OPP, together with Luis Lacalle

Family denounces dispossession of their plot in Aragua

Carlos Rodríguez and his relatives denounced that the National Land

How much will train and bus tickets cost from January 1