The General Directorate of Intelligence became headless after General PNP (r) Cesar Vallejos presented his letter of resignation after Pedro Castillo removed the now former Minister of the Interior from his post, Mariano Gonzalezwho led him to be director of DIGIMIN.

This was made known in a statement that he sent to the recently sworn in Minister of the Interior, Willy Huerta Olivas. It should be remembered that Vallejos held the position since July 13, 2022.

“The reasons that prompt me to make this momentous decision lie in moral and ethical principles of a personal nature and my full support for the intentions of a democratic nature that we assume together with former Minister Mariano González Fernández, to radically combat common crime. and organized crime, which has been doing so much damage to the country”, can be read in the letter.

Likewise, he described as foolish the decision to remove Mariano González from office, who was the sixth Minister of the Interior of the Castillo government in less than a year, lasting just 15 days in the portfolio.

“I must add with all due respect and in honor of the truth, that I assumed this commitment to serve my country with total integrity and willingness to do things well, in the task entrusted to me and always in compliance with the Political Constitution of the State; being unfortunate this foolish decision of the Constitutional President of the Republic, to remove from office without justification of any value, an honorable and well-intentioned person, who only wanted to regain the trust and respect of citizens, complying with and enforcing the law , seeking to guarantee the tranquility, peaceful coexistence and personal and patrimonial security of the population”, he added.

Vallejos Mori had been serving as director of Organized Crime within the Ministry of the Interior since June 26, until he was appointed DIGEMIN director on July 13. 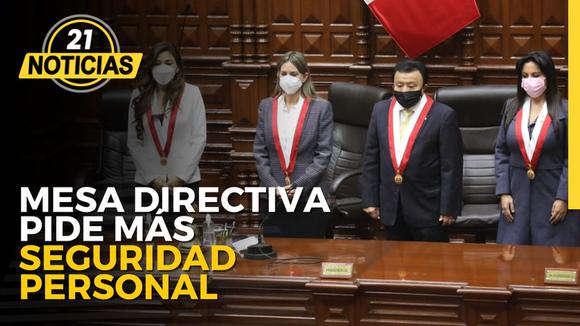 Great controversy was generated by the statement from the Board of Directors where it extends the term to one year for its members to be protected. In addition, Susel Paredes on the agreement of the Board of Directors: “Give up those benefits, they are no longer yours. Also, Enrique Wong on the extension of benefits: “Everyone benefited and why we are going to resign”. And, the US warns that Russia wants to annex Ukrainian territories it controls

The General Directorate of Intelligence became headless after General PNP

What the residents of San Felipe, Villa Mella want

Non-binary people seek the right to visibility, the recognition of

Electricity and gas rates: of the 1.2 million registered to the RASE, 50 thousand could lose the subsidy

This Tuesday the Registration of Access to Energy Subsidies (RASE)

What the residents of San Felipe, Villa Mella want

On the fourth of July this year, the outgoing president of Congress, Maria del Carmen Alvasigned

Former Minister Dimitri Senmache meets again with Pedro Castillo at the Palace, after a week