In this sense, he explained that if ANTEL wants to compete with other media, as other telephone companies do, it needs “premium” audiovisual content, attractive and demanded by the people, such as soccer broadcasts; and added that in Uruguay the national TV signals are also “Premium”.

Gómez said that the main problem of the contract, in addition to its cost, “is not buying the signals of 4, 10 and 12. But that the telephone company’s customers are only allowed to see them on mobile or portable devices (cell phones and tablets). , but never on TV screens or computers.”

He assured that the proof of such important conditioning is in the contract under study by the Court of Auditors, in whose provision on “authorized devices” it refers to mobile devices “understood as those portable devices that have their own mobile Internet connection, as well as those portable devices that connect through Wi-Fi networks. Televisions, personal computers and laptops are expressly excluded, as well as any unauthorized device, for example: Chromcast, Android TV or similar, that allows the transmission, projection or reproduction of signals directly (that is, through features enabled by ANTEL on the platforms). audiovisual) to other sections. The signals will be available to ANTEL customers through the global information system or network known as the “Internet” and can be accessed from any mobile device.”

In this sense, Gómez remarked that the contract expressly states that “its use in ‘televisions, personal computers (PC) and laptops’ is prohibited. And worse still that they cannot be ‘cast’. Those who are more knowledgeable in these technological issues understand it: ANTEL must prevent the signal from being transferred from the client’s cell phone to a TV or a computer, to see it better and larger (Chromecast or AndroidTV, for example)”.

He added that the population that receives the signals of channels 4, 10 and 12 over the air (and free) or the one that has pay TV service in any department of the country, “will prefer to see them on a larger screen, except for some occasional program that grab it outside the house or office.”

Gómez said that the potential clientele for this service is small: “they do not have to live in the metropolitan area (where more than 60% of the population resides, and not be subscribers to cable TV (which already has these signals incorporated into the grid) in no part of the country.” He assured that this condition is what “makes the product that is purchased more expensive, since it calls into question the return on the investment that ANTEL plans to make.”

“The 10.8 million dollars should not be divided among all ANTEL’s clients, but among much fewer people,” he clarified and added that it is very important that ANTEL has content and competes in that market. But it does not seem convenient to buy the signals of 4, 10 and 12 at that price. Nor should I have accepted those limitations. VeraTV must be able to be seen on any device, without exclusions”, Gómez pointed out. 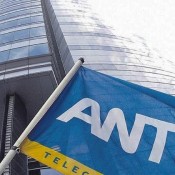 SUTEL: Loss of ANTEL’s monopoly on the Internet is a measure that assaults the country’s sovereignty

The Uruguayan researcher and consultant referred to the government’s authorization

The Spanish security forces They have dismantled an organization with

Photo: Archive Argentina will take another step next week in

Public purchases can be made 100% per app

Entrepreneurs across the country can now participate, via cell phone

The photos of the week

Bergara said that MI does not have a plan and González retorted: “I would not talk about cryptocurrencies”

It is the second time that he has assumed as mayor, the previous time was in

Amputated fingers and injuries: the messages of drug violence seen in emergencies

The child tightens all the muscles of the face to contain the crying. But he knows