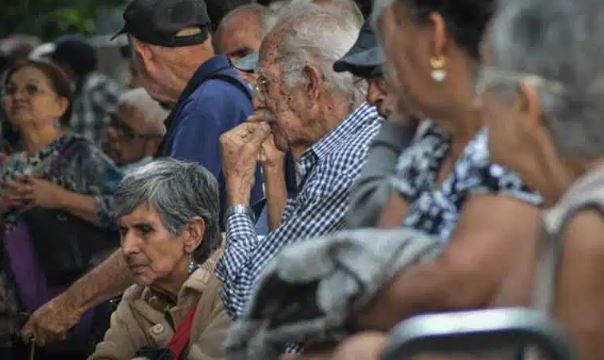 The Spanish security forces They have dismantled an organization with branches in Portugal, the United Kingdom, the United States and Mexico that was able to defraud more than a thousand elderly people from several countries with the lure of collecting alleged lottery prizes or inheritances in exchange for advance payments.

The Brooklyn operation ended with the arrest of 61 people and 24 searches in Spain and another 19 arrested in Portugal and the United Kingdom, reports the General Directorate of the Spanish Police.

The Spanish Customs Surveillance and Europol cooperated in the operation, with the help of the United States Postal Inspection Service, the North American Department of Homeland Security, the Portuguese Judicial Police and the British National Crime Agency.

The detainees were taken to court as allegedly responsible for the crimes of fraud, document falsification, money laundering and belonging to a criminal organization.

The nucleus of the international organization of swindlers was in Madrid, where they printed the so-called “Nigerian letters”, which were addressed mainly to retirees from the United States.

Later they were transferred to Portugal to send them en masse from that country, since the cost of the service was lower than that offered by Spanish companies.

When the elders called the phone number that appeared on the letters, the members of the gang briefly questioned them to find out their purchasing power and convince them that they had been awarded a prize or were pending collection of an inheritance.

Later, they were informed that in order to be able to make the payment they had to pay an initial amount in bureaucratic tax rates, reaching between 1,000 and 30,000 euros.

The number of identified victims exceeds 400, but it is estimated that there may be more than 1,000 worldwide.

The Spanish security forces They have dismantled an organization with

Photo: Archive Argentina will take another step next week in

Public purchases can be made 100% per app

Entrepreneurs across the country can now participate, via cell phone

For not paying excess baggage, the traveler took his clothes out of his suitcase and put them on

At the Ezeiza International Airport in Buenos Aires, Argentina, a

ECLAC and ILO: the recovery of employment in Latin America is “incomplete and uneven”

Maduro: Consensus for a humanity without imperialism is emerging

The President of the Republic, Nicolás Maduro, arrived in Venezuela this Saturday, after an international tour,

In the last 24 hours, 130 new cases were registered and no deaths. Zulia reported 36