The congressman of Peru Libre, Guido Bellidoassured that the opponents who are behind the vacancy of the president peter castle they will not be able to remove him from office, despite the fact that, as he stated, they send people like karelim lopez to implicate him in irregular acts.

“They have been setting traps, they want to surround, they send their Karelim López to look for some loopholes, to want to stain the president, this government, but they will not be able to”assured during the closing ceremony of the first meeting with authorities of municipal associations in Calca, Cusco.

“They bring an international jam journalist, a wretch who doesn’t dare clash with his parents, to want to mistreat a president of the Republic. He will have his time, his time to also interview other people who are going to have to be held accountable because I don’t think it was free for him to harass, to say that he has ever proposed handing over territorial sea. What such scoundrels”he added, referring to the interview that Fernando del Rincón, from CNN en Español, did to Pedro Castillo in January of this year.

The congressman and former president of the Council of Ministers of the Government of Pedro Castillo assured that, despite these criticisms, the Executive will overcome the obstacles and the vacancy motion against the head of state will not prosper.

“They dream of vacating President Pedro Castillo. They will not be able to and we say it clearly, if they dare, it will be their grave because they may think that, because they have the votes or because they can buy some congressman, it ends there. No, the people, the country and the world will understand that there is a before and after Pedro Castillo”indicated the legislator of Peru Libre.

On March 28, the plenary session of Congress will debate the presidential vacancy motion due to permanent moral incapacity against Pedro Castillo.

In this session, the president may exercise his right to defense personally or through a lawyer.

Guido Bellido assured that Pedro Castillo has the support of the ruling party to overcome this “political harassment.

“I want to reiterate the political support in Congress, we are going to respond forcefully to the extent of political harassment. We are in a position to debate and move the country forward in the face of the years of corruption that there has been”he pointed. 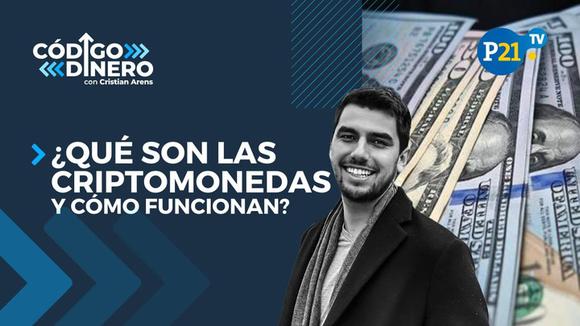 In this edition of Dinero Code, Cristian Arens talks to us about cryptocurrencies and gives us some tips on how to use them.

Records in the Zócalo The Zócalo in Mexico City witnessed

The Nicaraguan external debt closed at 14,451.9 million dollars in

This Friday, December 30, the Ministry of Health (Minsa) through

They report theft of a baby in the infant center