A multitude of complaints was registered last Wednesday as a result of the houses that were not visited by the census takers during that day. The citizens did their part and complied with the premise of staying at home until 6:00 p.m., the time limit established for the volunteers to collect the data; however, once the term expired, many houses still had not been visited.

From the Government they came out to recognize that that day there was a low percentage of coverage (only 73% in Asunción, Central and Ciudad del Este, where the highest population density is concentrated) and they blamed the deserter census takers. According to the data handled by the National Institute of Statistics (INE), about 20,000 registrants did not show up. As a palliative measure, a stage of recovery of unreached homes began, a task that is now the responsibility of INE officials.

The high number of deserters gave rise to questions towards the authorities that did not guarantee the measures to avoid such an important abandonment and did not foresee replacing the missing ones in their entirety.

The degree of improvisation was such that many census takers had to visit more houses than expected and even supervisors took it upon themselves to do that job, as exposed by the volunteer Lidia Graciela. The young woman recounted through social networks that many had to do double work in Ypané, since some census takers did not show up and others did half the census; all this without receiving answers from the bosses of the area.

exactly according to a form approached to the La Caja Negra team by a source whose identity is withheldfor that area of ​​Central and the surrounding cities, some 3,000 census takers. However, of that amount, only about 500 worked on Census day.

One aspect that stands out is that The list of census takers includes people -many of them neighbors- from Hernandarias, Ciudad del Este, Cordillera, San Pedro, Caaguazú and even Alto Paraguay, when from the outset it was projected that the volunteers who were going to take the census belong to the area where they had to do the work. So, why did people from the interior of the country sign up for Central, since there was not even mobility that day and it did not compensate for the expected payment?

This is the form accessed by the “La caja negra” team, which includes volunteers from other departments and which would be names used by coordinators of the Central department to keep the per diem for the day.

The presumption that one has is that apparently the coordinators in charge of recruiting people promised the people G. 50,000 each for appearing on the payroll, and thus the coordinator would take the remaining 50,000 of the G. 100,000 to be paid for volunteer work. Thus, many did not appear on the day of the Census due to the promise that they would receive 50,000 guaraníes each. If the complaint is confirmed, only In the case of the 3,000 census takers for Ypané and its surroundings, there is talk of an amount of 150 million guaraníes that only the recruiters pocketed, and the other 150 million guaraníes, those registered.

The source also revealed that by making a quick consultation of the people who appear on the form, many of them acknowledged that they did not appear for the census and that they expected the promised payment for the use of their data.

The fear that exists now is that the coordinators have completed the census questionnaires by ojimeter in order to withdraw the per diem. This mistrust arises especially due to the improvisation and corruption that marked the census day in Paraguay and the task that the supervisors had to do as census takers, diminishing their own control functions. 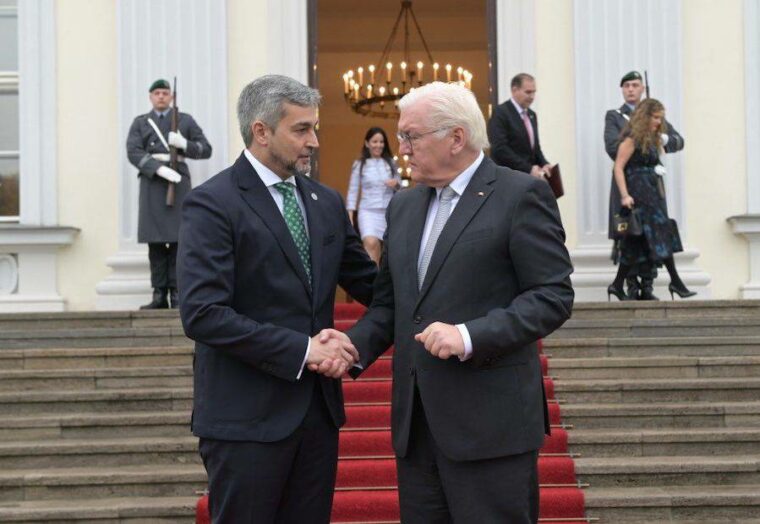 While the country was in lockdown awaiting the census day, the President of the Republic, Mario Abdo Benítez, ordered himself to move to Germany.

All this would have happened in the absence of the head of the country, since President Mario Abdo Benítez chose to travel to Europe rather than stay in Paraguay during the 2022 National Census.

Read more: Census coverage rises to 87.3% in the first days of recovery

HOW THE MILLIONS WERE SPENT

The National Institute of Statistics (INE) says that so far 42% of the 43 million that were allocated to the National Census have been executed, through a loan from the Inter-American Development Bank (IDB), that is, around of US$18 million for data collection.

In this case, one must blindly trust the figures provided by the Government itself, given that the acquisitions of inputs, consultancy and others, made by the INE for the Census, for a value of G. 44 billion, did not go through the National Directorate of Public Contracts. This lack of control occurred because the IDB fund was used and therefore the investments were made under the rules of that international organization that granted the credit, far from local control.

In this regard, the director of Public Procurement, Pablo Seitz, explained that the tenders carried out with IDB funds appear on the Procurement portal but that this is more of an informative manner, since the management under his charge was not part of the process. planning or adjudication.

For example, the INE carried out the purchase of 288,000 masks for 316 million guaraníes in September of this year for the census. This call appears on the Procurement portal as not yet awarded, when in practice it already was. In this sense, Seitz clarified that it is governed by the IDB rules and that an international treaty has a higher priority, so the only control body that can intervene in this case is the Comptroller General of the Republic.

It is striking that thousands of masks have been purchased after the Government put an end to their mandatory use, in addition to the fact that the census takers themselves did not use the masks during their tours. Another suspicious point is that the INE has acquired cleaning products (soap in bread, glass cleaner, muriatic acid, virulana, creolin and acid to unblock pipes) for more than G. 300 million under the excuse of the census.

DISCRETIONARY USE OF FUNDS RAISES DOUBTS

The Government of Mario Abdo Benítez obtained an important loan to carry out the census. In November of last year, the National Congress approved the loan of US$ 43 million, a figure that adds to the millionaire indebtedness of the country.

As a result of the failed census day, doubts arose in Parliament regarding how the approved money was allocated. The handling of such a volume of money, just at election time, aroused much suspicion. One of the political actors who came out to question was the liberal senator Blas Llano, who asked how it is guaranteed that the resources have been allocated for the objective that was initially foreseen and for which the country borrowed.

Faced with this doubt, the legislator presented last Thursday a draft Resolution that entrusts the Comptroller General of the Republic to carry out financial and management audits on the use of resources destined for the realization of the national census. His approach was supported by his colleagues.

So too, Yesterday the Senate summoned the head of the INE, Iván Ojeda, to listen to his explanations on how each cent of the budgeted amount of money is invested and the results obtained.

Secondly, The deputies have already presented a request for interpellation of Iván Ojeda for the fiasco of the census.

Defense of democracy or staging, positions in San Lázaro

They report theft of a baby in the infant center of the San Pablo neighborhood. Photo

. The entity’s director, Dr. Vicente Acuña, confirmed the disappearance of the creature. “She was born

Juan Carlos Ozorio will spend the New Year behind bars

Judge Rosarito Montanía denied the request for the release of Juan Carlos Ozorio, accused of drug

New Year’s meal. Illustrative photo LN. These end of the year dates it is common to

What should be the diet during the New Year holidays

New Year’s meal. Illustrative photo LN. These end of the year dates it is common to