One of the bartenders at the famous Floridita bar-restaurant in Havana proudly announces that the daiquiri he has just served me is the same one that Ernest Hemingway used to drink. Or similar, because the Nobel Prize for Literature, now sculpted in bronze by the artist Villa Soberón and who watches with a sly smile from one end of the bar, drank his double daiquiri and without sugar, because he was diabetic. 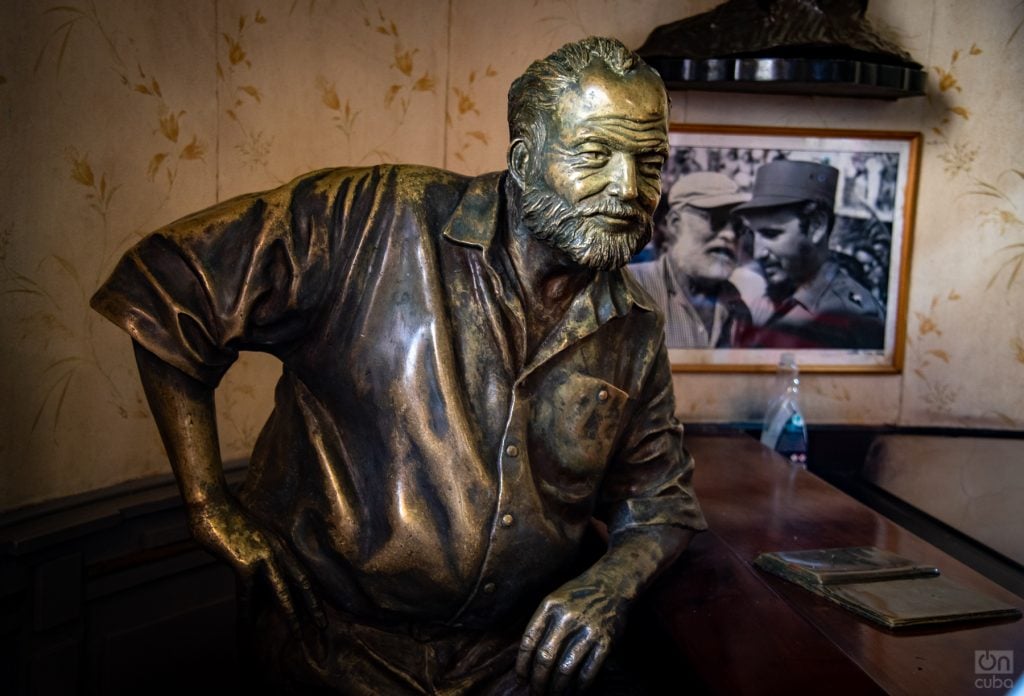 Be that as it may, the best quality and presentation card of the Floridita is to boast of keeping intact the recipe that made this cocktail popular, in this emblematic site of more than two centuries of existence, located on the corner of Obispo and Monserrate, in La Old Havana.

it’s even better tagline than the one they use to attract tourists. That well-known phrase by Hemingway himself where he alludes to his preferences for places and drinks during his stay in Havana, in the middle of the last century: “My mojito at La Bodeguita, my daiquiri at El Floridita.” 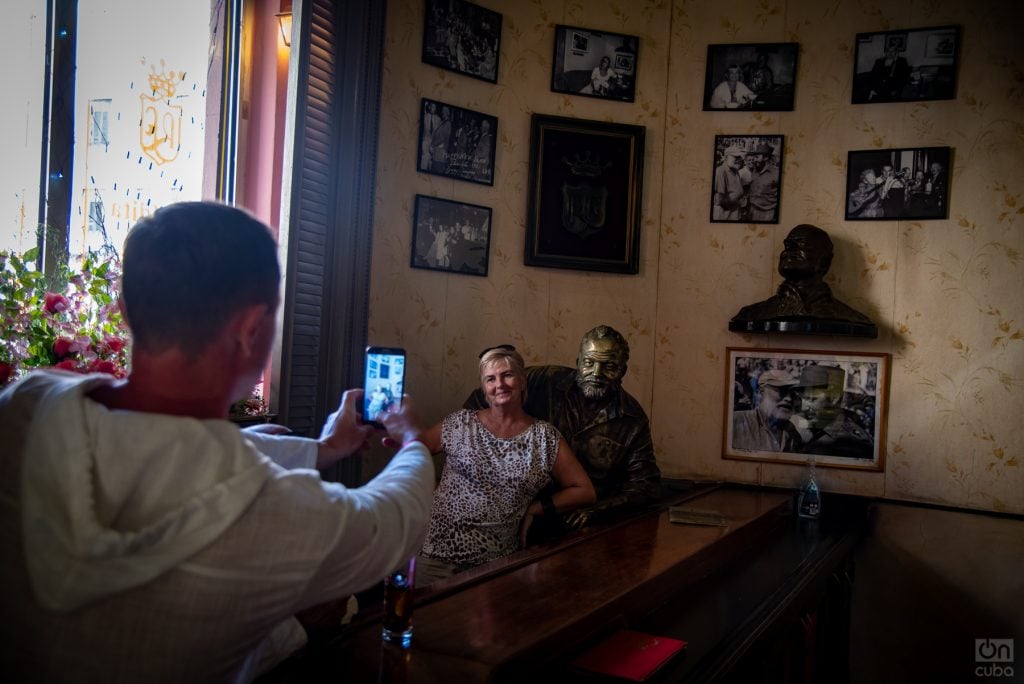 I try the daiquiri. Just one sip and yes, it’s terrific. We have sat with my girlfriend in the middle of the historic 10 meter mahogany bar. It is the original. The same. “This wood has witnessed countless stories of drunks and famous people for more than 200 years,” I tell my partner as we toast. 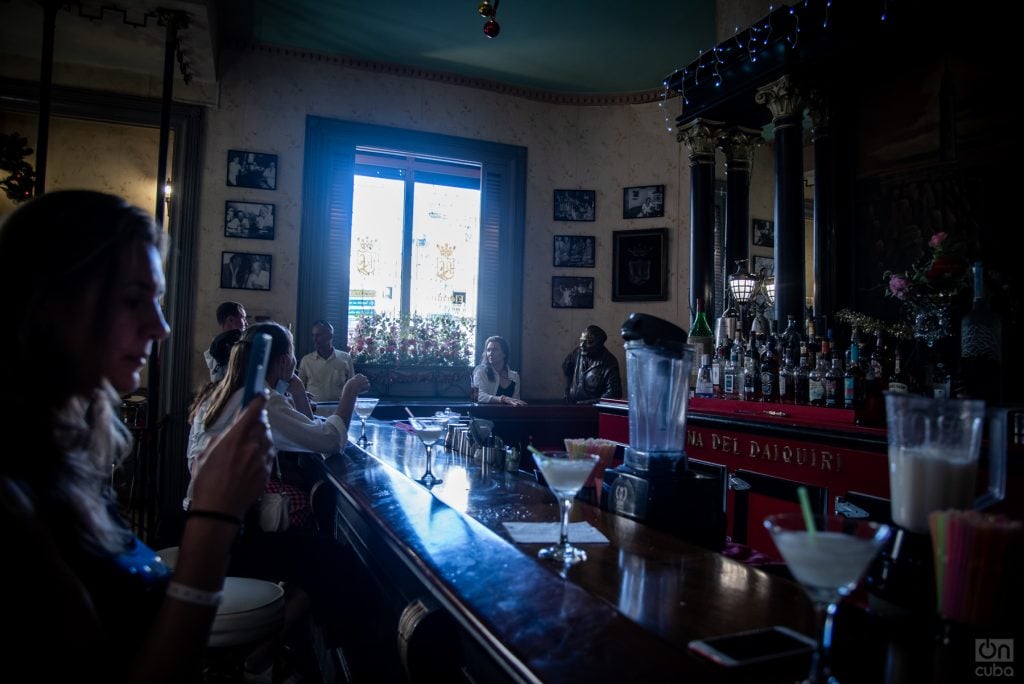 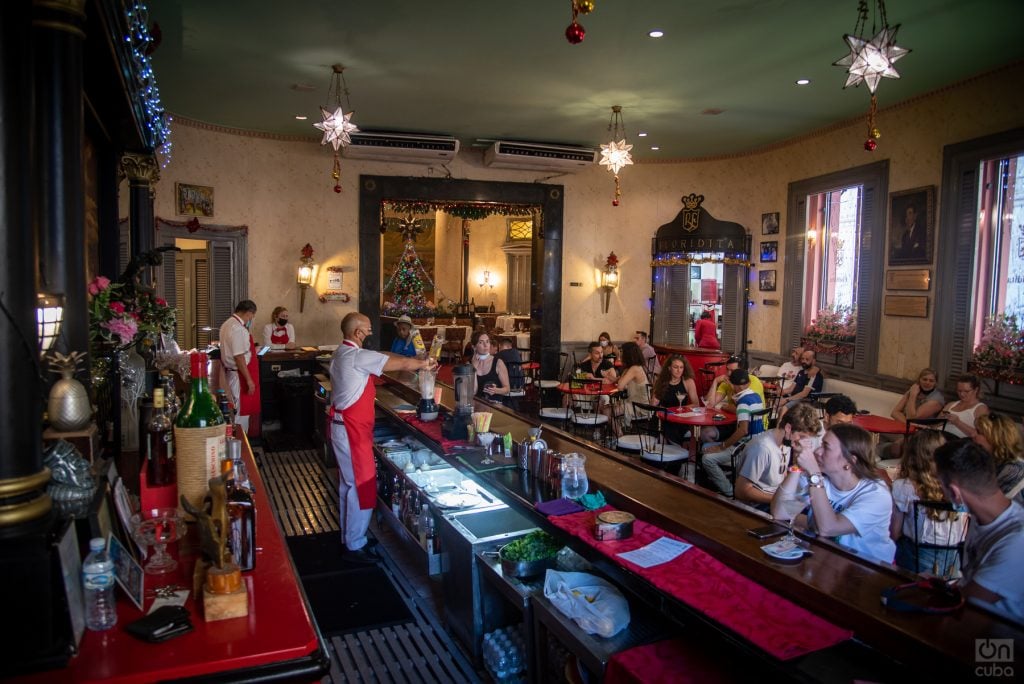 This emblematic place was born in 1819 with the name of “La piña del plata”. It was a still life and its owner was a Spanish merchant. In 1898 it was renamed Floridita, adopting the diminutive to make it more familiar and to differentiate itself from the Hotel Florida, installed very close by. 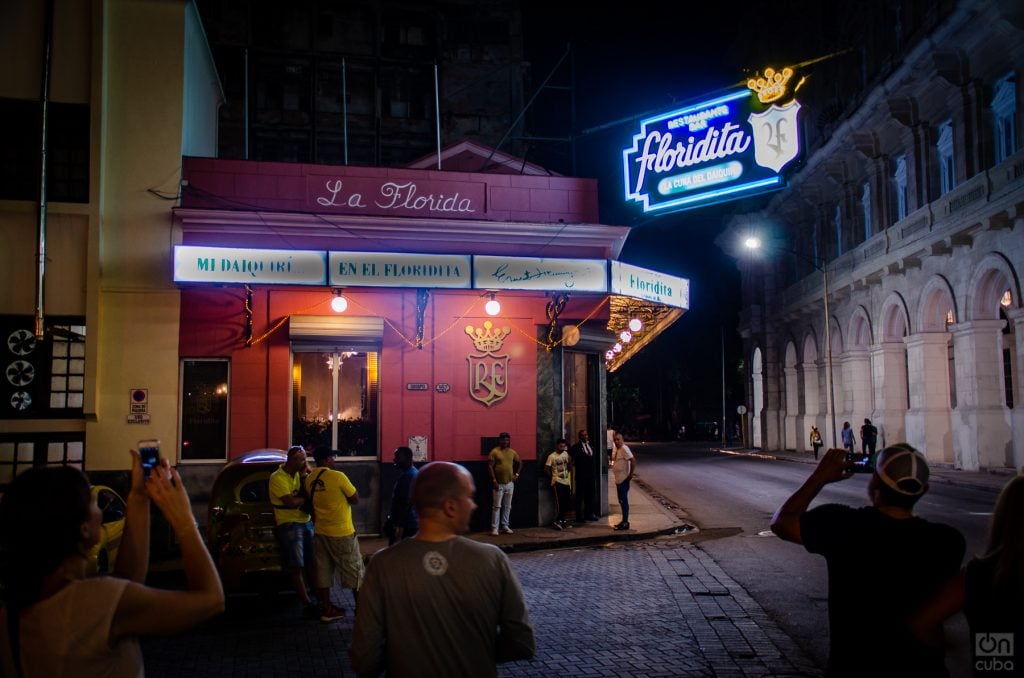 The daiquiri entered the cocktail list in the second decade of the 20th century. Cuba had everything for that drink, which arrived from Spanish lands, to triumph: rum, heat and a hive of emblematic bars in a city that never slept.

At that time, precisely in 1922, the use of the blender became popular, a fundamental element for crushing ice. This artifact began to enter Cuba from the United States.

In this way, the daiquiri began to be prepared with the traditional recipe: an ounce and a half of white rum, a teaspoon of sugar and the juice of half a fresh lemon. As a distinctive touch, it began to be served in a wide-mouthed glass. 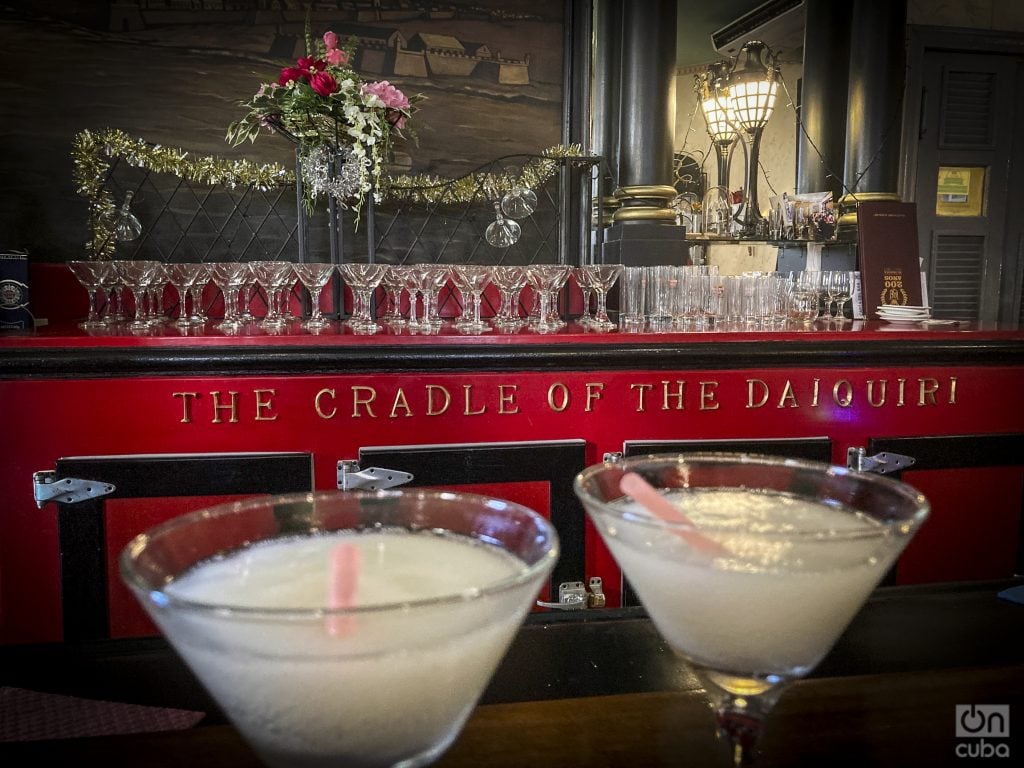 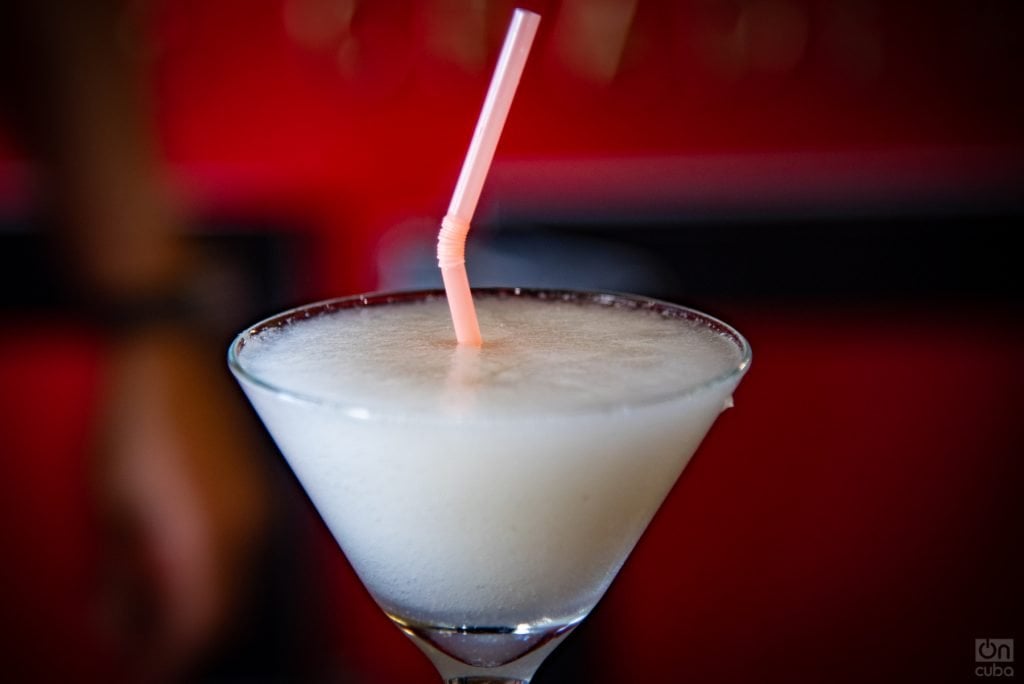 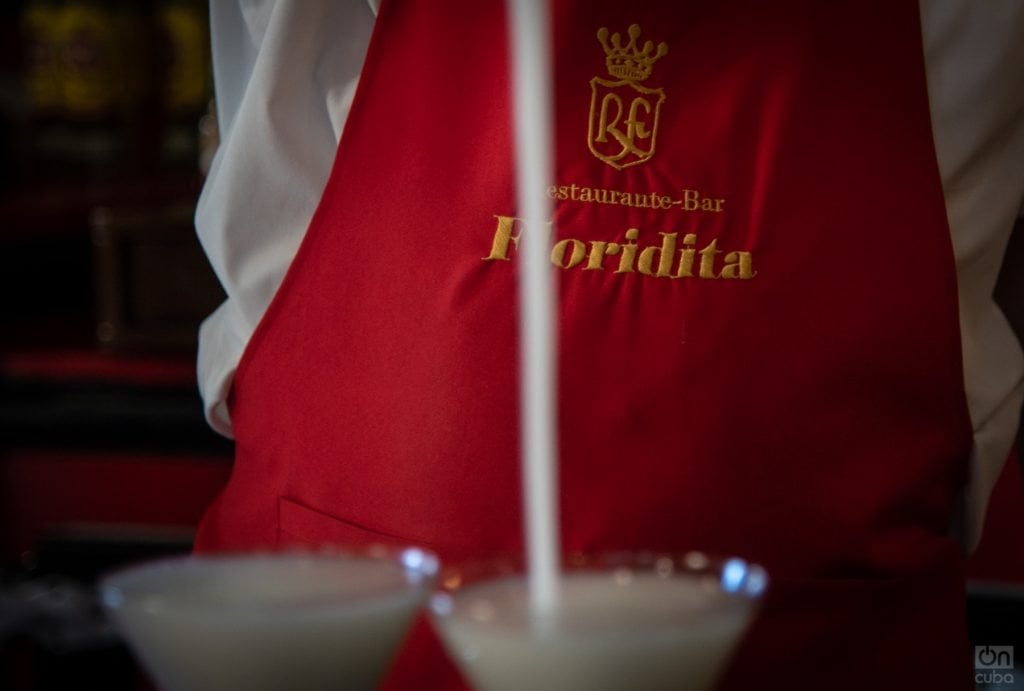 It was the Catalan barman Constantino Ribalaigua Vert who invented his own recipe for a daiquiri for El Floridita. Constante, as regular customers and friends called him, invented daiquiri frappé nº 4: white rum, sugar, lime juice, plenty of crushed ice and a few drops of maraschino.

Like the daiquiri, Floridita’s bartenders became a hallmark. “They have the elegance of a symphony orchestra conductor and the neatness and asepsis of an eminent surgeon when he is going to operate. They are the chemists of the modern era, botanists of the 18th century, alchemists of the Middle Ages who always produce cold and gleaming gold”, wrote the great Cuban journalist Fernando G. Campoamor, in a kind of biography of rum entitled The merry son of sugarcane. 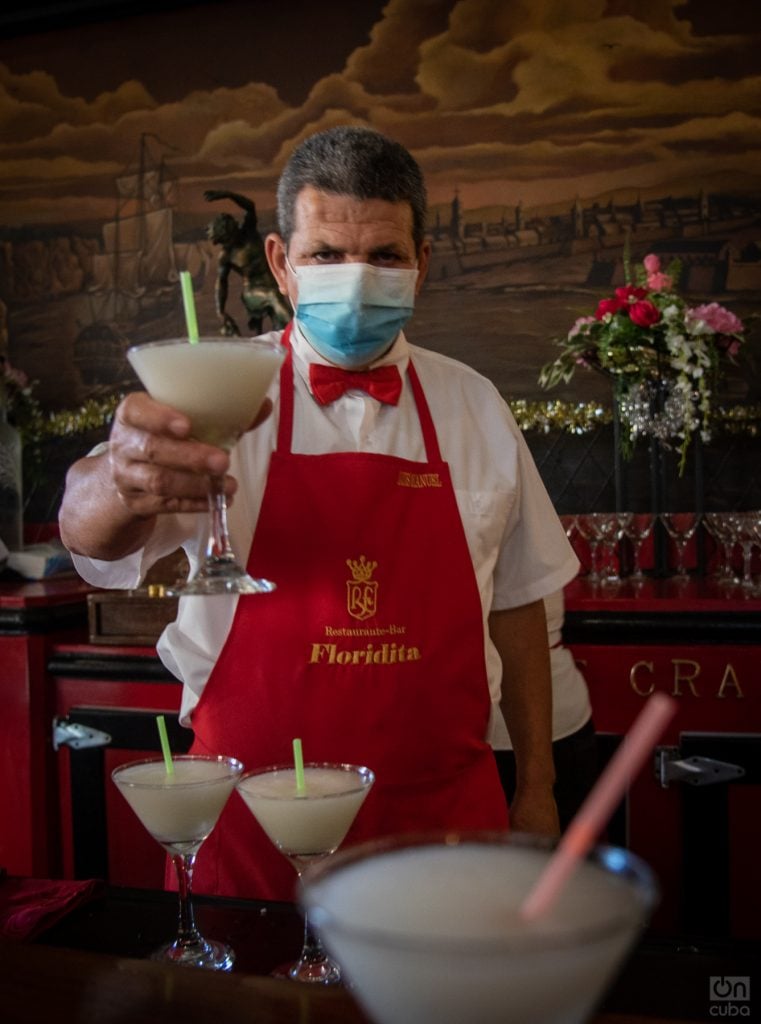 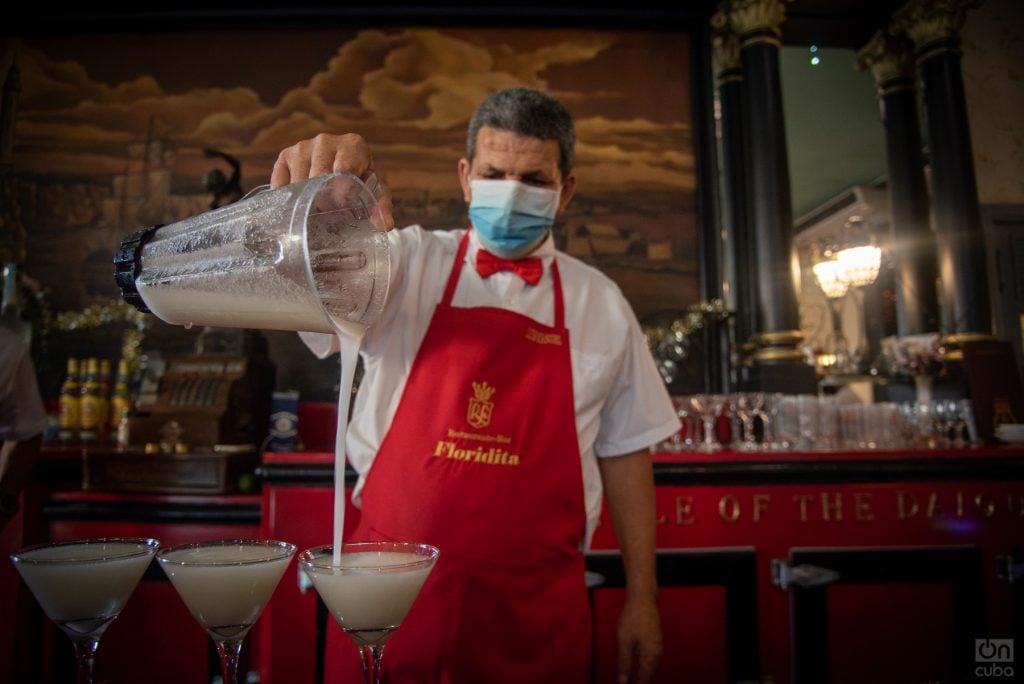 Since then, the roar of mixers mixing the formula that became elixir, became part of the soundtrack of the Floridita bar-restaurant along with the musical groups that enlivened the nights of the bar with pure sones, guarachas and boleros. 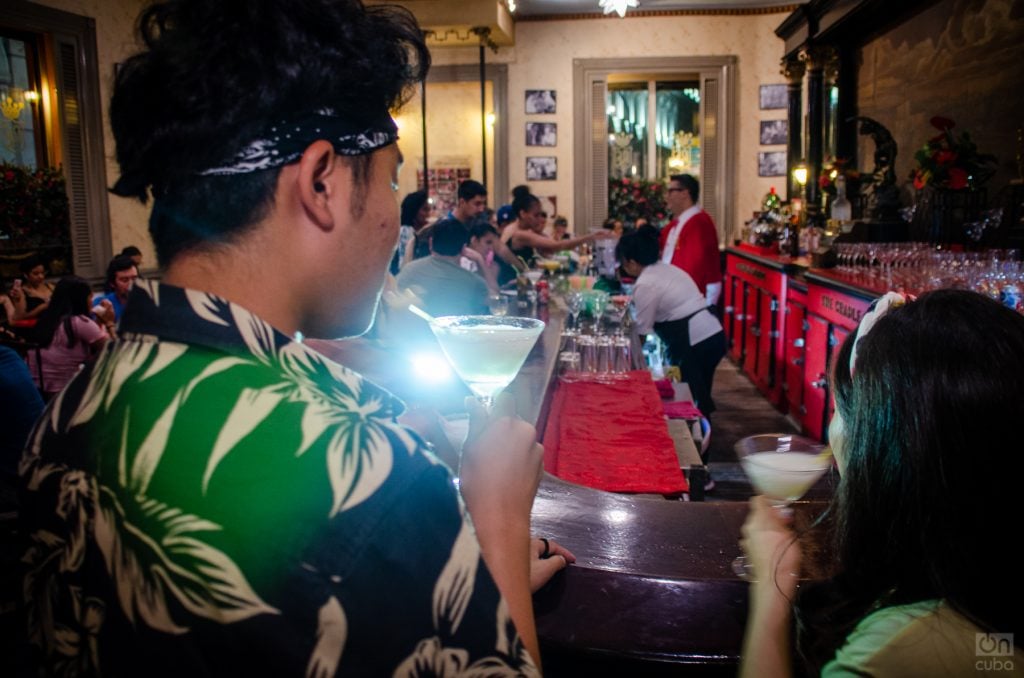 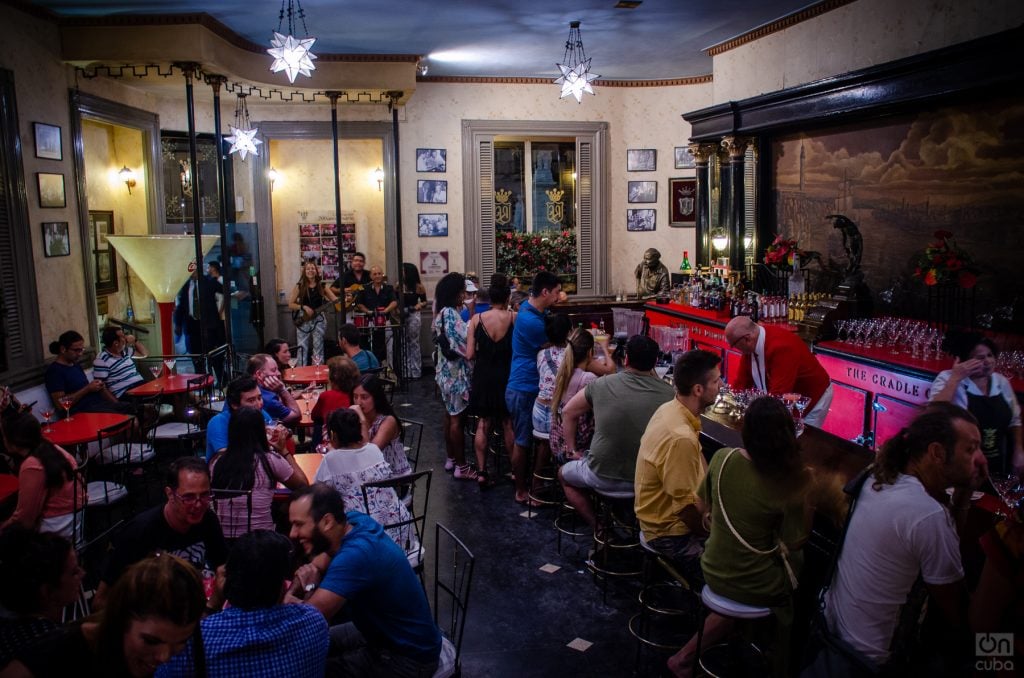 The moment of greatest splendor came in the 1950s. By then all the famous figures who came to Havana passed through Floridita. The list is long: Spencer Tracy, Ava Gardner, Gary Cooper, Marlene Dietrich, the Duke of Windsor, Luis Miguel Dominguín, the boxer Rocky Marciano and Errol Flynn, among many celebrities.

So far did the popularity of the establishment go that in 1953 the famous magazine Esquire distinguished Floridita as one of the seven most classy bars in the world. 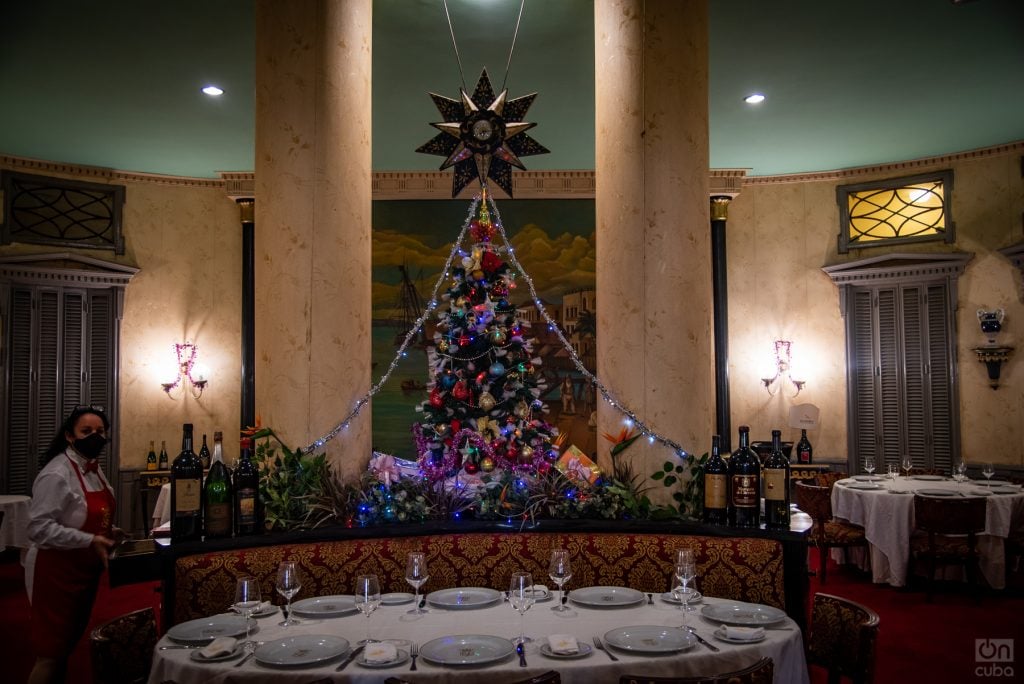 A little earlier, in the 1940s, Hemingway fell in Havana. He begins to frequent the bar-restaurant. He takes all of his friends to try the daiquiri prepared by Constante. He writes standing in the corner of the bar. And they say that he even got involved on one occasion with punches in a brawl with drunks. And so, like any other Cuban, he spends his days in Floridita the famous writer. 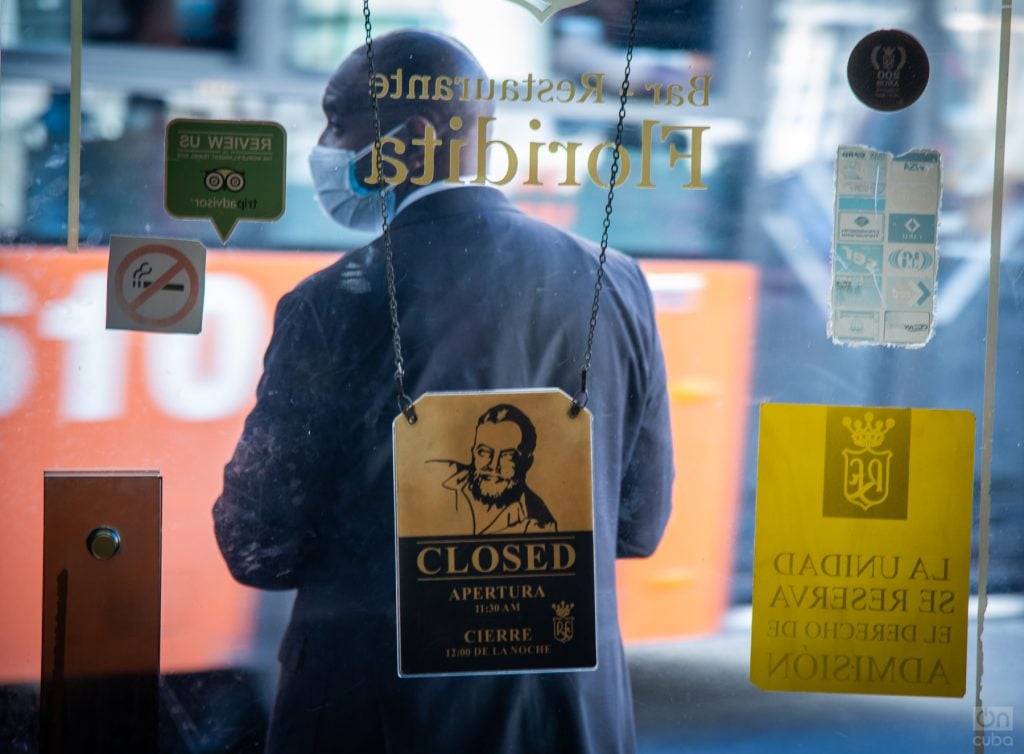 Such was his affinity with this place that the book “Islands in the Stream”, his posthumous novel published in 1970, whose manuscript he left among his stationery in Cuba, develops a large part of the plot in a bar in Havana.

The story tells the life of the painter Thomas Hudson. There he emphasizes about the daiquiri that “the drink could not be better, or even similar, in any other part of the world…”.

In another part of the book you can also read:

«I had drunk double frozen daiquiris, one of the great daiquiris that Constante prepared, which did not taste of alcohol and which, when drunk, gave a smooth and fresh sensation. Like the skier who slides down from the frozen top of a mountain in the middle of the powder of the snow. And then, after a sixth or eighth, the sensation of the mad rush of a mountaineer who has let go of the rope…».

And now, in the 21st century, between talk and talk with my girlfriend and the bartender, elbows at that same bar where at one end there is a sculpture of Hemingway as in the good old days, we have already had three daiquiris each. We review so many stories that we seem to have lived them. This, thanks to the monetary reorganization that, although it has caused many headaches, now allows us to enjoy the tasty cocktail in its cradle at 120 Cuban pesos.

One of the bartenders at the famous Floridita bar-restaurant in

Cubans only need a negative covid test to travel to Spain

Spain modified the requirements for travelers who wish to enter

Thus, in the PAN and in each opposition party and

Portugal welcomes with “open arms” Ukraine’s request to join the

Cubans only need a negative covid test to travel to Spain

UNE: The situation remains complex and the effects will continue

MADRID, Spain.- The Electric Union of Cuba (UNE) stated this Friday that the situation of the

Vangelis and the resurrection ceremony

I read that Vangelis died at the age of 79. I read it several times and

“Perro Sato Art”: the entrepreneurship of a designer mother

Dealing with a small child at home, full time and in the midst of a strict

Madrid Spain.- The United States government once again included Cuba in its annual list of countries

Volleyball: Russian club apologizes for its coach’s racist offense against a Cuban player

The club of volleyball Lokomotiv, from Kaliningrad, apologized this Friday to the Cuban Ailama Cesé, player