After two weeks of absence, finally, he spent the toilet removing the garbage from the community of Los Olivos, Barrio Zulia of the Plaza de Miranda municipality. Failures in garbage collection are a constant in several of the jurisdictions of the state that governs Hector Rodriguez (PSUV).

Mirian Román, a resident of Los Olivos, indicated that the accumulation of waste in the area is a “situation that is already recurring.”

“It’s always the same, too many days go by and then they have to make several trips to take everything with them,” said Rosa de González, who also lives in the area and is the mother of two children.

“Finally they take that away, because apart from the fact that it looks horrible, it brings bad smells and many flies,” he stressed.

* Read: Guarenas turns 400 with 55% of its industrial park turned off 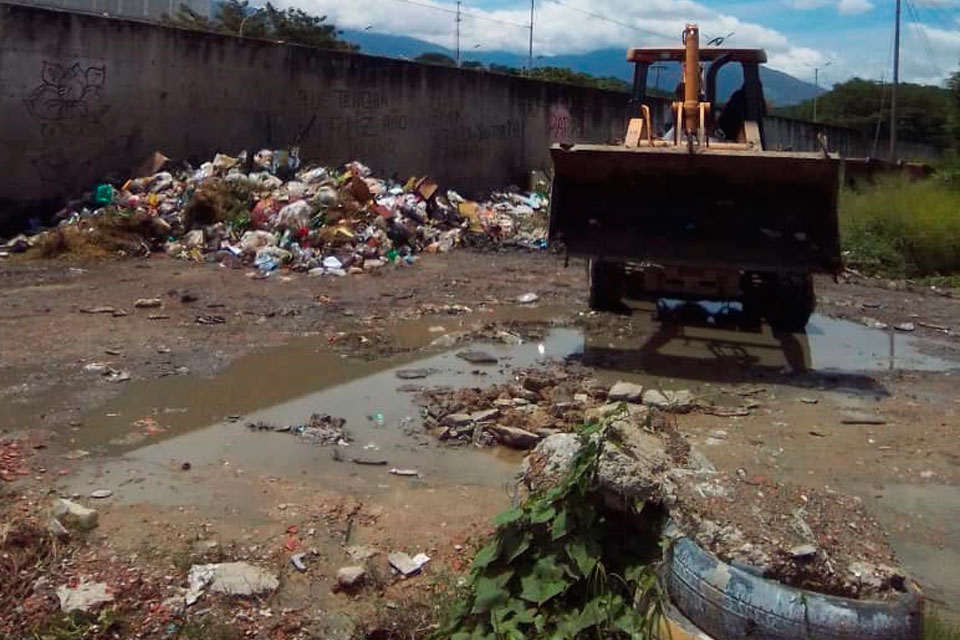 * Read: Living among vultures: scavengers reign in the capitals due to failures in garbage management

Another novelty in the municipality of Miranda, under the direction of Freddy Rodriguez (PSUV), was the weeding and cleaning of canals, in order to prevent flooding due to the arrival of the rains.

Inhabitants of the 27 de Febrero sector expressed their satisfaction because the government authorities carry out this work, which should be habitual and more so in the rainy season.

According to Maigualida Terán, a resident of the 27 de Febrero sector, former Doña Menca de Leoni Urbanization, since Monday, June 27, gangs of workers have been observed on Guarenas-Guatire Intercommunal Avenue and in the perimeter area of ​​Plaza Sucre, where they weed and clean the canals.

“We hope that these works serve to prevent flooding caused by the heavy rains that are falling in the area,” said neighbor Terán.

* Read: Secretary of Food in Miranda assures that there are 42 thousand hectares of crops

“Finally they take that”: after two weeks of waiting, the toilet passed by Los Olivos de Miranda

Residents of the Plaza municipality of the Miranda state also

Dollar today: how much is the foreign currency trading for this Saturday, July 2

At the close of the business week, the prices of

Former Evo ministers are dissatisfied with Del Castillo’s management, but support Arce on changes in the Police

The former ministers of Evo Morales issued a statement in

Charged on credit and foreign exchange transactions, the Financial Transaction

Dollar today: how much is the foreign currency trading for this Saturday, July 2

SCANZOROSCIATE, Italy–(BUSINESS WIRE)–High-performance specialty plasticizers, with their superior technical performances in high-temperature and electrical applications, are

How to create an account in Reserve and save in dollars from your phone?

With Reserve it is possible to deposit money with different currencies, such as bolívares, dollars, Argentine