In the last hours it transpired that Bandera resigned from his political community, after being sentenced by the Justice for domestic violence and unauthorized possession of firearms.

After knowing the facts, the Broad Front of Paysandú declared its “most emphatic repudiation of the acts of gender violence perpetrated by the person involved.”

Likewise, the FA Sanducero expressed its “solidarity and support” for the victims of the unfortunate event; and of all those who continue to suffer daily.

FA demands his resignation from CARU

On the other hand, the leftist coalition pointed out that “bearing in mind the responsibilities assigned to him in CARU and the behavior and conduct that those who hold public office must follow, as well as the country’s own image that has been damaged, Bandera must cease in the position assigned to him by the National Government in that body.”

On the other hand, the Broad Front of Paysandú reaffirms the commitment to combat the causes that generate gender and domestic violence, as well as the support, preparation of proposals and development of policies that contribute to this objective; and exhorted the political and governmental system and society in general to work to eradicate this scourge.

From the Broad Front, Pablo Caggiani questioned that Bandera “is still in CARU earning 5,000 dollars per month.”

Bandera, notary public and white leader of Alianza Nacional, was a candidate for the Paysandú Intendancy in 2020 and between 2010 and 2020 he was mayor of the Municipality of Quebracho.

He currently works as an advisor in CARU, a political position for which he was appointed in December 2020, for 12 months and with the possibility of contract renewal, with the aim of “reviewing” the Civil Servant Statute. 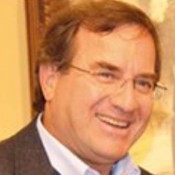 The former candidate for mayor of Paysandú and former mayor of Quebracho for the National Party, Mario…

MADRID, Spain. – During 2022, tourism in Cuba plummeted by

As is customary at this time of year, the Executive Power established the adjustments for public

Fat New Year’s Eve was for number 39551 and there were four winners: see all the

aliaqathe father of the Afghan family who has taken refuge in Uruguay since Thursday, thanked the

Comodatum between Club Tulipán and the Municipality of Río Negro

With the presence of the Mayor, Dr. Omar Lafluf Hebeich; the Secretary General (I), Dr. Esc.

In a statement dated this Friday, December 30, the Ministry of Public Health (MSP) informed that