Journalist of the Culture Newsroom

Oliva, artist and teacher, takes root in that land “created with the stroke of a chisel in his own eminence and under the sun”. “Mi Aldea”, the one described by Regino Eladio Botti in his verses, is part of him, whether before an auditorium in London, the National Theater of Cuba or in front of the students of the Higher Institute of Art (ISA).

That is why his compositions have a bit of Changüí, Nengón and Kiribá. He took advantage of what comes in his veins to create his language, connect with his space and identity, know and explain the why, where, when, how and what of music.

“You have to study the works, mastering each one changes the artistic vision and allows you to see beyond the notation code. If it is a Cuban music, the student must know if they are dance genres and delve into other details, for example, how to dance, ”she commented exclusively with Prensa Latina. 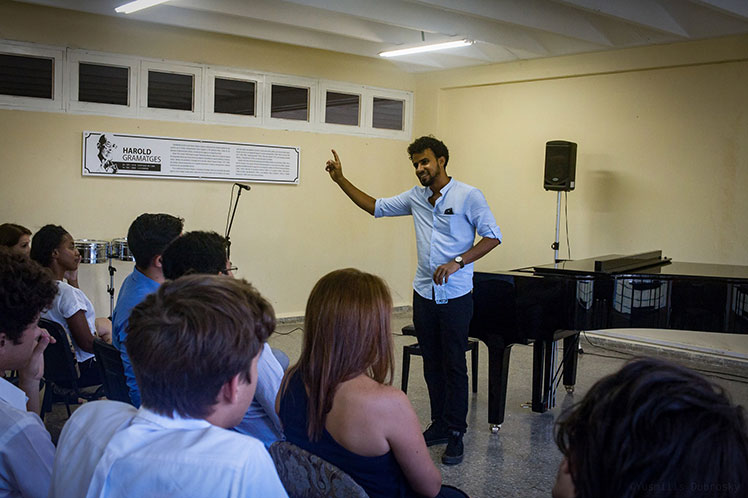 Master the difference between liturgical melodies in a baroque style and the exciting language of the 19th century in full romanticism. As it intends to reach the level of excellence in the execution of a foreign piece, it tries to build the artistic process that the Cuban one demands.

“When you manage to know the essence of that music, you can execute it in a better way and a communicative process occurs between the body and the brain that makes you dominate the moment and achieve your purposes in class, performance and/or composition,” he explained.

And Oliva knows what she wants. For the production of his debut film, which, without any surprise, is entitled Mi Aldea, he summoned young Cuban talents and went to his hometown to record in first person the crowing of the rooster, the hustle and bustle of the people, the flow of the river , the legitimate sound of Guaso.

The result? Well, a “refined camera work, with great fluidity and organicity in the interpretations”, according to the specialists. Surely, it was also the supreme pride of Cecilio Gómez, Francisco Garner, Danae Ulacia, Juan Piñera, their teachers, wherever they are.

We talked surrounded by the art that is breathed in the ISA, nature and the sounds of a trumpet that the wind is responsible for spreading everywhere. Young Ernesto Oliva arrived at that place years ago, feeling that he did not meet some of his expectations.

“The ISA cannot go through you, you have to live the ISA”, an educator told him then, one of those capable of “charming snakes” and took him to the place where he is now convinced that he can find, if not all, a good part of wisdom: the library. 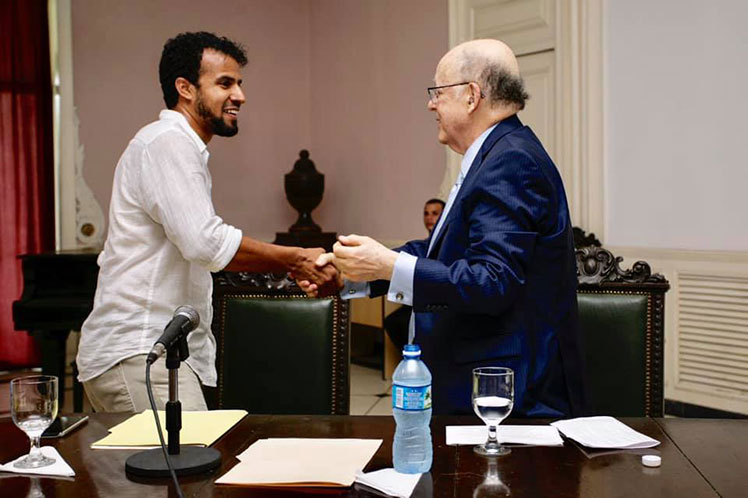 The pupil with a “restless spirit” took possession of those lights, of the space full of magic, of the luminary of stellar professors, of the connection with his classmates and other profiles, of the opportunities offered by the university.

“The balance is achieved with the discipline in the professional project that you want to be. If you manage to see that and get involved in transdisciplinary processes, you gain a lot and your sensitivity and sense of identity also prospers, ”she assured.

His works fuse the autochthonous with contemporary currents, with refined skill and, although there is already a methodology pre-designed by the study system in the classes, he also seeks to create, experiment and get out of dogmas. 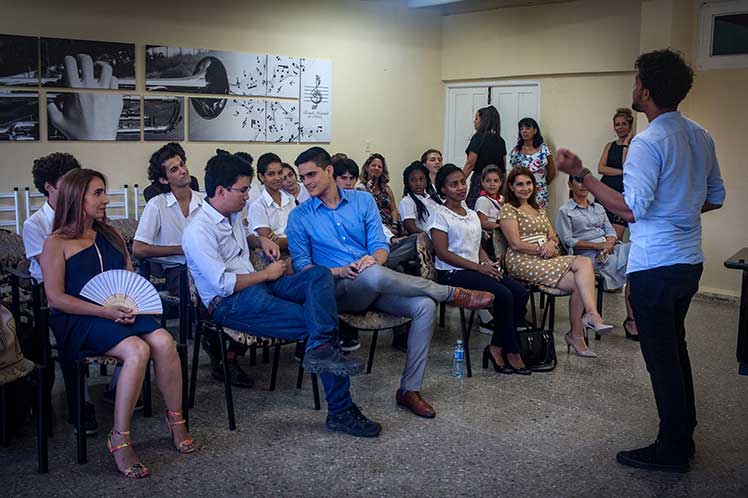 Many of the pieces to be interpreted respond to the technical difficulties of the exercise, but there are works of a free nature that are related to popular genres in the world and therefore, they are dances and are linked to musical expressions.

Oliva wields such arguments to consider appropriate the existence at the elementary, middle and higher level of the music profile of a subject closer to body expression in order to link those movements, sometimes unconscious, with the feeling, the idea and the history. . 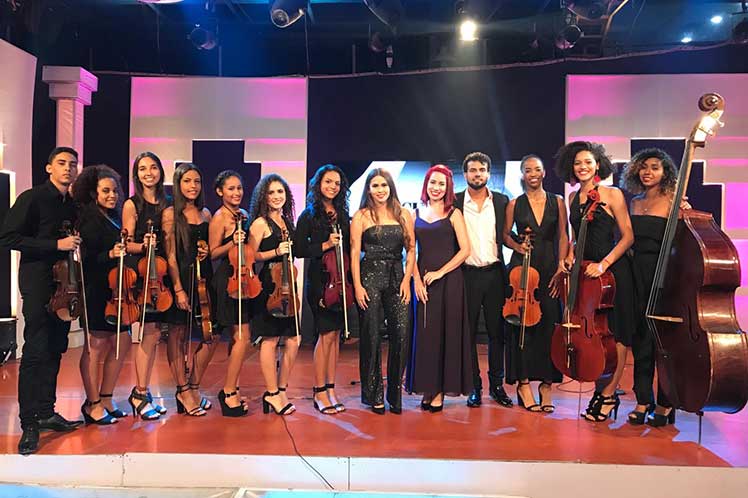 The demands that, according to him, future artists should have, are the same assumed by him, he even redoubles the requirements and seeks a balance between his artistic ambitions and the commitment to the development of another person.

Like a doctor who seeks to maintain the health of his patient, the teacher must be in constant intellectual growth, diagnose and treat the student’s difficulties because, he affirmed, in pedagogy an error can kill an entire generation.

Oliva trusts that the difficulties manage, in many cases, to expose the best of the human being and, in artistic education, allow to draw strategies to find and favor language as a person, creator, teacher and friend. 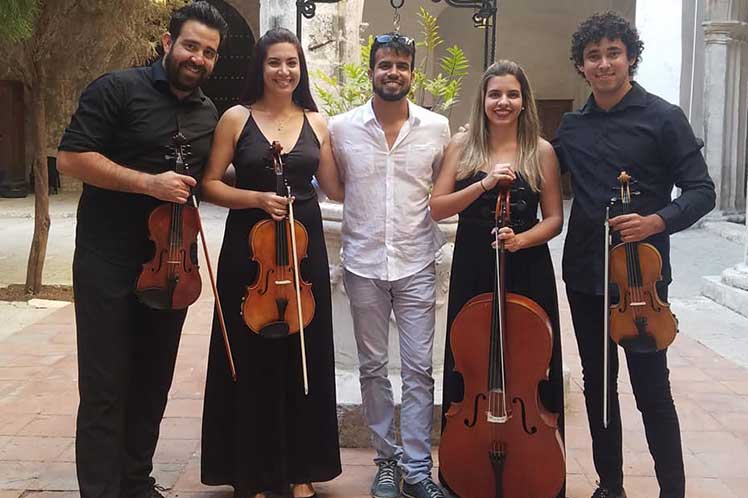 The pianist invites his students to the recording processes so that they enjoy and observe the responsibility of being part of or being in front of a group of colleagues, respecting the paid time of the record companies, the teaching commitments and, above all, making an effort to have a good result.

He values ​​teamwork and shares each of his experiences with dance or music students: the agreement with the choreographers, the interaction with the filmmakers, the importance of listening and being part of another person’s dream and imagination. 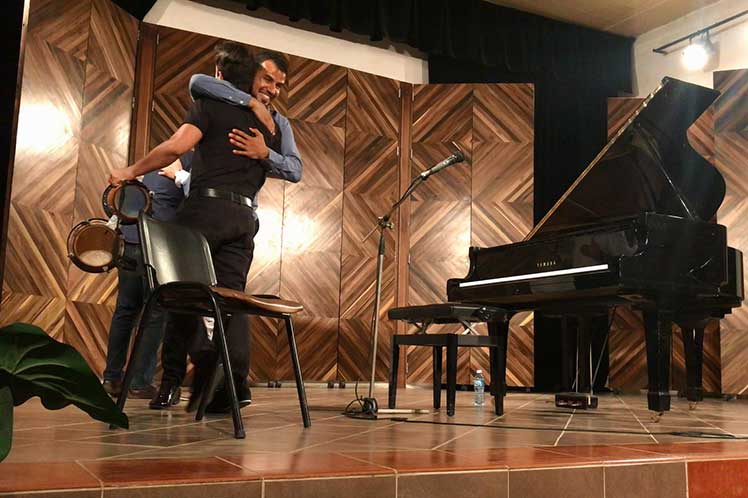 Humility and the willingness to help second and third parties may be the password to open doors and embrace their personal utopias that came in return for their commitment, respect, dedication, “pebble and idea, arm and wing, instinct and temple, cloudscape and swamp, hate and love at the same time”.

As long as he exists, Ernesto Oliva will find the musical scale to express himself, the piano will be tuned to decode his voice, knowledge will be available to those in need, students will laugh alongside him enjoying the teaching, Guantánamo will have its “Café Changüia’o”.

First days of a year that will not go unnoticed.

Machu Picchu: all train operations are suspended due to a strike that restarts this Wednesday

Last Tuesday afternoon, PeruRail, the main train operator on the

The spokesman for the bloc of senators of the Dominican

Number portability: Claro was the biggest beneficiary in 2022

Claro was the operator that benefited the most in 2022

Mexico elects a woman to head the Supreme Court of Justice

Cuba: More than a million cooking equipment not working due to lack of parts

MIAMI, United States. – The Ministry of Domestic Trade (MINCIN) of Cuba recognized that in the

Cuban judoka Andy Granda will start the 2023 season in Paris

Raicel Iglesias will not be in the Clásico: “I respect those who said ‘yes’, but I don’t fall for that game”

In the overwhelmed hospitals of Shanghai, the elderly sick with COVID overwhelm the emergency services. Three