Regarding the street vendors, we will build galleries for them, so that they pay us through their different associations in 20 years and thus have a property title.

On the subject of transportation, we propose intelligent traffic lights, which will return to citizens more than 30% of what is lost today in transit throughout the city.

Regarding security, we will do a serenazgo school and they will be trained by the Ministry of the Interior itself. In the first 50 days we are going to close all the places where they sell stolen cell phones. In 48 hours the criminals will go to jail.

We will give facilities to the boys to gain ground to delinquency; We are going to open sports centers for them.

In the social issue, we are going to build the garden cribs so that they can leave their children and go to work; We will work with older adults and people with disabilities to give them opportunities to work.

Elizabeth León – Esperanza Front: “In my administration I will open the Plaza de Armas”

Faced with earthquakes or natural disasters, I propose to implement risk prevention offices. In addition, I will create storage units with food and humanitarian aid.

In my management I will open the Plaza Mayor of Lima and I will not allow the Historic Center to continue closed by order of President Pedro Castillo. That the Government Palace be fenced if you want security.

Mass public transport will have priority over private transport.

I will carry out a registration of Venezuelan citizens residing in the capital. If I reach the municipal chair, I will lead a frontal fight against crime. Likewise, I will coordinate with the other 42 Lima districts for a serenazgos program without borders.

On the social issue, I propose S/30,000 water tanks next to each slope of each hill and then S/10,000 pumps and pump water to the hills. 10% of the budget will go to the common pots, the water will reach 2 million people.

Regarding citizen security, I want to propose 10,000 motorcycles in Lima with technology, and a control panel in each district so that the motorcycle is working in the upper and lower parts; 12 thousand cameras interconnected with artificial intelligence to detect racket. There will be patrolling integrated with the National Police.

Regarding transit in Lima, we propose an expansion of the Metropolitano, which will go from the district of Carabayllo to the Panamericana Sur, and the train from Callao to Chosica; we want to co-invest with the ATU, not deactivate it.

Omar Chehade – Alliance for Progress: “The ATU is destroying the transport”

To promote culture in the capital, I plan to organize cultural and gastronomic fairs. I will also seek to promote art in the Cercado de Lima and, for this, I will reopen the Damero de Pizarro.

I will not allow the Urban Transport Authority for Lima and Callao (ATU) to “continue” taking over powers from the Metropolitan Municipality of Lima (MML). The ATU is destroying the transport. I will privilege the public transport system.

I am committed to improving public spaces and optimizing public lighting.

In my administration, one million jobs will be achieved, in addition, the budget destined to support the Common Pots and also the Glass of Milk will be doubled.

Gonzalo Alegría – Candidate of Together for Peru: “I have notarial letters for the media”

We have planned S/3,200 million in 4 years for citizen security and roads, a new access for San Juan de Lurigancho, practical works, not unattainable; that Lima Norte have a new access through the Santa Rosa tunnel. We will extend the Bedoya Reyes trench and we will install a cable car. You have to keep tunneling. Apart from the peak and plate, we need adequate hours of loading and unloading of truckers.

Regarding cycle paths and their expansion, we propose 20 programs, to build small elevated bridges so that, when large intersections have to be crossed, bicycles can circulate.

Turning to the case of my son’s complaint, I have the notarial letters that I have just sent to the media that continue to insist on that false complaint.

In citizen security, I propose that the National Police daily capture 200 people in flagrante delicto. In addition, I will hire 1,000 ‘ternas’ daily and 6,000 criminals will be captured per month. I will also make available to the Lima Police Region all the police units that are designated for the care of the Metropolitan Municipality of Lima. I am committed to achieving permanent patrolling through the streets of Lima thanks to the rental of two thousand patrol cars.

Regarding the creation of a “pink zone” in the capital, I would not promote it, since its construction is very difficult and the concern of my management is to eradicate them.

On the other hand, I will change the pedestrian streets of the capital in order to achieve better traffic for people and also for vehicles.

Yuri Castro – Peru Libre: “A pink zone in Lima is not a priority”

As a proposal to combat corruption, I will implement a “citizen complaint system” to combat this scourge from the Metropolitan Municipality of Lima (MML).

I will also formalize the outpatient service in the capital with the registration of ‘independent merchants’. It will be made easier for informal merchants in Lima to apply for micro-credits with the support of the Caja Municipal de Lima Metropolitana and also to use the appropriate public spaces so that they can sell their products.

I will promote the social projects that are in charge of the Lima commune.

I consider that implementing a “pink zone” in Lima is not a priority at the moment.

María soto Velásquez – Candidate (for mayor) of Avanza País: “The ATU must return to the municipality”

Regarding the environmental problem, we are going to work with the police stations, to order the process in such a way that those cars (old ones that pollute) are taken to the scrap plant, promoting incentives so that these vehicles are eliminated.

To overcome insecurity, we will present a bill in which cell phone theft crimes are considered urban terrorism and receive sanctions such as imprisonment.

Regarding sexual education, I am convinced that we all have to work hand in hand, citizen participation is very important.

About transport, peak and plate reactivation would not be a suitable solution; it would create clutter and not everyone would be able to get organized. The functions of the ATU must revert to the Municipality of Lima. 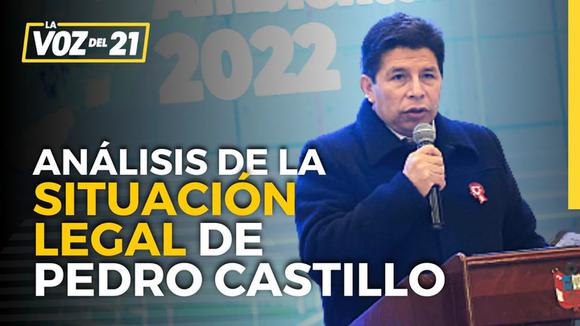 We spoke with the former anti-corruption prosecutor Luis Vargas Valdivia and the criminal lawyer Romy Chang about the legal landscape of Pedro Castillo based on the new statements made by Bruno Pacheco to the Prosecutor’s Office.

Ovidio, another success doomed to fail

First, because of the arrests of “ringleaders” the historical path

The seventh hearing will begin on Monday morning with the

The Ministry of Education (Minedu) announced that the exceptional bonus

Government goes to communities to repair damage from Fiona

With Punche Peru: MEF will look for better managers for the regions

A good ad. The Executive aims to improve the quality of the management of regional governments

After more than four hours, the forum of the National Agreement (AN), which held its 132nd

The government of Dina Boluarte arranged that Evo Morales do not enter the country. The Ministry