Due to the political uncertainty that generates nervousness in investors and factors in the international economy, the price of dollar it is still very volatile at more than S / 4.00 in the exchange market and this fact causes some impact on various economic items, but it has also generated an increase in the value of the savings of another group of Peruvians.

According to a report by the Billex company, a digital currency exchange platform, citizens who had savings in dollars have earned more than 10% of what they had saved so far this 2021.

“It is important not to speculate. The objective should be to buy dollars to have a percentage of their savings in that currency, the percentage is defined by each person based on their particular needs ”, indicated Javier Pineda, general manager of Billex.

Items less affected by the rise in the dollar

Pineda said that the export and mining sectors are the markets that have achieved the greatest benefit against the rise in the dollar, they receive more income because all of their sales and profits are made in foreign currency; that is, at the time of making the monetary exchange from dollars to soles it will be higher.

“Remember that when taking debts it is about matching the currencies, that is, if the company has income in dollars it can take debts in dollars, if the income is in soles, it must borrow in soles. Failure to do so will imply currency mismatch risks with potential losses for the company. He added.

He also mentioned that if dollars are bought or sold, hoping to anticipate possible rises or falls, it could mean making or losing money. “Predictions on the behavior of the dollar are very difficult to guess, although you can comment on its trends”, He said. 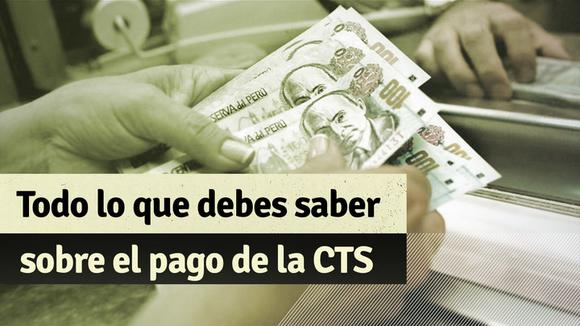 In a few days, private companies will have to pay the CTS, which is why we will inform you below, what it is about, who should receive it and how to calculate the amount corresponding to this month of November.

Óscar “Nenecho” Rodríguez, mayor of Asunción, announced a series of

Five keys to understanding what is happening in Nicaragua

Castillo chooses to go to the inauguration at school, despite mobilizations and carrier strikes

Dozens of farm workers block the South Pan-American Highway, at kilometer 290, with burnt tires and

This year, Mina Justa, the expansion of Toromocho and Quellaveco will contribute 0.7 percentage points to

Minister of Education, Rosendo Serna, plagiarized 72% of his doctoral thesis

Maria del Carmen Alva faces this Monday, April 4, a new accusation against him. This time,