In a call for bids for the Maintenance and Irrigation of Green Areas service for the Vallemi and Villeta Plants, carried out by the INC, the convenor awarded for a total value of G. 2,719,999,992 to two bidding companies.

The tender is within the category Cleaning Services, Maintenance and Minor and Major Repairs of Installations, Machinery and Vehicles. A total of 9 companies were presented at the call, among which Grupo San Alfredo SRL stood out with the most accessible offer in the presentation.

The items awarded for each company are divided as follows: Grupo San Alfredo SRL will be in charge of the “Building Exterior Cleaning Service”, while APFG SA will focus on the “Green Areas Maintenance and Irrigation Service for the Villeta Industrial Plant ”.

BACKGROUND OF COMPLAINTS
Between the two awarded companies, Grupo San Alfredo SRL, has a series of complaints within its antecedents as a bidder in calls for bids carried out by the State. It is part of other closely linked firms that bid in the same public tenders, with an alleged scheme to bill the State millions.

The other firms involve Cevima SA and Prodpar SA, all of them always present themselves in the cleaning area, they share representatives and give the impression of generating some competition among all, in order to keep the awards in the end.

The Director of Contracts, Pablo Seitz, at the beginning of October 2021, had reported on the opening of an investigation, based on the publications carried out by the press on the links between San Alfredo and Prodpar.

Conversing with the director, he acknowledged being aware of all the complaints filed and said that from the National Directorate of Public Procurement (DNCP) they always take into account the journalistic investigations that are carried out.

“In fact, there is already a summary on one of these companies, but yes, we still cannot determine if they actually earn millionaires amounts through their connections and what is the amount of money already collected for it,” he said.

“So far I do not know if the other firms are also summarized, because the verification is also complicated considering that from Contracts we have an approximate of 500 summaries to suppliers per year,” he determined; Cevima SA has already been sanctioned for three months, a warning that has already ended.

QUESTIONS
When asked about why the INC adjudicates a questioned firm, the director of the institution, the lawyer Ernesto Benítez, explained that without a direct reprimand no value judgment can be issued and therefore they can continue to carry out deals with the firm San Alfredo. 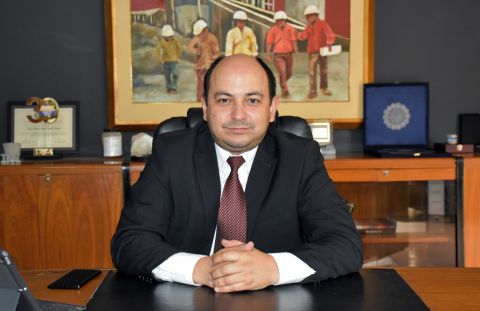 “We are aware of the complaints and this group usually provides services for the INC. We could have objections or fears regarding the execution of the contract that San Alfredo may carry out, but the law imposes on us that as long as there is no imposed sanction, we cannot disqualify the company ”determined the owner.

In that sense, explaining the legal concepts followed by the institution, he said that to carry out the adjudication process, the bidders’ prices must first be verified to observe the firm that will provide the lowest price. Then, the documentary evaluation of the presentation of the offer is carried out and finally the experience and the fulfillment of the conditions are analyzed.

“If the company that presents the lowest price does not have an error, we have no way to disqualify it. That is what happened with the San Alfredo Group, since they were the bidders with the lowest amount presented ”, stated the representative of the INC.

“Messi, you won the World Cup but you lack the Betplay”: ‘Colombian’ version of ‘Muchachos’, viral song in Qatar

Colombian News. The song of the Argentine National Team “Boys,

From BC to Quintana Roo: "caps" put speed towards the race of 2024

The “corcholatas” have traveled the country for more than seven

A recent study conducted by researchers at the University of

Ica: Sanctuary of the Lord of Luren reduces its capacity to 40%

The Minister of Public Health, Julio Borba, explained that it is a new plant that works