The Democratic Peru bench announced that it will support the constitutional complaints filed against the president of the CongressMaría del Carmen Alva (Popular Action), and legislator Patricia Chirinos (Avanza País).

Through a statement, its members expressed their unanimous support for the complaints presented by the congresswoman and Minister of Labor and Employment Promotion, Betssy Chavez.

“These complaints are duly supported by evidentiary elements in which an action contrary to the constitution by the denounced congresswomen can be seen”they indicated.

Alva Prieto is accused of meeting with congressmen from various parties to “forge a vacancy or use alternative figures that would violate the constitution, such as the ‘suspension of office’”.

While, Chirinos was denounced for her participation in an international forum where she expressed a “veiled and racist attack against the presidential figure, seriously eroding respect between the powers of the Peruvian State”.

“We believe that these complaints are of vital importance for the protection of Peruvian democratic institutions; and, on the contrary, not denouncing them would mean abdicating in favor of impunity and the authoritarianism of the most stale and fascist right”they underlined.

The statement concludes by asking the Subcommittee on Constitutional Accusations of Congress to prioritize the complaint, “in the shortest possible time”for its admission, process and resolution according to law. 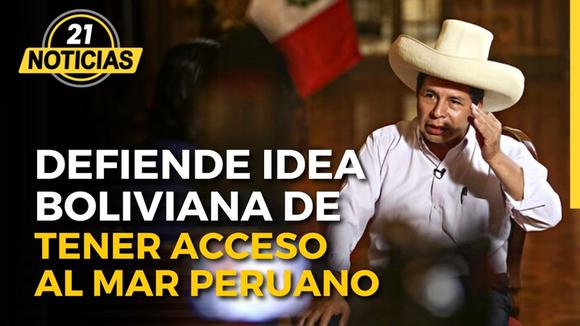 The truth of Castillo’s lies. Eight analysts break down Pedro Castillo’s statements before CNN. In addition, the pace of childhood vaccination is accelerating. Also, the government does not pressure Repsol. And, Australian ship with covid-19 cases docks in Tonga to drop off aid,

Assailant dies electrocuted after trying to enter a house