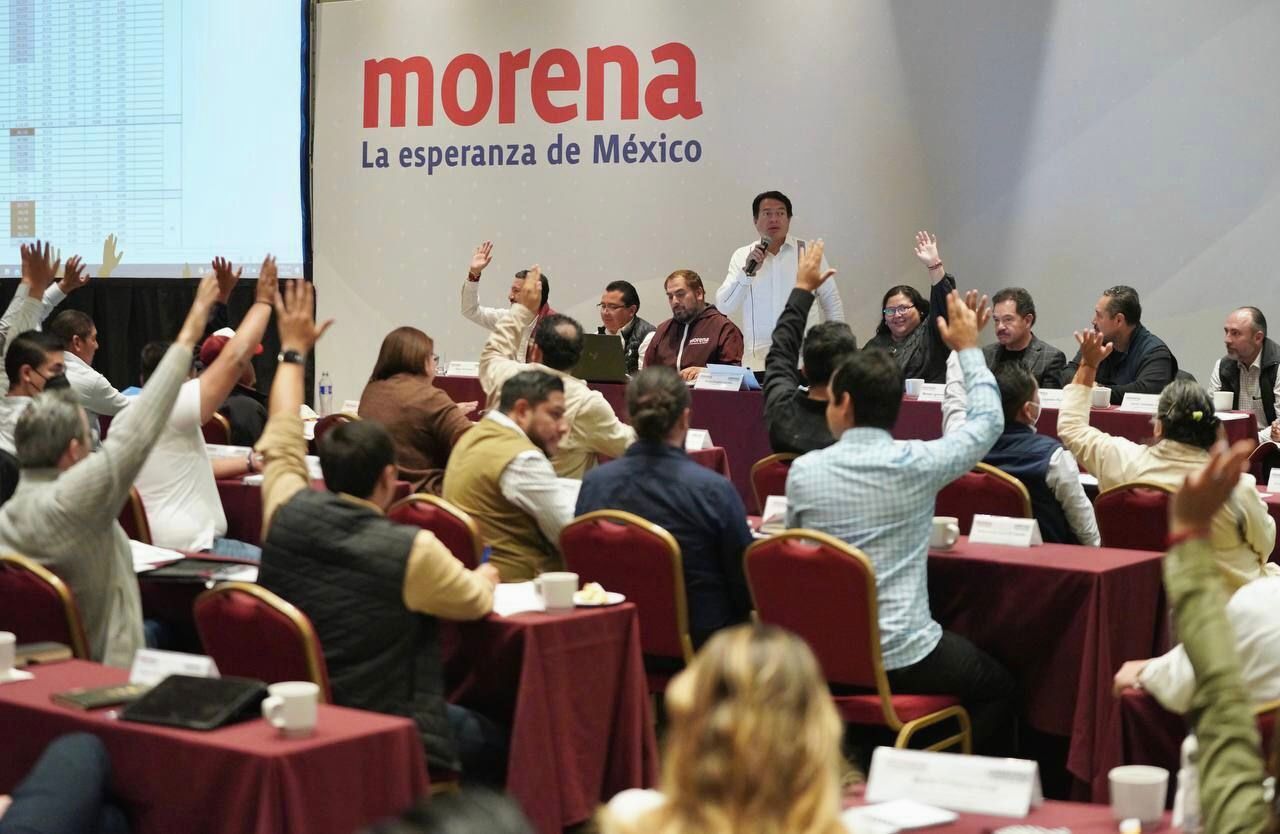 But from Morena they do not see that the defense coordinators of the Fourth Transformation are illegal. The former national president and former general secretary of that political force, Yeidckol Polevnsky, affirms that it is an indispensable position for the internal organization of the party.

“We are a movement party and as a movement party we have different activities: those of the party and those of the movement. We have refused to allow movement activities because we want to be with the people, to know what the people need and that is why for us the promoters of national sovereignty or coordinators of the defense committees of the fourth transformation are very important”, he explains. in interview.

Aldo Muñoz Armenta assures that each political party seeks ways to benefit from legal loopholes that allow them to take advantage of their opponents and more so when it comes to elections such as the one in the State of Mexico in which the most populous entity will be in dispute and where it resides most of the electorate. “Each party looks for a style for the trap. Some do it with paid advertising.”

The problem, warn the experts consulted, is that the political parties take advantage of the “legal loopholes” that give them electoral profitability.

“The problem is that there is an ambiguous space, a gray area where you can move. Informally, they are outside the law because they allow for early campaign events, but on the other hand, it is also valid to work on creating a structure on the way to an election,” explains Rosiles.

Polevnsky defends that receiving the position of coordinator does not automatically make you the candidate, however, none of the more than 40 morenistas who have been appointed to the position have not achieved the nomination as a candidate for governor.

“He has a high chance of being a candidate, yes, but it does not mean that he is going to be the candidate. They are not advanced pre-campaigns, we always do promotional work, raising awareness and informing people, not advancing pre-campaigns”, she stated.

Defense Coordinator of the 4T, the figure with which Morena advances campaigns

But from Morena they do not see that the defense

For the tranquility of the Panamanian people and to avoid

Nacional reacts and takes the victory of Itauguá

The one who took the initiative from the very start

Mexican economy would have grown for the third quarter, although it would lose strength

“The result would be favorable and driven mainly by the strength of external demand,” Banorte financial

The First District Judge in the State of Yucatan, Adrian Fernando Novelo Perezratified the definitive suspension

Insabi will invest $6,500 million in works

Last week, Javier May, general director of the National Tourism Fund (Fonatur), reported that in a

Can the US economy grow without monetary stimulus in the COVID era?

With that benchmark in sight, the debate shifts to questions that will determine whether the economy