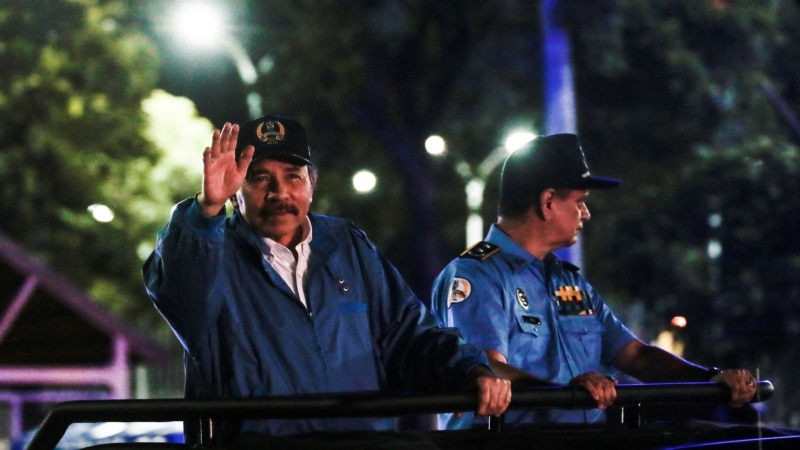 The president of Nicaragua, Daniel Ortega, criticized the government of Argentina for the retention of the Venezuelan-Iranian plane held in that country, since June 6, for possible links with terrorism. Furthermore, he asked for release of his crew.

“They have kidnapped 11, 12 Venezuelan brothers because that is what the Yankees order from Washington and they wash their hands saying that it is a matter of justice,” said Ortega, during a ceremony to commemorate the 42nd anniversary of the naval force, which was held on Monday.

The Nicaraguan president also pointed out that his Argentine counterpart “is playing a more shameful, sadder, more degrading role than the one played by (Luis) Almagro (Secretary General of the Organization of American States), who is openly an instrument of the gringos.” .

And he added that “whoever occupies the presidency of CELAC (Community of Latin American and Caribbean States), which is Argentina, is betraying the principles of CELAC, becoming an instrument of the Yankee empire.”

According to the Nicaraguan president, “it really is a sad, painful moment” for Latin America, “because with such a president, in CELAC, it is ashamed to be in CELAC.”

For Ortega, who spoke during the ceremony, which was attended by the charge d’affaires of the Argentine embassy, ​​Jorge Stevens, the “kidnapped” crew and the plane are being held “simply because the Yankees order it from Washington and ( Argentina) washes its hands saying: that is a matter of Justice”.

The Boeing 747, which previously belonged to the Iranian airline Mahan Air and was later acquired by the Emtrasur company, a subsidiary of the Venezuelan state company Conviasa, was detained in June after landing at the Ezeiza airport, coming from Mexico, with a crew made up of by 14 Venezuelans and 5 Iranians, and a load of auto parts.

At the beginning of this month, the US justice asked Argentina to allow it to confiscate the plane for allegedly having violated “sanctions and export laws, an announcement that sparked a categorical rejection of the Venezuelan government.

The president of Nicaragua, Daniel Ortega, criticized the government of

Population and Housing Census will be carried out from January 8 to March 4, 2023, with an investment of $54 million

The Comptroller General of the Nation, Gerardo Solís, reported this

Evidence collected from the home of Arnaldo Giuzzio for his

The Minister of Foreign Trade and Tourism, Robert Sanchezasserted that

Population and Housing Census will be carried out from January 8 to March 4, 2023, with an investment of $54 million

Police prevent parishioners from entering the parish of Ciudad Darío

Ortega accuses the president of Argentina of “betraying” CELAC

Daniel Ortega charged this Monday against his Argentine counterpart, Alberto Fernández, whom he demanded to release

Mario Hurtado, the Nicaraguan and Mexican businessman who on Monday the 15th it was confiscated de

The dictator of Nicaragua Daniel Ortega reappeared this Monday, August 15, to attack the president of