After the indefinite strike accepted by the population of Machupicchu as a result of the breach of a series of commitments agreed with the Government, including the sale of tickets at the entrance of the Llaqta, the Presidency of the Council of Ministers reported the actions they have taken against your demands.

Through a statement, the PCM explained that -according to information from the Decentralized Directorate of Culture of Cusco- the average effective income to the Llaqta de Machupicchu has remained below the admission capacity of 4,044 people per dayin the period from July 28 to August 11

In that sense, the Ministry of Culture (Mincul) has ordered the continuity of the sale of entrance tickets to the Llaqta de Machipicchu, respecting the approved admission capacity, in person and non-transferable in Machupicchu Puebloin accordance with the terms indicated in Ministerial Resolution 216-2018-MC.

📰 Announcement | About the sale of tickets for entry to the Llaqta de Machupicchu, the following is reported ⤵️ pic.twitter.com/JP65TgsUbj

It should be noted that these measures are part of the respect for the commitments assumed by the Peruvian State before UNESCO, related to the protection of archaeological heritage.

Finally, it is detailed that the Culture, Foreign Trade and Tourism, and Environment sectors “They have been working on the execution of a set of concrete actions that allow the protection of the archaeological heritage to be compatible with the development of sustainable tourism.committing to account for these advances to the population of Cusco and its authorities”.

What did the inhabitants of Machupicchu demand?

Through a statement, the Machupicchu community shared a series of demands in order to lift the strike.

“We demand the sale of tickets in the offices of the Mincul Machupicchu of 50% of its totality in person and 1,000 from one day to the next to reactivate our economies under ministerial resolution”it reads.

Likewise, they request that the increase in cargo to Llaqta be fulfilled from 4,044 entries to 5,044 daily entries supported by ministerial resolution because they consider that this capacity will not only reactivate the city and Cusco, but the entire region and the country.

It should be noted that, days ago the Mincul reported that the sale of tickets for the entrance to the Llaqta would only be in the city of Cusco. 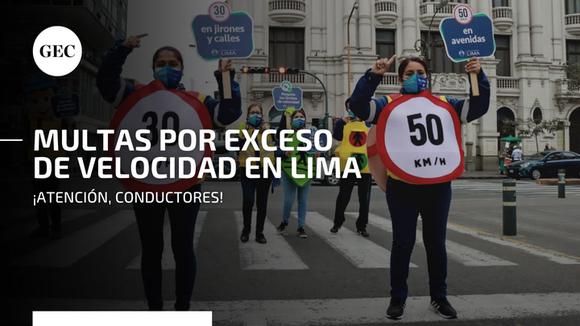 The National Police of Peru (PNP) will begin the control of the new speed limits established by the Ministry of Transport and Communications. What are the ranges and fines? Discover them here.

After the indefinite strike accepted by the population of Machupicchu

multinational steel company Gerdau Metaldom carried out an inventory of

Current mechanism for the issuance of passports “is imperfect”, criticized Bustillo

Current mechanism for the issuance of passports “is imperfect”, criticized

SNTP protested the closure of six radio stations in Cojedes

Marco Ruiz, general secretary of the SNTP, He exhorted State

Through a resolution published on August 10, the Judicial Power (PJ) declared the precautionary measure requested

The population of Machupicchu, together with the District’s Interests Defense Front and other representative organizations, decided

Political climate does not help to fulfill MEF plans

Recently, the Economy and Finance Minister Kurt Burneomet with representatives of the business associations to inform