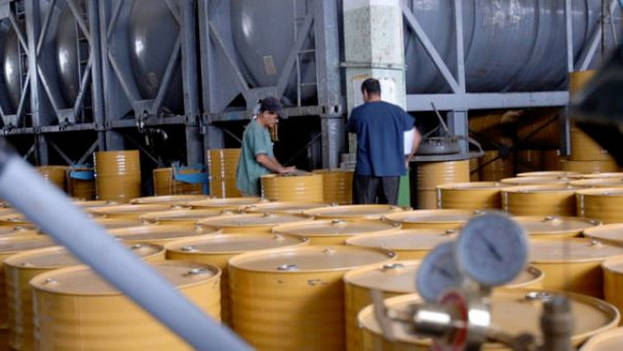 The Cuban Food and Various Product Export Company will cease to exist in a few days. The directors of Cubaexport, the state conglomerate in charge of imports and exports in the food and derivatives sector, received a message this week warning of its end, without giving further details.

“We officially inform you of the closure of the Cubaexport company,” thus begins the email received by the administrators of the companies subordinate to the entity. The text, signed by Ernesto Rulan Hidalgo, has paralyzed hundreds of employees who thought they were working for a safe emporium guaranteed by the Government.

The news is not a small thing. Cubaexport is the great intermediary, sanctified by the ruling party, between state or private exports and the appetizing international market. No basic product has been moved outside or inside the Island legally without going through its bureaucratic intricacies.

When Raúl Castro delivered the closing speech at the Eighth Congress of the Communist Party of Cuba, he made clear two red lines that could not be crossed: foreign trade should continue to be controlled by the State and professionals could not practice as doctors, lawyers or self-employed dentists. Cubaexport had been blessed.

Once that border had been drawn, the only thing left was for private businesses to appeal to state entities to get their goods out of the Island and offer them on the international market. Cubaexport was part of the pillars of a formula that is now beginning to crack or, at least, to cease to be completely in the hands of the Cuban Executive.

“I’m left without a client,” confesses an administrator from Sancti Spíritus who this week received the email announcing the end. “This was the company that gave us the most benefits and work,” acknowledges the worker from Cubacontrol, a state entity that presents itself as an expert in commercial supervision. “They are going to send us to the fields again to supervise the sweet potatoes and yuccas,” she lamented.

“But that’s not the point,” warns Gustavo, a worker associated with Cubaexport in neighboring Ciego de Ávila. “Companies twist their necks when they have losses, when they are not profitable, but if there is a company in Cuba that does not have these problems, it is Cubaexport, which has access to products and domestic raw materials at very low prices and sells them to a much higher percentage in the international market.

“Even individuals are forced to import through us, so we have large commercial margins. Why are they eliminating this company that bills so much money every month?” the employee questions. “What we have been told is that it will be taken over by foreign capital, which has been bought by another company from the Middle East, but without further information.”

“The name that it will have is not clear to us yet, but we can no longer accept new requests or pending reconciliations,” he stresses, by telephone

“It will no longer be called Cubaexport,” an employee of the conglomerate who answers the phone after several attempts to communicate from the writing of the 14ymedio with the state entity. “The name it will have is not clear to us yet, but we can no longer accept new requests or pending conciliations,” he insists, by telephone.

The worker adds that “soon we will be informing you about the details to make a contract with the new company.” Her words discourage many private individuals who had begun to enter the business of importing raw materials or selling their products on the foreign market. Cubaexport had been shown by the official media as a guarantee of that flow.

“We remain within the Gecomex group,” clarifies another employee of the almost extinct Cubaexport. “But we have now defined ourselves as a public limited company.” “We had no losses, there was no need to do this. There are several state-owned companies that are converting and changing their names.”

“Here we had a wide range of exports. Honey, rum, coal, skins, shellfish waste, but we must add that all individuals have to go through this channel or through other similar state companies, there is no other alternative.” The signs of the end of Cubaexport were not felt: “We had problems during the pandemic, but from last February the export of honey started very strong.”

“They have ordered us to paralyze all exports. There are no more operations through Cubaexport because, if we do it now without that coverage, we could lose the world certification as an intermediary,” admits the worker, who fears that honey and coal are compromised with the dissolution of the entity.

“The name, vision, mission and managers of the company are going to be restructured,” says the employee, although he acknowledges that they know “nothing about the new owners.” The Tanneries and Skins Company (Tenpiel) is going through a similar process, according to other sources.

“We are very worried because a foreign company is going to absorb our entity and has said that it will introduce new rules,” warns a worker. The same phrase is repeated in sectors such as shipyards, coal production or royal jelly.

Last Monday, the workers of Astilleros del Caribe (Asticar) who were waiting at the stop for their transport to the company commented with concern on the rumors that a foreign company had acquired the company and, according to them, they were all going to be fired. 14ymedio tried to confirm these speculations through a call to the entity and an employee explained that the company was in liquidation and surrendering. In addition, the worker maintained that the new investors would take office in the month of August, but they did not know who they were or other details, such as whether the same business would continue.

Cubaexport, the state giant of international trade, ceases to exist without prior notice

The Cuban Food and Various Product Export Company will cease

Regime eliminates 93 NGOs and prepares the annulment of another 98

The National Assembly, dominated by the Sandinista Front, canceled this

Algeria celebrates with great pomp the 60th anniversary of its independence

Algeria celebrates this Tuesday in a lavish way, including, for

Five months in Tapachula for a safe-conduct, a Cuban from Cienfuegos despairs

José Luis has been in the city of Tapachula, in the border state of Chiapas with

The Cuban Foreign Ministry reacted this Monday, more than a week late, to the European Union’s

Aerolineas Argentinas reopened its connection between Buenos Aires and Havana this Monday, as they had announced

A group of 12 Cuban doctors arrived in the Maldives this Sunday, to join the 16