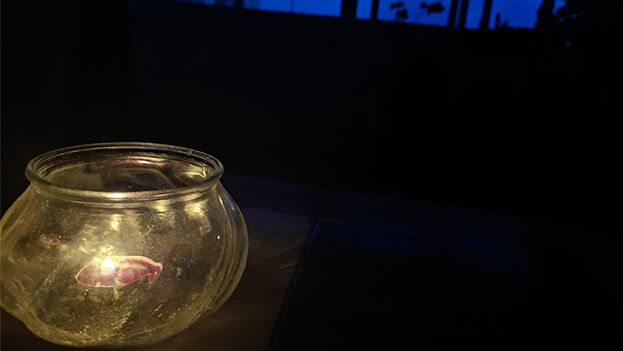 The Cuban state-owned company Unión Eléctrica (UNE) forecasts for this Friday an energy deficit of 28% of the generation capacity during the hours of greatest demand, one of the highest rates in recent months.

As a result, the long blackouts of recent days will continue, cuts that have affected different locations in the country for months, sometimes with up to ten consecutive hours without electricity.

As reported by the UNE, the generation capacity at peak hours will rise to 2,342 megawatts (MW), while the maximum demand will then be 3,000 MW, with which the deficit will be 658 MW.

The UNE, which calculates a maximum impact of 728 MW during peak hours, also indicated that it estimates that there will be outages for much of the day

The UNE, which calculates a maximum impact of 728 MW during peak hours, also indicated that it estimates that there will be outages for much of the day.

Power outages – due to failures and breakages in old-fashioned thermoelectric plants, lack of fuel and scheduled maintenance – are becoming more frequent in Cuba.

In July blackouts were recorded on 29 of the 31 days, according to data from the UNE collated by Efe.

The situation, which weighs down all areas of the economy and significantly affects daily life, is beginning to stir up social discontent in Cuba.

Last year was one of the reasons behind the anti-government protests on July 11, 2021, the largest in decades, according to analysts.

In recent days there have been several minor protests, mainly in small towns with prolonged blackouts, although they have also been registered in Santiago de Cuba and Havana.

Last July 15, in Los Palacios, Pinar del Rio, the weariness of the population with the constant blackouts and power outages that they have been suffering for months, aggravated by the summer heat, was demonstrated. A group of people went out into the street in the middle of the night banging saucepans and shouting “we’re hungry”, “Díaz-Canel singao!”, “Turn on the power, pinga!”, “We don’t want a tooth!”, “Down Pinocchio’s dictatorship!”, as could be seen in videos broadcast through social networks.

While this Monday, in the Luis Dagnes district, in the Altamira Popular Council, Santiago de Cuba, joined several residents to protest the blackouts and the precarious economic situation in which the city lives. The concentration quickly provoked the presence of various military and public order forces, while the demonstrators shouted phrases against the Government.

Other places like Bauta, in Artemisa, Covadonga, in Cienfuegos and Nuevitas, in Camagüey, have also been the scene of hundreds of neighbors who have taken to the streets to stage a cacerolazo with anti-government slogans and demanding freedom.

Cuba relies heavily on foreign oil to produce energy (thermoelectric plants generate two-thirds of the electricity) and its main supplier, Venezuela, has notably reduced its shipments.

The Cuban government aspires to reduce this dependency and has a plan so that by 2030 37% of its energy mix (just over 3,500 megawatts) comes from renewable sources.

This Friday, the official press warned that they are keeping the Antonio Guiteras Thermoelectric Power Plant under observation due to high water consumption, “a sign of some eventuality.” Currently, this plant generates 220 megawatts.

The country has been going through a serious economic crisis for two years due to the pandemic, the tightening of US sanctions and failures in national management.

Cuba forecasts an energy deficit of 28% for this Friday

The Cuban state-owned company Unión Eléctrica (UNE) forecasts for this

These are the most important news of August 4, 2022

With the Blessed Sacrament in hands, Monsignor Rolando Alvarezbishop of

Fernando Aramburú Porras on a single table: ‘Suntracs and other groups want to get their political platforms’

The former Minister of Finance and former president of Apede,

91 Cubans arrested in Mexico, along with the coyote who transported them in his truck

Ten dollars and five banks visited, the dilemmas of a Cuban to sell his foreign currency

I went out into the streets of Havana with ten dollars in my pocket. A sweaty

With protests, ridicule and posters, Cubans respond to the blackouts in Bayamo

Things are changing in Cuba and not only in the capital. The residents of Bayamo, in

The situation of dengue in Cuba is "complex" and it will be more complicated in August, recognizes Public Health

In the last week, dengue infections in Cuba increased by 35.5% compared to the previous week

Power outages ‘turn off’ the best-stocked markets in Havana

Juan Diego Rodriguez “People here are not used to these blackouts,” said a woman outside the