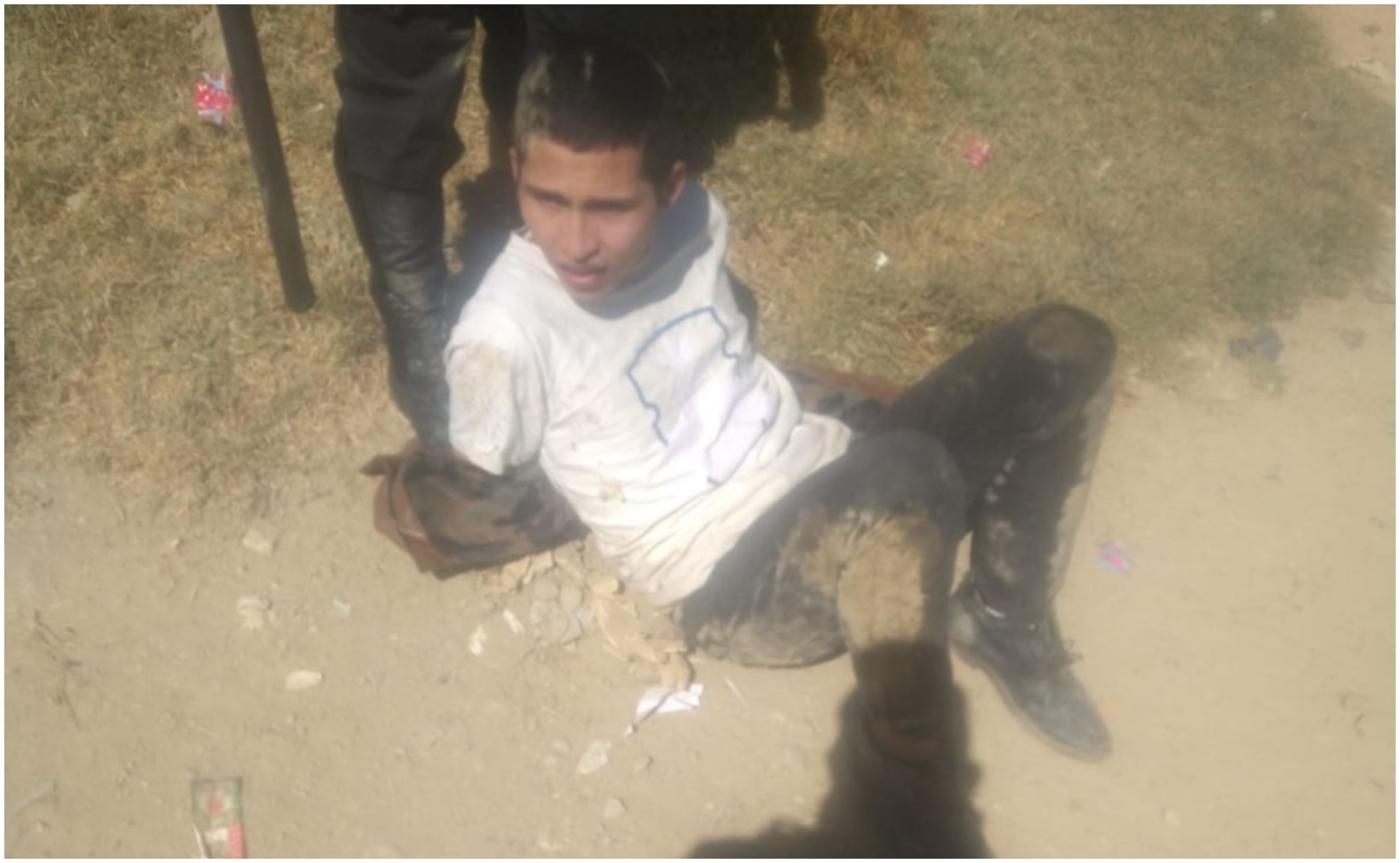 To steal a cell phone, a drunk subject assaulted two young girls. The aggrieved sobbing asked for help and to avoid being captured, the alleged thief not only confronted the police and night watchmen, but also threw himself down a slope, finally being reduced. Víctor Luis Medina Jonda (22), ended up bleeding after suffering the spectacular fall.

WATCH THIS: Police seize more than 140 kilos of drugs, 92 kilos were headed for Bolivia

It was at 10:30 a.m. that security guards from Huancayo and police patrolling the Cerrito de la Libertad, Karen Quispe O. (27) and Cielo Huarcaya (19) approached crying. Both mentioned that they were attacked by two individuals, one of whom stole Karen’s cell phone. Likewise, the aggrieved said that the subjects were drinking liquor on Av. Unión and Torre Torre. The agents immediately went to the place where three suspects were still drinking liquor in a house located on a slope of land.

When the police approached the subject in the brown coat and white polo shirt who stole the cell phone, two other relatives came out and threw improper. At the time they were transferred to the police station, the alleged thief wanted to hit the agents, only to realize later that he was running down the dirt slope.

WATCH THIS ALSO: Respiratory infections increase by 50% in the Mantaro Valley

After a chase for several blocks, this young man was caught up in the neighborhood of Las Rosas del Cerrito de la Libertad, where in his desire not to be caught, he threw himself down a slope of several meters, rolling, but was finally framed and taken to the police station. .

To steal a cell phone, a drunk subject assaulted two

Bitcoin loses 33% of its value in the last nine days

Madrid. The bitcointhe best-known cryptocurrency in the market, continues in

The Mauá Dam again seduces private investors: there is consensus between IM and the government for a new port

A man was caught carrying a tear gas canister.

Bitcoin loses 33% of its value in the last nine days

Gallon of gasoline of 90 exceeds S / 23 in 9 districts: do you know where to get the best prices?

Minister Salas: constitutional complaint against Dina Boluarte is due to a political strategy

The Minister of Culture, Alexander Salaswas pronounced after the Subcommittee on Constitutional Accusations (SAC) approved the

Jorge Muñoz: They dictate an exit impediment against the alleged instigator of the vacancy of the former mayor of Lima

The head of the Criminal Investigation Division (Divincri) of Arequipa, Colonel PNP, Marcos Cuadros reported that

Updated on 06/14/2022 07:40 pm The Ministry of Agrarian Development and Irrigation (Midagri) informed today that