In the last few hours, the government announced a new increase in the price of fuels, taking into account the import parity price of oil. Super 95 gasoline was adjusted by 1.5 pesos and the liter went on to cost 80.88 pesos. While diesel 50S increased by 3 pesos and the liter now costs 64.99 pesos.

As a result of the new fuel prices, the mayor of Montevideo, Carolina Cosse, expressed her concern about the fact that there are “increases every two months.”

The departmental hierarch remarked that increases so often in the year generated “uncertainties”.

When asked by the press if the Municipality has the back to absorb the increase in fuel, in reference to the price of the ticket, she replied that it should be analyzed very carefully, because the Municipality is making a great budgetary effort and is “doing more with less”.

“We are going to do everything possible to bank, but we cannot do magic,” Cosse said.

On the other hand, she was consulted about the expressions of the Minister of Transport, José Luis Falero, who has said that the increase in the ticket in Montevideo is for other reasons, but not because of the increase in fuel, because it is covered by the diesel trust. ”. In this sense, Cosse limited himself to responding: “It’s fine.” 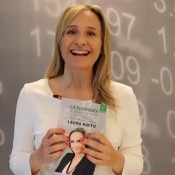 Raffo responds to Cosse: There is a subsidy that prevents the rise in diesel from being transferred to the ticket

The former candidate for the Municipality of Montevideo for the National Party, Laura Raffo, questioned the…

Cosse on possible ticket price increase: “we can’t do magic”

Caroline Cosse. Photo: I.M. In the last few hours, the

The bodies of two Venezuelan migrant brothers identified as Yeiber

A series of eruptions in 2019 has already forced thousands

They investigate a doubtful death that occurred in Treinta y Tres

BBVA bank revised upwards its growth projections for the Uruguayan economy for this 2022, from 3.9%

State officials will stop on June 16 to claim lost wages

According to the COFE board of directors, through a statement, the President of the Republic, Luis

The mayor of Montevideo, Carolina Cosse, participated yesterday in the incorporation of electric taxis to the