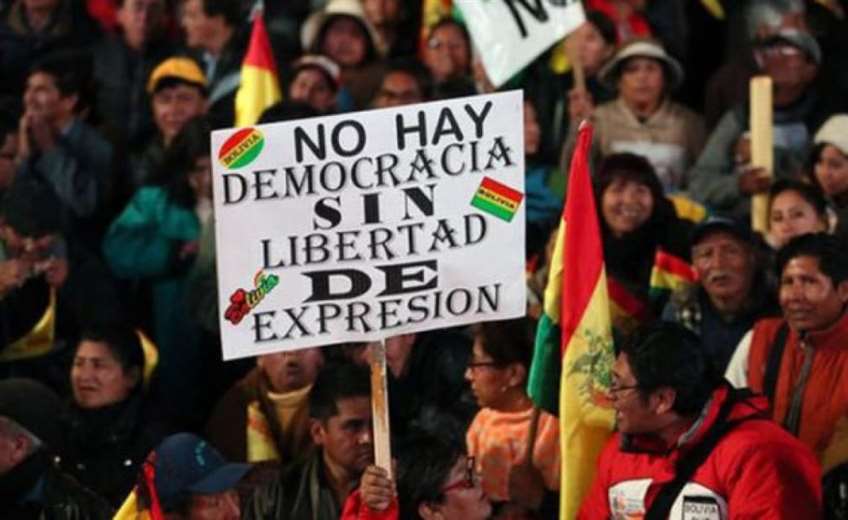 After the Citizen Community (CC) presented a bill that guarantees the equitable distribution of state advertisingthe leader of the bench of said opposition front, Carlos Alarcón, highlighted the need to cease hostility to media that are not in line with the government, subject that is in harmony with institutions such as the National Association of the Press.

In an interview with the program Influyentes, of EL DEBER Radio, the deputy stated that the initiative was born after the denunciations of economic suffocation suffered by a Cochabamba media outlet, an issue that CC describes as “tax harassment” because a formal competence of the State is apparently used, but the purpose is not to achieve that objective legal, but to violate or damage rights, as happened with the Permanent Assembly of Human Rights led by Amparo Carvajal.

“To the prosecutors and judges, who act as new paramilitaries of the form of government, it turns out that the National Tax Service is addedthat puts us on red alert,” Alarcón said during the interview.

The parliamentarian considered that there is a need to balance the balance of state advertising in a sense of giving survival to democracy so that there is no single thought in the line of media in a diverse and plural society like the Bolivian one.

Alarcón launched the proposal for a new norm and seeks to position the debate and thus avoid censorship of the media in any of its forms, that is, not only through violence, criminal prosecution or tax or regulatory harassment, but also through the misuse of the resources of the Bolivians who pay with their taxes for this advertisement in which a discriminatory treatment excluding various communication firms from the budget state.

An example of this occurs in the written media, where the government allocated the 80.7% of its distribution and printing budget in two newspapers. About Bs 2.6 million were disbursed from the General Treasury of the Nation.

Another example is that they are destined resources to foreign media, such as the Venezuelan Telesur, instead of prioritizing other national media that promote data and information that are nothing more than a good for all Bolivians.

In the project presented by CC, it is established as a first measure that the distribution of resources must be equitable and taking into account the differences between the media, since one with a local scope is not the same as another with a national scope, as well as the use of technical contributions, where also Associations of journalists with legal status should be included to establish criteria and percentages.

“Here one is at stake politics of State that have to do with the freedom of expression, communication and as the ANP says, the politics of mute to the media. yesand must convince to the government that is policy (the bill) oxygenates and enriches democracy”sentenced Alarcón, pointing out that the sole thought that only leads to censorship should be set aside.

After the Citizen Community (CC) presented a bill that guarantees

MDB candidate for the Presidency of the Republic Simone Tebet

Around 8 in the morning today, a group of students

Alert for a wave of violence in Bucaramanga, after a firearm attack on young people

There is concern in Bucaramanga about the wave of violence

Hugo Landívar leaves a legacy of development for the country

Valcárcel premieres, the documentary about the life and work of the man who transformed the visual arts in Bolivia