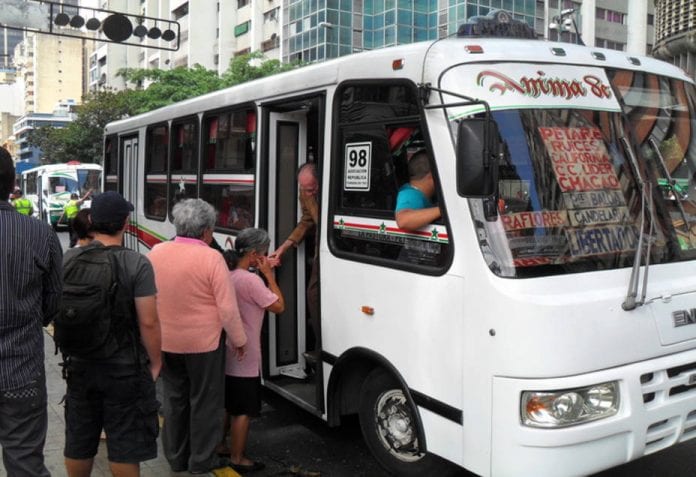 The Users Committee of the Public transport It is anticipated that by the end of 2022 the urban passage will close at a cost of one dollar.

This was announced by Luis Alberto Salazar, director of the Public Transport Users Committee. He assured that the urban ticket rate must be calculated at the price of the US currency.

«The replacement costs of public transport are riding with the dollar. Until there is a stable economy here, we cannot even make rate calculations, because there are no parameters to do so. We believe that by the end of the year it will be around one dollar. What happens is that the national government does not want to assume that as such,” Salazar said during an interview with Radio Union.

He also assured that in the transport sector up to three bolívares are being charged on short routes and four bolívares on long routes. However, he pointed out that some units do not charge it while they wait for publication in the Official Gazette.

“Rates are being increased anarchically throughout the national territory because the National Institute of Land Transport endorses any type of increase in transport as long as the mobilization of users is not eliminated or harmed,” he stressed.

The Users Committee of the Public transport It is anticipated

Coronavirus cases rise in Argentina for the fifth consecutive week

The Ministry of Health published this Sunday the last epidemiological

Formula 1: Verstappen wins in Hungary and remains leader of the season

Dutchman Max Verstappen, from RBR, won the Hungarian GP this

Coronavirus cases rise in Argentina for the fifth consecutive week

Popular Will ratified Leopoldo López as its national coordinator

Interim President Juan Guaidó also participated in the act of Popular Will, who had separated from

This Sunday, the Simón Bolívar 21K International Half Marathon began with the participation of more than

El Saime recalled that it does not issue “this type of communication via email.” He also