The Office of Information Analysis of the Military House reported the loss of information from three security cameras of the Government Palace on August 9, when the Special Team of the Prosecutor’s Office against Corruption in Power and the PNP went to arrest the president’s sister-in-law peter castle, Yenifer Paredes.

However, according to information from RPP, Mendoza López works as security personnel for the head of state. This, according to a resolution of January 31, 2022, where he is designated as “Security Staff of the Presidential Office”.

In the aforementioned report, it is detailed that last Monday the operator of the Closed Circuit Television (CCTV) cameras reported on the loss of information from cameras 26 (Azotea/Av. Áncash and Av. Carabaya), 03 (Entrance to Homeless) and 55 (Salón Dorado).

As is recalled, on the day of the prosecution’s diligence, the authorities were unable to find Yenifer Paredes at the Government Palace, nor is it her home in Cajamarca. She turned herself in the next day to the Public Ministry. She is investigated for the alleged crime of criminal organization. 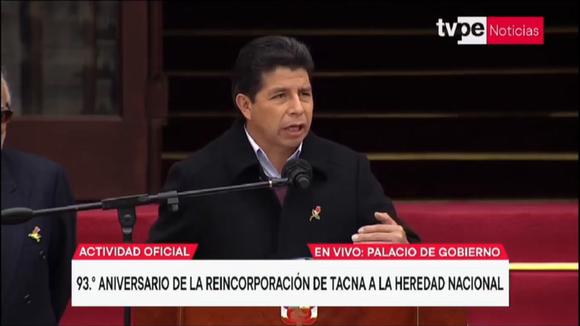 2022 closes with more than 235 political prisoners in Nicaragua

The Group of United Political Kidnapped (GSPU) reported this December

Gabriela Wolscham, happy after revealing the sex of her third baby: “It was a surprise”

Castle, the pinata they will hit him with a stick

Victor Masalles: “The life of a champion in faith was extinguished”

The bishop of the diocese of baniVictor Masalles, lamented the

SBN recovers ownership of a 90-hectare plot in Chilca

The Ministry of Housingthrough the National Superintendence of National Assets (SBN), managed to recover at the

Two foreign “house robbers” entered the building on 28 de Agosto Street No. 1644 in the

Oscar Caipo: “What we have to recover is social peace”

The president of the National Confederation of Private Business Institutions (trust), Oscar Caipo, met this week

After the businesswoman, today embraced by effective collaboration, sada gorayrecognized the delivery of four million soles