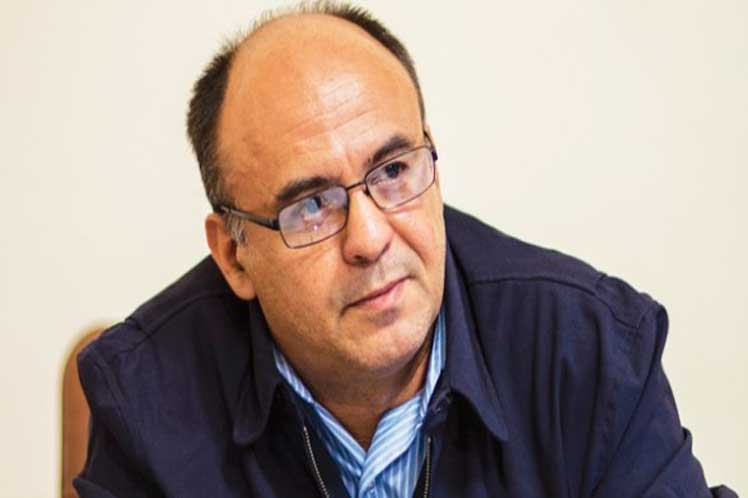 Opponents of that department who organized the cessation of activities try to awaken the solidarity of the people with acts like these, which also pursue impunity for the actors of the 2019 coup, added the expert.

Ferreira denounced actions by those sectors such as the closure of movements towards their normal activity of people opposed to the strike and the attack on residents of Puerto Suárez, Abapó and Camiri.

Those “civilians” – he revealed – are shown as victims when there is some isolated police excess, such as when a uniformed man pointed a gas launcher at a young man and that image was made “viral” on digital social networks with the label of “abuse police ”.

According to the analyst, for this victimization strategy, the blockers have the support of broadcast media such as television, radio, and private newspapers “which amplify their alleged complaint.”

Ferreira recalled that among the so-called “Santa Cruz citizens” who called for the strike was the right-wing politician Luis Fernando Camacho, whose mobilizations seek to destabilize the Executive and prevent justice from acting against the 2019 actors.

The “civic” and current governor of Santa Cruz was then “the main promoter of the coup that forced then-president Evo Morales to leave office and led Jeanine Áñez to take power.”

The violent actions caused by the strike that started this Monday have already caused at least one death and several injuries in the southwestern department of Potosí, where the executors of the work break attacked the government.

Ferreira urged the government, however, to act prudently, avoiding police excesses that can serve as a flag to fuel protests, and also firmly against the attacks of activity blockers.

“They are looking for the dead and wounded to gain strength,” but the strike will fall by itself, if there are no excesses in police interventions, “the analyst said.

Christian Daes and Andrea Valdiri. The couple is getting married

Madrid Spain.- Journalists from the Association for Freedom of the

After the “betrayal” of the PRI, Aysa Damas’s wealth statement circulates

The political crisis that Nicaragua has been going through for

Madrid Spain.- Journalists from the Association for Freedom of the Press (APLP) were threatened by the

Cuba: activists denounce new femicide. It would be the fifth of the year

Cuban independent platforms denounced this Thursday a new femicide which, if confirmed, would be the second

With 20-year sentences, the regime has destroyed the Beirut family

MEXICO CITY.- Zoila Rodríguez has reached the age of 60 feeling very afraid of getting old,

Cuba: 116 new ventures are added to the approved MSMEs

Havana Cuba. — In the midst of a stampede of thousands of desperate Cubans fleeing by