The Vice President of the Republic, Beatriz Argimón, considers that the National Party should separate the former mayor of the Municipality of Dolores (Soriano) from its ranks Juan Andrés Oronoz, who was sentenced to six months in prison and another six months of release under surveillance for cyberbullying a minor.

Oronoz remained in his position and had not voluntarily resigned. It wasn’t until the Soriano Departmental Board threatened to impeach him that he resigned.

However, Argimón threw the responsibility to the Ethics Commission of the National Party, which will be the one to decide whether or not Oronoz remains an affiliated militant. “I did not speak with the president of the National Party (Pablo Iturralde), but it is the natural practice when a case of these characteristics appears, that the party immediately considers it ”, affirmed the vice president.

For her, Oronoz “did well to resign”, but understands that it would be “much better” that her political force also take action. 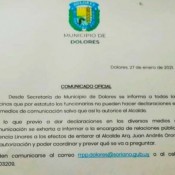 On January 27, said municipality sent a letter to its officials informing them of the …

Juan Andrés Oronoz was elected in the last elections by the 433A Renovation and Change list of the National Party to hold the position of mayor of the Municipality of Dolores, a Sorianense town with 19,577 inhabitants located about 40 kilometers from the departmental capital Soriano.

Last March, the mayor was sentenced to prison after it was confirmed that he had harassed a minor through social networks. It was not proven that sexual abuse had been committed, but the politician’s approach to the adolescent through digital means shaped what is known in the world as grooming or cyberbullying. It is a crime in itself with its own entity that consists of a series of preparatory acts to commit a second crime, which could be abuse or rape.

The use of new technologies by adult stalkers to reach minors to make advances of a sexual nature is punished. Oronoz violated article 277 Bis of the Penal Code, which penalizes those who “through the use of technologies, the internet, any computer system or any means of communication or data transmission technology, contact a minor or exercise influence on him, with the purpose of committing any crime against his sexual integrity, acts with sexual connotations, obtaining pornographic material or forcing him to do or not do something against his will ”.

The former mayor and nationalist activist had been the subject of controversy in January 2021, when a letter was sent from the municipality to all the officials in which they were informed that they were prohibited from speaking to the press. “Before giving statements in the various media, it is exhorted to inform the person in charge of public relations, Florencia Linares, in order to inform the Mayor, Arch. Juan Andrés Oronoz, give authorization and be able to coordinate and foresee what is going to be asked”Reads the document signed by the secretary of the municipality, Daniel Saravia. Two days later, Oronoz annulled the ordinance and apologized to public opinion, assuring that “in no way is it intended to restrict freedom of expression, or to interfere in the performance of the media; The Municipality only aspires that officials, in the event of having to make public statements, do so in compliance with the current regulations of the Official Statute (Art. 11), until they are already known to them ”. 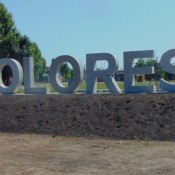 Mayor of the National Party, convicted of cyberbullying of minors, resigned

In March, the Justice found him guilty of harassment through social networks of a person …

Guido Manini Rios. Photo: Chamber of Senators In an unusually

The magistrates reached this conclusion after verifying the holding of

Road connectivity, one of the projects for Entre Ríos. Photo:

Check out some of the best goals Pelé scored!

Ministry of Women carries out an operation to reduce gender violence

Rust has taken over the playgrounds of Havana

Guido Manini Rios. Photo: Chamber of Senators In an unusually quick manner, and just before the

That is why the National Deputy Director of Firefighters, Crio.Mayor Richard Barboza received the coordinator of

CERES study analyzes the weight of tourism in the Uruguayan economy

Tourism activity will register an increase in the 2022-23 period, as well as in subsequent years,

UTE, OSE and Antel will increase