the sale of hybrid and electric vehicles maintained its positive performance in August of this year, as reported by Alberto Morisaki, Manager of Economic Studies and Statistics of the Automotive Association of Peru (AAP) while specifying that the number of eco-friendly vehicless sold so far this year has already exceeded those marketed throughout 2021.

Observing the official figures, he commented that according to the National Superintendency of Public Registries (Sunarp), the sale of electrified vehicles reached 252 units in the eighth month of 2022, reporting a significant growth of 73.8% compared to the same month of last year. Meanwhile, during the first eight months, sales stood at 1,638 units, and reached an increase of 117% compared to the same period in 2021.

LOOK: What commercial strategies will the automotive sector apply for its recovery?

Morisaki stressed that the participation by technology within electrified vehicles has been changing. In this sense, he added that, although conventional hybrids are the most preferred, their participation has been reduced from 94.7% in January-August 2021 to 89.99% in a similar period in 2022; while plug-in hybrids and purely electric ones are gaining ground, going from 3.05% to 5.43% and from 2.25% to 4.58%; in each case.

For Morisaki, even though the increase in sales of electrified vehicles so far this year is positive for the automotive market, it is far from what is observed in Colombia, which is one of the leading countries in the region regarding the transition towards an environmentally sustainable vehicle fleet.

According to figures from Andemos, during the first eight months of 2022, 19,209 electrified vehicles were sold in that country, that is, 90.8% more than in the same period of the previous year. From the above, it can be seen that our northern neighbor has sold about 12 times more of these vehicles than our country.

Additionally, the penetration of the sale of electrified vehicles in Colombia reaches 11.2%, that is, of every 100 light and heavy vehicles sold so far in 2022, 11 vehicles were electrified; while in Peru that percentage barely reaches 1.4%.

For the Manager of Economic Studies and Statistics of the AAP, it is important to follow the Colombian example and provide the market with the necessary mechanisms that help its growth.

“As we have mentioned on other occasions, in said country different benefits are granted, such as lower tax burdens on the sale of the aforementioned vehicles, as well as lower import tariffs, among the most important. This shows that the growth of said market depends on the efforts that the Peruvian State can offer to said sector, for which the commitment of the authorities added to the drive of the private sector are key to its development”, finished 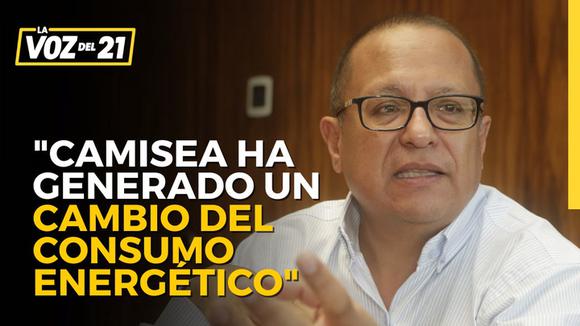 The sexologist based in the Dominican Republic, Nilan Russell, announced

Paysandú will have a “first level” hotel with a casino

The Venezuelan president, Nicolás Maduro, in an interview with the

The strong drought in our country it continues to alarm

There are many topics to talk about, but there is one priority. It has to do

The provincial mayor, Toribio Castro Cornejo began the morning of January 2 with a mass in

National Police will not participate in march for peace

The Peruvian National Police (PNP) issued a statement today announcing that, in order to avoid misunderstandings,

Castillo’s new lawyer: “The advice I give him is different; It’s going to change your behavior.”

Renewal. Almost a dozen lawyers They have tried to defend the former president Pedro Castillo for