At the meeting held on October 18, 2021, the president Pedro Castillo; businessman Samir Abudayeh; the manager of Petroperú, Hugo Chávez; and the lobbyist Karelim López was also present another character who had gone unnoticed until now.

His name is Gregorio Sáenz Moya, an active promoter of oil palm production and consumption.

The Prosecutor’s Office opened an investigation because, after that appointment at the Government Palace, the company Heaven Petroleum Operators (HPO), from Abudayeh, closed a contract for US $ 74 million to provide biodiesel to Petroperú. But she was not the only one who came out winning –although due to the scandal, the trade agreement was canceled– after that meeting.

LOOK: The Minister of Justice asks the Comptroller’s Office to review the appointment of the attorney general

Gregorio Sáenz also got a job with the state company. Petroperú confirmed to this newspaper, responding to a request for access to information, that the economist was hired to “provide support to the Supply Chain Management.” In other words, to complement the agreement between HPO and Petroperú.

This management is in charge of Muslaim Abusada Sumar, who achieved that position a day after the meeting at Casa de Pizarro, on October 19, 2021, according to his own resume.

The contract with Gregorio Sáenz lasted just over a month, from November 11 to December 15, 2021. That is, it began on the same date that HPO and Petroperú signed the contract for the sale of biodiesel. The entity did not detail the payment amount, claiming that it was “confidential information.”

Its function was to propose the use of “methodological tools” that would help Petroperú make decisions “in the fuel and biofuel market.”

In addition, it had to prepare “technical reports on the commercial performance of biofuels” and evaluate the “technical and economic feasibility to justify the increase in the supply of biofuels.” A job tailored to the needs of HPO.

The weight of the palm

Oil palm is a crucial component in biodiesel, a less polluting fuel for which Petroperú bets for its sale in the national market.

In 2020, Petroperú interceded for the signing of an agreement between HPO and the National Board of Oil Palm (Junpalma), with which Gregorio Sáenz became known. That agreement committed the Abudayeh firm to deliver 70,000 barrels of B100 biodiesel.

It seems that in the meetings that are held with Castillo, everyone wins.

-Perú21 contacted Gregorio Sáenz to explain how he got the contract with Petroperú and if he has any link with President Pedro Castillo. However, the economist did not answer the calls and avoided answering the messages after reading them.

-Sources from the Comptroller’s Office indicated that up to three irregularities were detected in the canceled contract between Petroperú and HPO. One of them is the justification for exonerating from public competition. 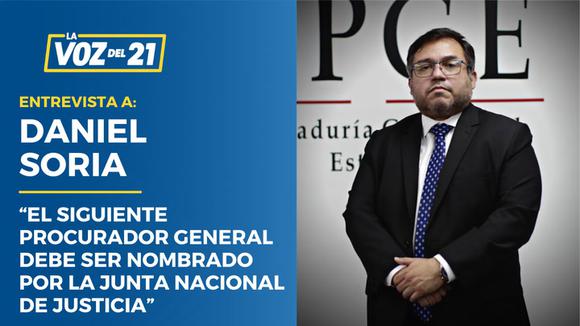 One dead in anti-coup demonstrations in Sudan

The Sudanese police launched tear gas on Wednesday to repress

Janet Yellen warns of the problems of the world economy.

Cuban writer Karla Suárez confesses in an interview with the

Updated on 04/06/2022 06:49 pm The former prosecutor of the Nation Zoraida Avalos filed a constitutional

Aníbal Torres gave a press conference with his cabinet

The President of the Council of Ministers, Aníbal Torresgave a press conference this Wednesday, April 6,