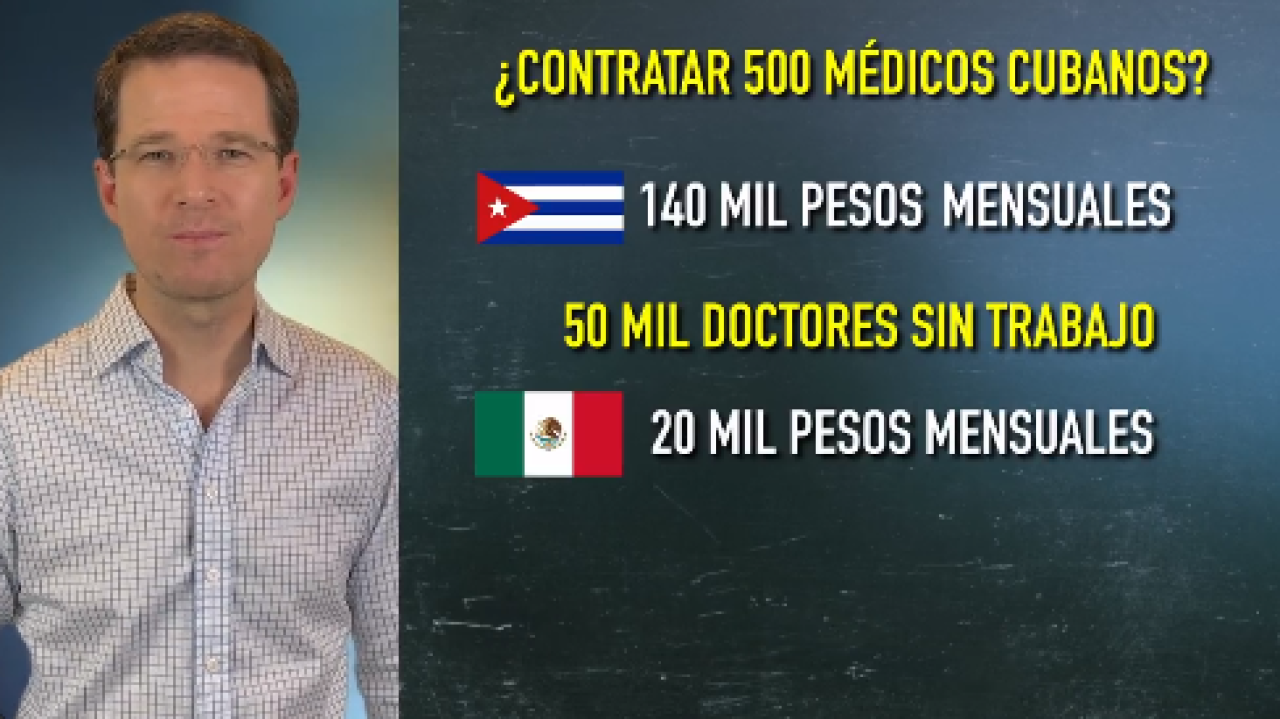 The PAN member questioned the hiring —by the government of Andrés Manuel López Obrador— of 500 Cuban doctors with an average cost of 140,000 pesos per month for each one, “when in Mexico there are just over 50,000 doctors who do not have a job, and the average salary in our country is 20,000 pesos,” he said.

Ricardo Anaya stated that this is because the money is given directly to the Cuban government, not to the contracted doctors.

“The so-called Cuban missions are a front to finance the Cuban dictatorship, that is, the money is not paid to the doctors. Do not think that each Cuban doctor keeps 140,000 pesos a month. That money, which comes directly from your taxes , they pay it directly to the Cuban government,” he pointed out.

Likewise, he pointed out that this maneuver is carried out through a “modern slavery” scheme, since Cuban doctors, he accused, are threatened and their families must stay in their country as “hostages.”

The same Cuban doctors who have been able to go into exile in the countries where they go have filed lawsuits against the Cuban government for this scheme, which is equivalent to human trafficking,” he added.

Anaya accuses AMLO of financing the "cuban dictatorship" through doctors

The PAN member questioned the hiring —by the government of

Political analyst, Emilio Castillo affirms that ‘clientelism’ was present in the internal elections of the PRD

He stated that Benicio Robinson has already declared

After his disqualification became official to exercise any type of

Political analyst, Emilio Castillo affirms that ‘clientelism’ was present in the internal elections of the PRD

Putin affirms that Sweden and Finland’s accession to NATO is not a threat, but it can generate a reaction

Since 2019, “extraordinary” level of congestion in the AICM: director

Cesar Arellano Garcia Newspaper La JornadaMonday, May 16, 2022, p. 6 Prior to the pandemic, there

“El Bronco”: I tested negative for colon cancer, but my health is still very delicate

“I am going to be operated on to remove the section of intestine where the tumors,

The valuation of the SDR, created in 1969, is based on a basket of five major