A total of 27 people (20 in Costa Rica and 7 in Panama) have been apprehended through the binational operation “Matrioska” for migrant smuggling.

From the early hours of this Tuesday, December 20, units of the National Police together with the Public Ministry, carried out Operation “MATRIOSKA”, in the districts of David, Gualaca and other points in the province of Chiriquí, where 6 people have been apprehended. , including one woman and five men.

In this Binational operation coordinated between authorities of Panama and Costa Rica, 21 people were apprehended in the neighboring country.

The operation was carried out in order to dismantle a criminal organization dedicated to the commission of a crime against humanity in the form of Smuggling of Migrants, said Commissioner Irving Castillo, head of the Chiriquí Police Zone.

In the five search procedures, carried out in Panama, evidence was collected such as personal identity cards, cell phones, passports, cash, invoices and various documents that may be related to the investigation carried out by the judicial authorities.

Operation Matrioska arose after 8 months of investigation against this criminal organization that operates in Panama and Costa Rica through human trafficking, especially Haitian, Indian, Ecuadorian and Venezuelan nationalities.

The authorities indicated that the apprehended will be presented in the next few hours before a guarantee judge, for their due prosecution. 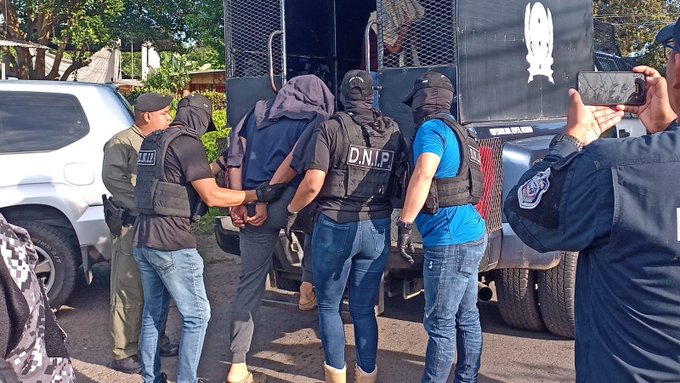 The associated unions in the Federation of Dairy Workers (FTIL)

A detainee after evading a police control. The 20-year-old driver

For an analyst, an extradition request against Cartes can change the electoral scenario

Many were the rumors that arose from the morning of this Monday, December 26, announcing the