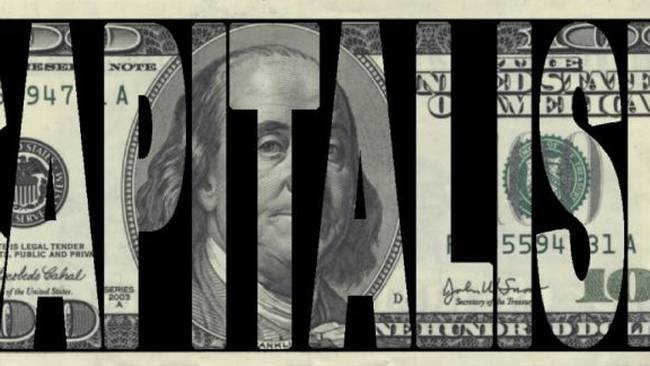 On April 20, jumping from one channel to another, I accidentally came across a national television channel celebrating the ninth anniversary of the inauguration of Nicolás Maduro as president of the Bolivarian Republic of Venezuela. It was a very long transmission, forgive me for the obvious detail, in which some parts of his first speech as president, nine years ago, could be heard, along with the one he delivered live, showing that the ideas and words of that time are still valid today today, just like unfulfilled promises, extended over and over again.

A “country out of order”

From the media pulpit, Maduro preached his message. Optimistically, he pointed out that, based on its economy, the country was beginning to take off through a set of policies that would re-improve the project of 21st-century socialism inherited from Hugo Chávez, who, as is known and without going into many details, concealed his blunders thanks to the high oil revenues, not in vain a good part of his government period was described as “rentier socialism”, drawn mainly with patronage measures that showed the nails of political blackmail, which progressively gained more relevance as a distinctive in the use power.

In his speech there was not the slightest reference to how the country has been in the years of revolution, especially in recent years. Not a word about its crisis, described by figures that only give bad news, generating problems that are screwed into people’s daily lives. We have lived in a country out of serviceas Paula Vásquez accurately recounts in her novel, written under that title.

Maduro dedicated most of his time to announcing, almost with great fanfare, the recovery of the national economy. Hoisting the same ideological banners as Chávez, he communicated the new strategies and once again resorted to the amulet of changing part of his cabinet. It would seem, then, that the stubborn reality won the pulse, although he tried to wash his hands using ideological detergent and pointing to imperialism and the internal right (which also play a role, of course), as the only culprits of the national maladjustment.

Recent events have made it abundantly clear that there is no automatic association between capitalism and democracy. China, the most eloquent example, is developing on the basis of an economy that, although it has opened the doors to the market, is always in the sights of the Communist Party government. There are many other countries that, from the right or from the left, assume the capitalist format in the midst of a context that is not truly democratic, despite some gestures that try to disguise what has been defined as authoritarian capitalism, also called, from another perspective, surveillance capitalism due to the degree to which its performance is influenced by digital technologies.

Within the framework of what was expressed in the previous paragraph, and on the ground of the ideas and slogans of the revolution, the current government has been sponsoring what has been locally identified as the capitalism of still lifes, braided by the liberation of prices and of the exchange market, dollarization, certain reprivatization processes, in addition to other decisions, which have configured a kind of economic bubble that fragments society and increases inequality, without apparently contradicting its socialist idiosyncrasy.

On the other hand, the authoritarianism evidenced in the control of all the powers in charge of social arbitration, laws elaborated according to design, limitations to freedom of expression, militarization of society and many other aspects that reflect the handling of power as if it were a right to arbitrariness, exercised by those who hold it.

In short, the current government confirms its modus operandi, as long as it comes we will see, always with the purpose of using power to maintain it without any term.

flour from another costal

(The danger of humor)

I may not say anything new, but I don’t feel that I should keep quiet about it. I am referring to the video that was recently recorded as a joke by a lady who, while toasting some arepas, explained their respective filling based on the nickname she gave to a quintet of political figures, including President Maduro. The recording was interpreted as offensive by the high government. Thus, the Public Ministry used the Law against Hate, converted into a versatile instrument that the authorities use at their discretion, and reported that the message of the aforementioned lady was an “incitement to assassination” and therefore had been charged, and additionally released a video (recorded under pressure, surely) in which she apologized stating that everything had been a joke.

I tell you, dear reader, that writing these lines I remembered the fear to the freedom, by Erich Fromm. As the author collects in his book, fear is an important political asset of non-democratic governments and represents a very effective means of social control that fosters “voluntary” submission by citizens.

I On April 20, jumping from one channel to another,

"My school notebooks were from the Galactics"

pheid He says that he likes soccer a lot and

For the IMF, “the important thing is to prioritize the

The ex-parliamentaries of the MAS Susana Rivero and Omar Aguilar

"My school notebooks were from the Galactics"

On the afternoon of this Tuesday, April 26, the AN elected in 2020 appointed the new

Cabello asked the new magistrates to join the judicial revolution

Deputy Diosdado Cabello, as president of the Special Commission for the Judicial Revolution, urged the magistrates

Maduro’s reason for being

Nicolás Maduro continues with the mission of consolidating the political-economic system of Hugo Chávez, which destroyed

Damage and flooding in Caracas, Mérida, Táchira and Trujillo due to rains this #26Apr

This April 26 there were rains throughout the national territory. “The rainfall was widespread at the