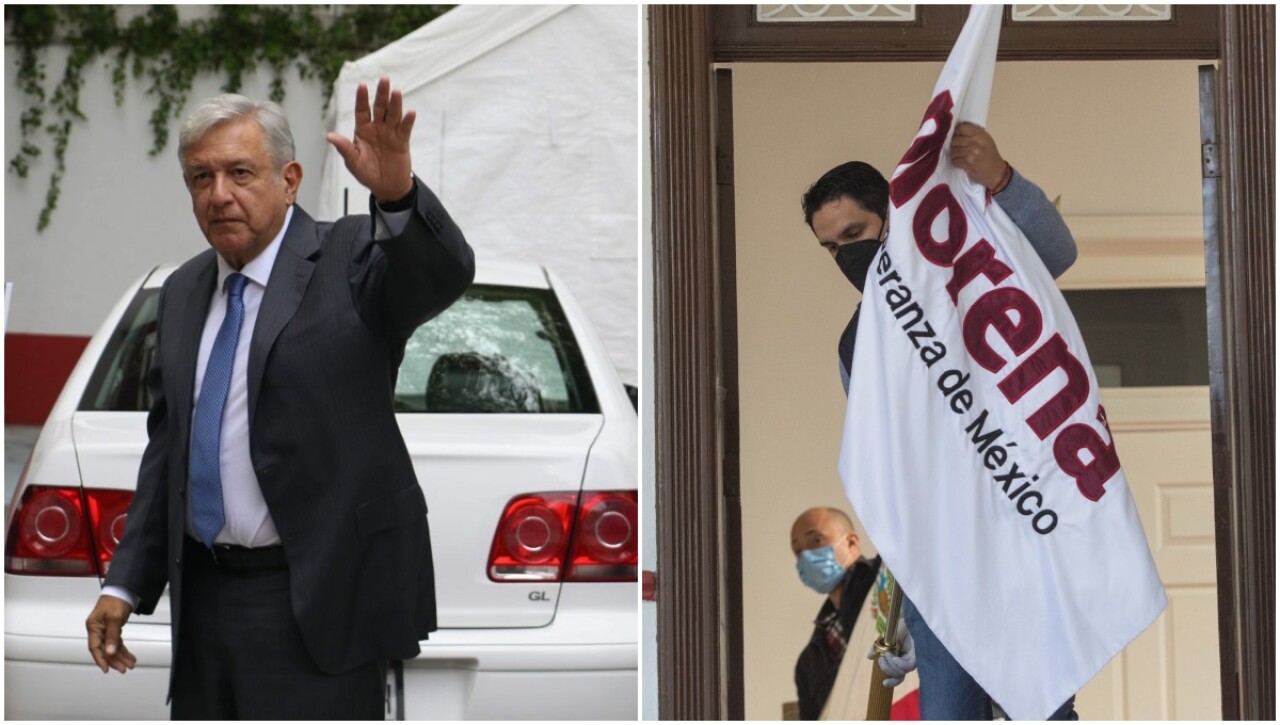 8. Millions of Mexicans governed
Morena is the party that governs the most population. After the victories of last June and with the inauguration of its governors, it governs 71 million Mexicans who live in 21 states. If you add San Luis Potosí, governed by its electoral ally the Green Ecologist Party of Mexico (PVEM), there are 22 states and almost 74 million Mexicans.

9. First force in the Legislative
Both in the Chamber of Deputies and in the Senate of the Morena Republic, it is the first political force.

Meanwhile, in the Morena Senate it has 60 legislators, but it reaches 71 when those from the PT and PVEM are counted.

10. Presidential candidates
In its eight history, Morena has only had one presidential candidate: Andrés Manuel López Obrador. By 2024, seven men and women are already mentioned, among them the best positioned are Foreign Minister Marcelo Ebrard, the Head of Government, Claudia Sheinbaum, and the Secretary of the Interior, Adán Augusto López.

11. Survey
Morena is the only political force that uses the poll as an election method for its candidates.

This mechanism is established in item A of article 44 of its statutes, however, it is also considered its “Achilles’ heel” due to the frequent disagreements it generates.

12 facts about Morena on her eighth anniversary

8. Millions of Mexicans governedMorena is the party that governs

“Undecided” must face today in Deputies

The Chamber of Deputies will continue the study of the

The new request for vacancy against the president peter castle

CDMX: Firefighters control fire in Plaza de la Tecnología; there are no injured

As a security measure, eleven workers were evacuated from the place, located in the Cuauhtémoc mayor’s

Steady contraction in energy-intensive industries such as gasoline, coking coal and ferrous metals contributed more to

In the April-June period, the economy grew by 1% compared to the first quarter (and by