Uruguay made its debut in the Qatar 2022 World Cup with a 0-0 draw against South Korea in a match where fortune did not accompany the Uruguayans who hit two balls against the post that could change the history of the match.

In the first half it was very even with both teams playing at an intense pace in the first minutes, being the Koreans who managed to reach the Uruguayan penalty area but the defense was up to the task, rejecting each cross sent, in the final minutes of the first half. part Diego Godín managed to head a ball with such bad luck that, with the goalkeeper defeated, it crashed into the post, preventing the Uruguayan score.

In the second half, Uruguay came out in search of victory, but the Korean defense managed to defend itself to avoid the fall of its frame, while the goalkeeper Kim Seung Gyu was very sure and also had a lot of luck since at minute 89′ Fede Valverde crashed a strong shot at the post with Gyu already defeated, thus playing time was completed, decreeing a sour draw for the Uruguayan team that was able to get the three points but the posts did not allow it. 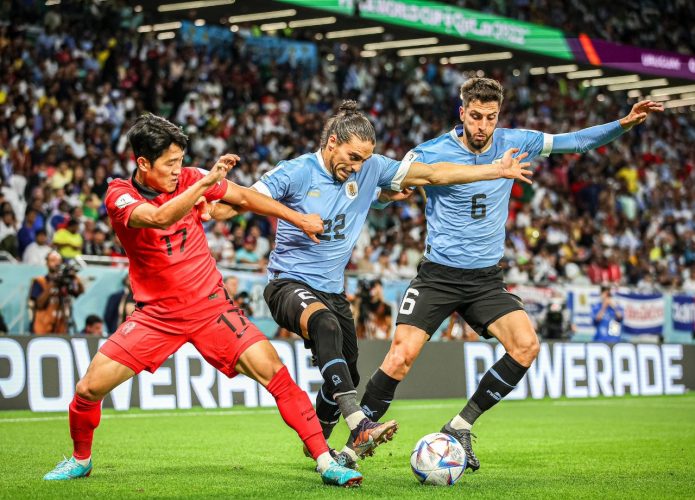 Photo: Victoria Egurza. This friday It occurs in the Metropolitan

Senator Yasna Provoste defined the decision of the new director

Storm in the US leaves at least 61 dead, according to the most recent report