The plenary session of the Congress failed to approve, in the first vote, the draft constitutional reform of the Executive power so that the general elections advance to December 2023.

After a debate in the Chamber of Congress in which some clashes between the benches took place, the final result had 49 votes in favor, 33 against and 25 abstentions. In addition, it was not possible to overcome the fence of 66 adhesions, which would have allowed the initiative to be submitted to a referendum.

As is known, this request from the Executive comes after various violent clashes around the country, which so far has left 17 dead and more than 400 injured among civilians and police officers, according to the Ombudsman’s Office.

The benches of Fuerza Popular, Alianza para el Progreso (APP) and Podemos Peru were the only ones that voted en bloc. Meanwhile, in other political groups there were divisions when making a decision.

It is worth mentioning that 87 votes were required to take a first step in this legislature, and ratify it in the next one, which would start in February 2023.

With 49 votes in favour, 33 against and 25 abstentions, the #PlenoDelCongreso did not approve the constitutional reform that establishes the 2023 general election process. pic.twitter.com/FcNP2ZVGjJ

A total of 33 parliamentarians voted against the legislative initiative and 25 abstained. In addition, in the midst of the result of the vote and the claims of the legislators, the president of Congress, José Williams, suspended the session without informing when it will be resumed.

Below is the list of congressmen who voted against the early elections:

In parallel, there was also another group of parliamentarians who decided to vote in abstention. These votes came, for the most part, from the benches of Peru Libre and the Magisterial Bloc, they intended to include in the project to advance the elections the question so that the people decide if they want a Constituent Assembly.

For its part, we are Peru too opted for the yellow button and evade a pronouncement.

Next, the congressmen who voted in abstention: 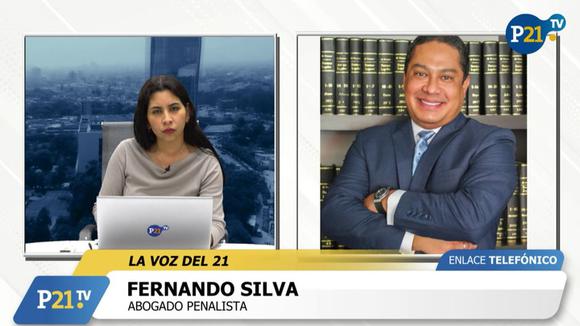 Mbappe vs. Messi in the World Cup final, the “best scenario”

Percy Medina: “Political reforms are important, but they are not a magic wand”

In this interview, the head of the Mission for Peru of Idea International, Percy Medina, explains

“Save my daughters”, the desperate request of a mother before dying in an accident in Jauja

“Save my daughters, don’t worry about me,” were her last words before dying after suffering a

Walter Ayala: “If I have seen or heard something, I will tell the prosecutor”

The Public Ministry, together with the High Complexity Crime Investigation Division (Diviac) of the National Police