A violent event occurred yesterday at the Aníbal Pinto Medical Center, in Talcahuano, in Chile. According to what is seen on the security cameras, a doctor attacked a patient who alleged the delay in his care.

The assaulted man would have been using crutches, and according to what his wife pointed out to the portal Sabes.cl, he demanded the return of his money when he was not attended.

«He started kicking it in a way… Combos in the head until saying enough. I couldn’t find what to do to defend him. I grabbed my backpack and grabbed it with backpacks,” said the woman.

Carabineros arrived at the scene and proceeded to arrest both involved, waiting for the summons from the Prosecutor’s Office.

“Two subjects proceed to argue and then attack each other for certain differences they had. Carabineros verify these injuries and are arrested. The Public Ministry estimated that they were summoned,” said Major Dante Cifuentes, commissioner of the 2nd Talcahuano Police Station.

Dr. Hans Munzenmayer, administrator of the Aníbal Pinto Medical Center, pointed out that “we reviewed the security cameras and realized that one of the professionals who perform medical ultrasound scans, who is not hired and only provides services, was assaulting a user. As a medical center we strongly reproach this conduct. We are against any type of violence, verbal or physical. We made the immediate decision to remove this sonographer from our institution.

While the wife of the victim assured that after this, “they finally fired him. He recently arrived very affected. We are very sad about everything that happened.” 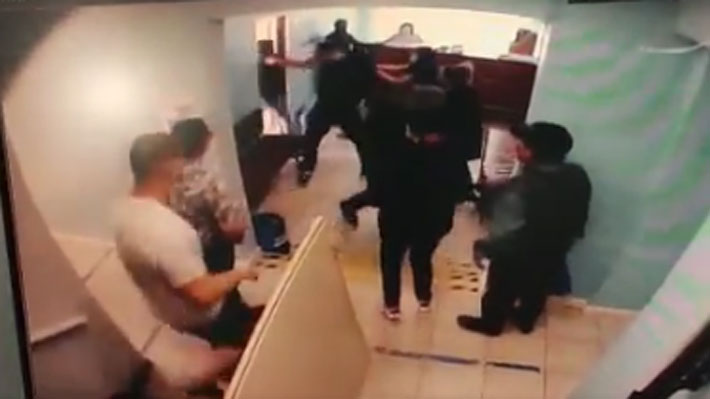 The finance minister, Jose Antonio Ocampo, revealed what are the

Lula assumes as president of Brazil

Rosario Murillo stands up to Ortega in commemoration of Roberto Clemente

Six hours before the end of the year 2022 Daniel

Beyker Ferretti, accused of the murder of the child Teyler Lorío, is being held in Police District III

Panama among the 12 greats of world baseball in WBSC

Angel Valdes | January 1, 2023 The National Police, through the National Directorate of Transit Operations,