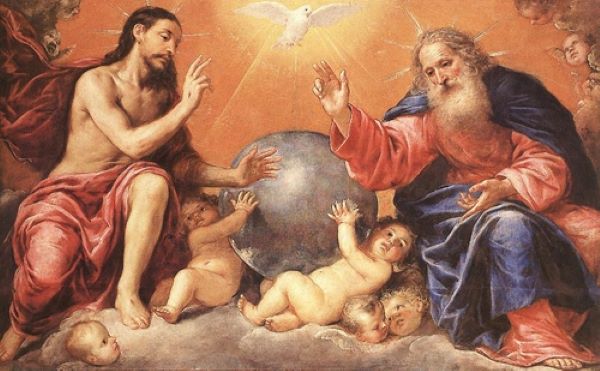 Anthropology etymologically means study or treaty about man. This, due to its multidimensionality -it has been described as a microcosm- can be considered from a wide variety of angles, from the physical and biological to the most spiritual and transcendent, as witnessed by the history of thought. The term trinitarian is used here in direct reference to the central affirmation (mystery) of the Christian faith: the tripersonality of the one and only God. To speak of a Trinitarian anthropology is equivalent to reflecting, therefore, on the human being in the light of the notion of God, communion, love.

As the structural axis of a Christian anthropology, the first three chapters of Genesis can be taken, whose central affirmation is that God created the human being “in his image and likeness” (see Genesis 1, 26). The Christian interprets Genesis, like the Old Testament in general, in the light of the New, that is, of the full revelation of Christ. Thus the mystery of God, which for the religion of Israel meant a firm unipersonal monotheism, for the Christian faith, on the other hand, God is the Unitrine, based on the revelation of the incarnate Son of God, Jesus Christ. Monotheism too, but as divine communion, interpersonal relational fabric. The trinitarian as such is perceived in the Old Testament only as hinted at or prefigured.

As guidelines for a Christian, Trinitarian anthropology, the following can be formulated. The human being is a) freely created by God Love; b) corporeal-rational, conscious and free, subject to tasks, norms and responsibilities; c) “being for communication and communion”, social, of which sexual differentiation is a dynamic expression); d) inhabitant in a varied cosmos put to the care, development and service of it; e) ethical-spiritual, morally responsible and in transcendent openness to God; f) historical, as a laborious pilgrim in time, towards the fullness of it beyond it; g) with a duty to be of his freedom, which is to live in communion (love) with God and neighbor. To these structural notes are added others, historical ones: g) he is not only limited and fragile, but also a sinner, due to abuse of his freedom (rupture of communion), but h) he is also the beneficiary of a liberation by Christ (already hinted at in Genesis 3, 15).

As particularly illuminating Trinitarian elements for the understanding of the being, and of the human in particular, the following can be highlighted: the improvement of the being goes in the sense of the vital and the personal, and that of the latter in the line of the communal; a genuine communion implies a firm consistency of personal identity, it does not dilute or homogenize people but neither does it lock them up in cells of incommunicability. The being of the divine persons is a relation from what is proper to each one. Thus the unity of God is not superficial, nor is his personal plurality only apparent. The “mysterious” thing about divine communion is that plurality occurs in the unity of the same nature or divine essence (exclusion of all forms of polytheism). Christian orthodoxy was progressively refined, by the way, not in a calm environment, but in the midst of controversies and heresies, which radicalized towards one or the other side -singular or common- of the pendulum.

In the contemporary sphere there has been a tendency to radicalize the individual and the common as exclusive and contrasting (liberal and socialist ideologies). The inescapable challenge is to combine and synthesize elements called to be integrated into groups, which must always be subject to revision and improvement. Achieving solidarity in a world goaded by individual and group selfishness; and “centrality of the person” in globalizations tending to collectivize and massify.

Faith in God as Trinity is necessarily challenging. It raises communion as an always active and obligatory horizon, a society of faces and fraternal coexistence always under construction. It makes sense then to consider, as challenges, an economy, a policy, a culture of communion. Not as a simple fantasy, Pope Paul VI spoke, regarding a new society, of the “civilization of love”.

Anthropology etymologically means study or treaty about man. This, due

Fernández together with the scientists María Florencia Cayrol and Alicia

The Minister of Government, Eduardo Del Castillo, through a tweet

As of today (2), Banco do Brasil customers will be

The first vice president of the PSUV, Diosdado Cabello, denounced that in the time that remains

The National Assembly (AN) in its ordinary session this Tuesday, has scheduled the swearing-in of the

During the ordinary session of the National Assembly this Tuesday, deputy Diosdado Cabello announced that 29,000