After the third judge liquidating criminal cases of the First Judicial Circuit of Panama, Baloísa Marquínez M., accepted the legal term to issue criteria on the preliminary hearing of the New Business case, against former President Ricardo Martinelli, through Auto No. 23 of December 9, 2022, decreed the opening of a criminal case against him.

The criminal case is opened for the alleged commission of a crime against the economic order in the form of money laundering that occurred during the acquisition of the newspaper Panamá América.

It is important to note that the Third Settlement Court for Criminal Cases issued summons to trial No. 23 of December 9, 2022, within the term established by law, to issue the qualification of the legal merit of this criminal proceeding.

The judge set April 17 to 28, 2023 as the main hearing date, and May 23 to June 5, 2023 as the alternate date, both hearings at 9:00 a.m. Likewise, a defense attorney from the Institute of Public Defense, in the event that the private technical defense of the former President of the Republic does not appear.

The judge, after examining the summary, stated that the procedural records incorporated established the existence of precedent crimes that prove that the investigated funds had an illegal origin. Likewise, the court established the connection of former President Martinelli with the crime of money laundering, for which reason, it decrees the opening of a criminal case as an alleged infringer of the legal provisions contained in Title VII, Chapter IV, Book II, that is, for the crime of money laundering.

Judge Baloísa Marquínez M., denied an annulment motion for violation of electoral criminal jurisdiction, which had been presented by the private technical defense. In addition, the common period of five days was established for the parties to adduce the evidence they deem appropriate. 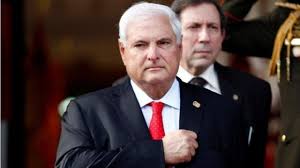 With the motto “We serve from the heart”, Grupo Ramos

The UTE rates will have an average adjustment of 3.5%

Spain already has ambassador in Caracas, two years later. The

The national government made official the payment with bonds to CABA

Fernández announced the payment of co-participating funds to CABA to

Video: In seconds they steal tires from parked high-end vehicles