This Friday the forest fires continue in Cordovawhere, despite the efforts of the firefighters, an active focus remains on the San Luis Coast, in Panaholma, Mina Clavero jurisdiction.

In the province There have been several conflagrations for days, mainly due to the burning of grasslands. Even during this week, four people were captured for having caused fires in Cordova.

The Secretariat for Climate Risk Management and Catastrophes of Cordova reported that, furthermore,The fires of Potrero de Garay, General Deheza and Las Perdices, Villa Giardino and Villa Las Rosas continue to be guarded by ashes.”.

Claudio Vignetta, secretary of Climate Risk Management, indicated that in Panaholma “the barracks and the Traslasierra ETAC are working at all points” and confirmed that Route 15 is cut, where “a widening is being done to achieve hold the fire.” 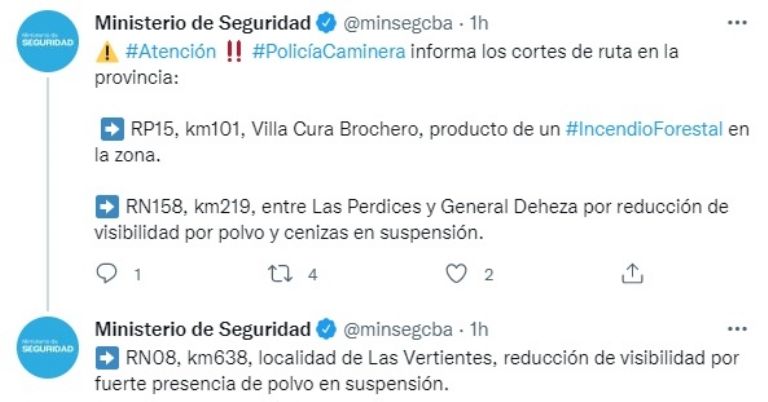 There are also cuts in the RN158, km219, between Las Perdices and General Deheza; and in RN08, km638, locality of Las Vertientes due to reduced visibility due to dust and ash in suspension.

Vignetta expressed that “We are all fire stations on yellow alert, with crews ready to leave immediatelyand the Technical Team of Action before Catastrophes is already patrolling the critical zones to detect possible columns of smoke and to attack them quickly”. 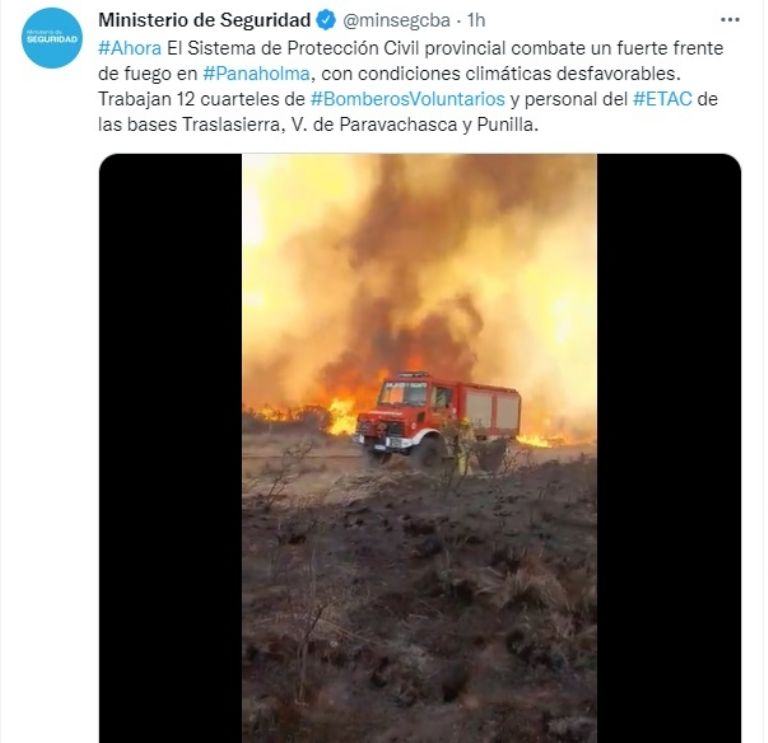 And he added: the support of the entire community is required, as well as extreme precautionary measures to avoid new forest fires in the provincewhere the flames have consumed more than five thousand hectares.

The Secretary of Risk Management explained that, despite the efforts of the firefighters and the support of hydrant planes to contain the fire, the weather conditions are adverse and do not favor the situation, so the authorities remain on alert.

“The weather conditions continue to be totally adverse. The next few days will be critical and the extreme risk of fires will continue in the province until Saturday afternoon” he indicated.

Another kidnapping in Amambay: they released a minor and a laborer, a fortune would have been paid

The San Antonio prosecutor, Laura Ávalos, who is involved in

Good news for businesses that have not yet managed to

They ask to facilitate more investment in renewable energy

Antonio Novas says that with more renewable energy there would

Last Monday, through its Official Gazette, the Ministry of Health reported that the photos of physical

In the case of chronic diseases, recipes can be used by image

Ricardo Pesenti, head of the Argentine Pharmaceutical Confederation, said that from that entity the end of

Soria: "The government of Cambiemos created a mafia that set up a parallel State"

Soria denounced the formation of a “parallel State”. Photo Maximiliano Luna. The Minister of Justice, Martín

Joe Lewis staff were reported for threatening protesters. / Photo: MTE Press A group made up